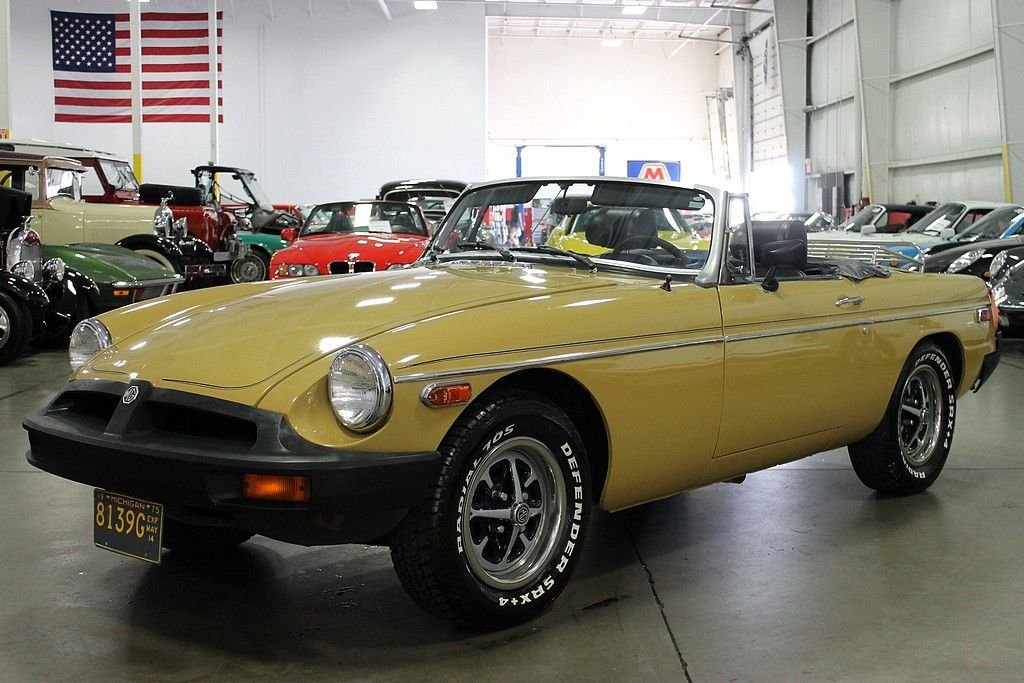 The classic MGB's continued the stronghold that MG had over the market of small roadsters than began post World
War II. With great styling and handling (featuring a better suspension than MGA's) the MGB continued to gain popularity in
the United States. 1975 marked the 50th anniversary for MG, and this example here is coated in Harvest Gold for the “Golden Anniversary.”

This MGB offered here has 1798 cc four cylinder mated to a four speed manual transmission that is all-synchromesh. The direct rack and pinion steering gives great handling and is ready to tour around anywhere you want to bring it. The interior remains in good shape and just recently received a brand new top. The paint is in great shape as well. This car also features rally wheels with beauty rings that are in good shape, it also has a full size spare and a jack.

Production of the MGB began in October 1962 just after the production of the MGA had ceased. Though often referred to as a roadster, the MGB had roll up windows, outside door handles and vent wings. A Mark II version was added in 1967, and the car stayed in production until 1980, becoming one of the most successful British sports cars of all time, with a total of over 300,000 cars being exported to the U.S. alone. Don't miss out on this opportunity to own this Anniversary Edition!