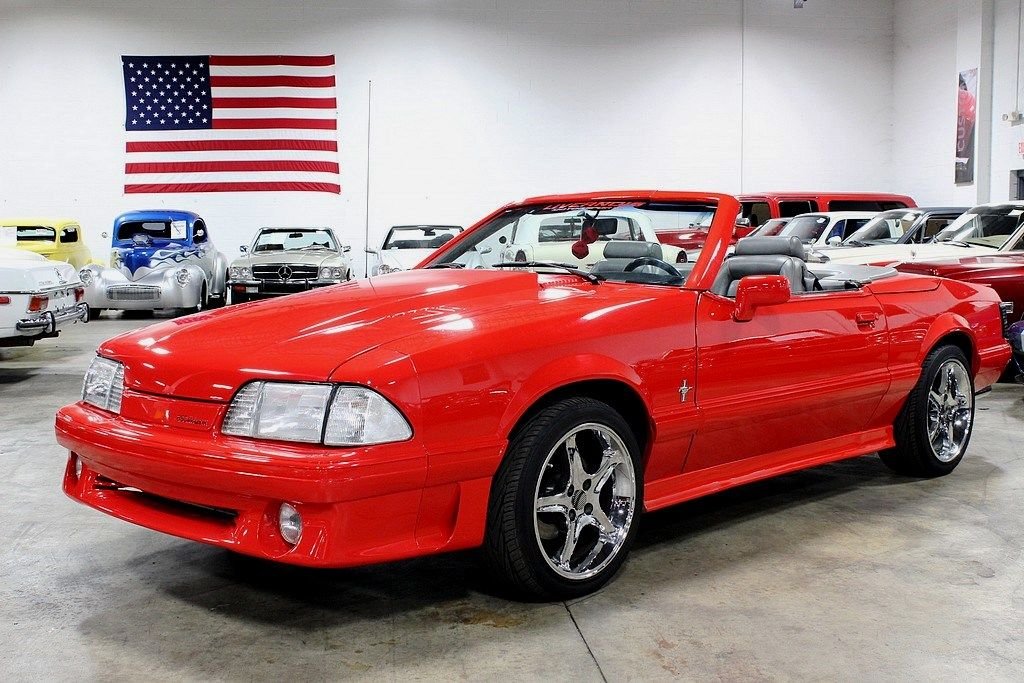 Up for consideration is this 1988 Ford ASC McLaren Mustang Convertible. The Ford ASC McLaren Mustang was a joint effort that came about to produce a convertible Fox Platform Mustang. The car was the brain-child of engineer Peter Muscat. He came up with the idea when his wife, a Ford employee, was not allowed park her Mercedes SL in the parking lot. In '82, he converted a '80 coupe into a 2 seat convertible, complete with a canvas top that folded underneath a hard cover, hiding it completely out sight. After the car was complete, he showed the car to Ford. Ford was planning a topless Mustang for the 1983 model year and after reviewing Muscat's design, Ford contacted American Sunroof Company (ASC) to design and build the cars based on Muscat's original design. McLaren came on board to supply springs, shocks, struts, and wheels.

The car was produced from 1987-1990 with a total production of just 1,806. This example is equipped with the standard running equipment for the 1988 model year including the 302ci 5.0L V8 mated to an automatic transmission, power steering, power brakes with front discs, power windows, power locks, and a power tonneau cover to store the manual closing top. The car is believed to be a 3-owner vehicle with the ownership starting in Illinois before moving to Arizona for a number of years and finally to Michigan with the current owner for the past 10 years.

The vehicle itself is in very good mechanical condition, very good cosmetically on the interior, and good cosmetically on the exterior. The noticeable blemish to the exterior is the missing passenger mirror but the wiring remains there ready for a replacement. The car was featured on the cover of the Rotunda Times magazine in June 2005 and May 2007 and also featured in Mustang Milestones magazine in 2008. Aftermarket upgrades include Saleen chrome wheels, headers, and a performance exhaust. The sale includes the owner's manual, original hood, original wheels, and a mountain of receipts and documentation from over the years. Don't miss out on this opportunity to own a rare and unique piece of Mustang history!