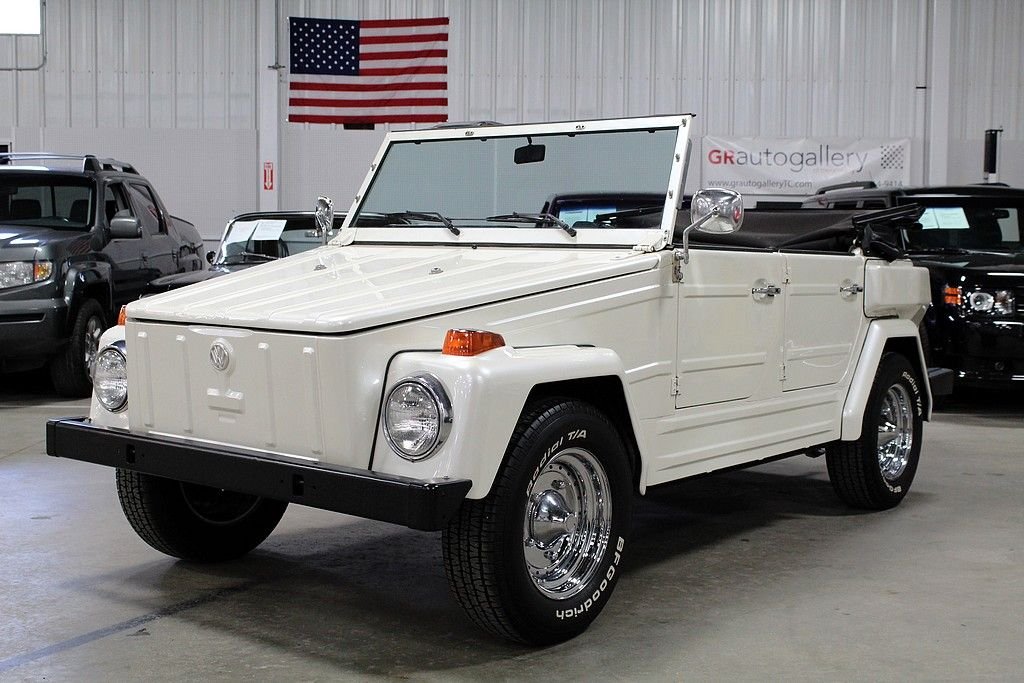 Originally brought to the design table as a light weigh military vehicle that could be mass-produced for various national and military government groups. It was put on the back burner several different times including by VW when it was first approached to do a like project in the mid 1950's.

VW had built a similar vehicle called the Kubelwagen for military use during WWII and they thought the project would not yield what they wanted to until the 60's under a different management and at that time they saw potential so they moved forward with the project.

It used several components from the VW Bus, Beetle and Karmann Ghia, which had a wider floor pan than the Beetle.

The production numbers of these “Things” were not very high and were only around several years. In fact, here in the US they were only sold 1973-1974 and dropped in 1975 due to stricter US Safety standards.

The type 181 that we are offering here shows remarkably well and runs and drives as it should. The body received a restoration with new paint several years ago and is in nice condition. The interior is like new with a full soft top with side curtains.