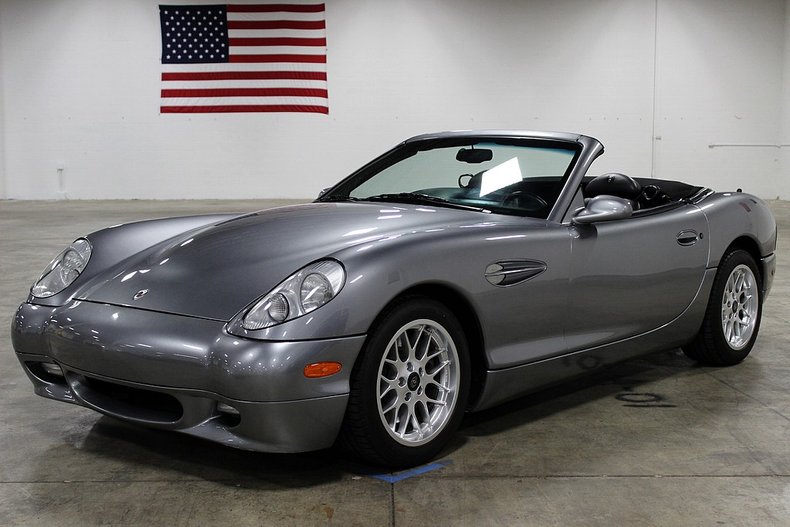 Panoz, LLC is an American manufacturer of sports and racing cars that was founded in 1989 in Braselton, GA as Panoz Auto Development by Dan Panoz, son of pharmaceutical and motorsport mogul Don Panoz. Panoz products have included the Panoz Roadster, AIV Roadster, and the Esperante. All Panoz road cars are tested at the Panoz-owned Road Atlanta in Braselton, GA and hand built at the Braselton workshop. Panoz Racing has also shown what the company is capable of by winning the 55th annual Mobil 1 12 Hours of Sebring race in 2006 as well as having a substantial outing at the 2006 24 Hours of Le Mans.

Since 1997, Panoz cars have competed in multiple racing series around the world. Panoz has shifted its American Le Mans and European racing programs toward production-based classes that allow Esperante variants to be raced in modified form. This 2002 Esperante Roadster offered here sports a hand assembled DOHC 32 valve 281ci 4.6L V8 engine producing 320hp and 317lb. ft. of torque mated to a Tremec T45 5-speed manual. With the car made of carbon fiber and aluminum, it weighs just 2,600lbs, which makes it capable of 0-60mph in 5 seconds with a top speed of 150mph.

GR Auto Gallery is proud to present this 2002 example that is luxuriously equipped with power steering, power brakes, A/C, heat, traction control, cruise control, power top, 17” BBS aluminum wheels, and stereo system. It is painted the optional Titanium, which is a $2,500 option, bringing the original MSRP to $92,950 which was sold new through Auto Europe in Birmingham, MI. Panoz only made 177 roadsters between 2001 and 2006 so don't miss your chance to own one of the rarest and most unique vehicles with a rich racing heritage out there!