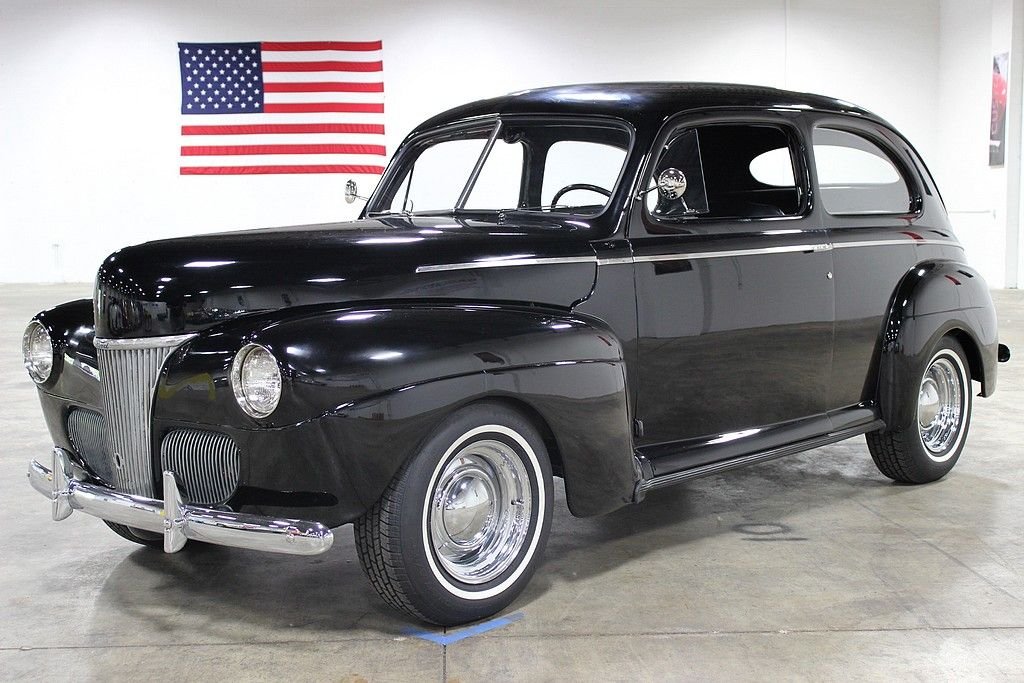 The Ford car was thoroughly updated in 1941, in preparation for a time of unpredictability surrounding World War II. The 1941 design would continue in an aborted 1942 model year and would be restarted in 1946 and produced until the more modern 1949 Fords were ready. During the initial year of this car, it evolved considerably. The front fenders came in three pieces, the theory being that small damage could be replaced easily. During the year, it evolved into 2 pieces with the lower front and back sections being joined. The hood risers changed, the early ones being the same as 1940 Fords, changing during the year to the better later version.

Uniquely, the ignition key for these cars was actually used to operate a bolt lock which, on one end, unlocked the steering column and on the other end unblocked the ignition switch, allowing it to be operated. Starting the car was then accomplished by pressing a pushbutton on the dashboard, another feature destined to return with the advent of smart keys.

This '41 is equipped with the popular 221ci V8, which remained as the top-line engine and was standard in Deluxe models. This vehicle also has a new black and white interior that is very classy and comfortable. It also sports an aftermarket AM/FM radio with CD player as well as an electric fuel pump that is operated manually via a switch under the dash during start up. There is over $2,600 in recent receipts. The three-on-the-tree performs as it should with no issues. Do not miss your chance to own a unique piece of American history from the time period just before WWII!!!

To see over 80 photos of this car, including the under carriage, please visit our website www.grautogallery.com