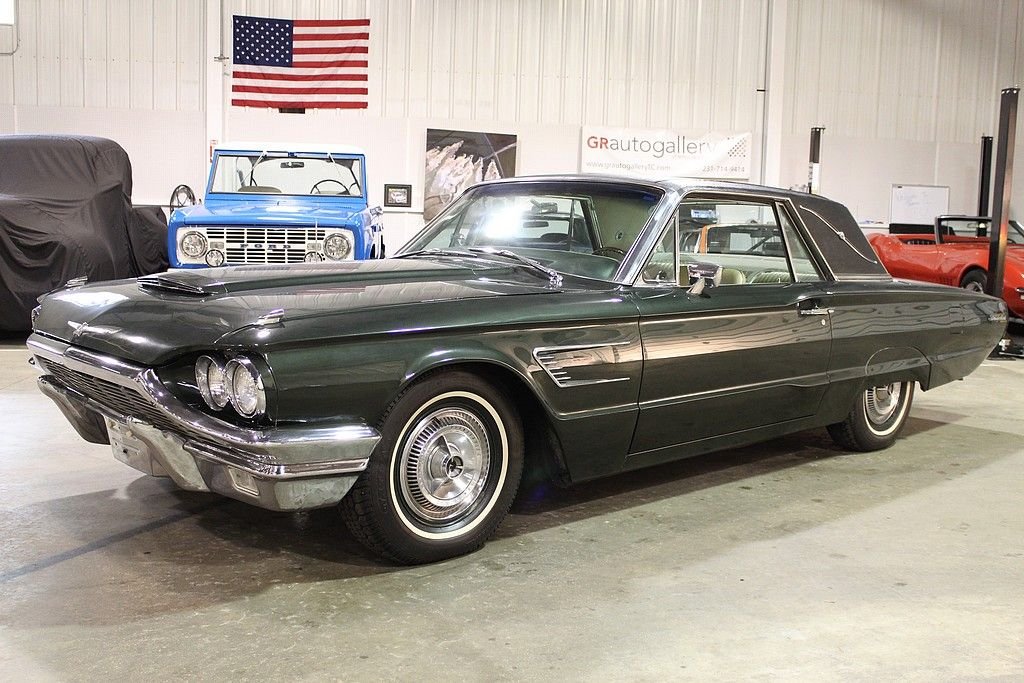 The Ford Thunderbird began life in February 1953 in direct response to Chevrolets new sports car, the Corvette, which was publicly unveiled in prototype form just a month before. Under rapid development, the Thunderbird went from idea to prototype in just about one year. Like the Corvette, the Thunderbird had just two seats and was a convertible layout. This design was a very sleek and more athletic than anything that Ford had put on the market.

Although the Thunderbird had been considered a rousing success, Ford executives decided that the cars position as a two-seater restricted its sales potential. As a result, the car was redesigned as a four-seater for the 1958 model year. They were right and the first year of the four-seat combination outsold the previous generation by 16,000 units.

And it is that ingenuity that has led to eleven design changes throughout the years. In fact, the car we offer here today is only 10 model years newer than the first generation and it was the 4th design change. It was re-styled in favor of a more squared-off appearance, which was mostly evident when viewing the car from the side or rear.

The car we offer here is a older restoration, retaining much of its original interior that is in nice condition. It is also a nice running and driving car. The body and underside is showing signs of age. You could drive the car as-is or would be a perfect candidate for a restoration. This is a factory air car however is not operational at this time.

To see over 80 photos of this car, including under carriage please visit: http://grautogallery.com/vehicle-details.php?id=406