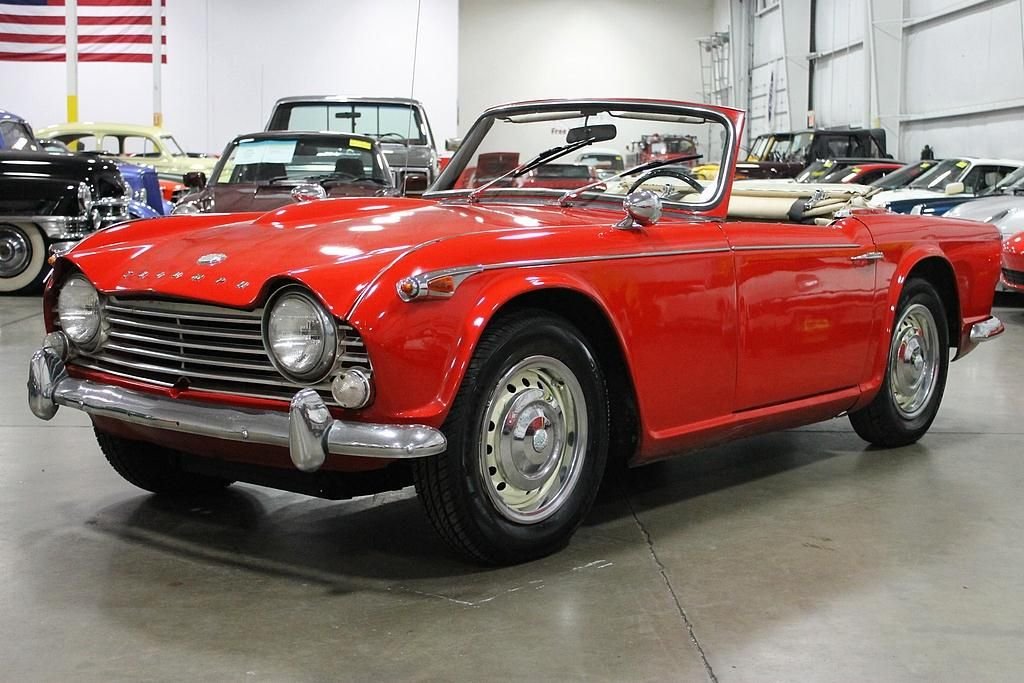 Triumph Motor Company's TR4A was in production from the years 1965-1967 with the TR4 as its predecessor and the TR5 its successor. 1968 was the final model year for the TR4A and the example offered here featured the desirable “IRS” (independent rear suspension) badging, which was installed on about 75-percent of the TR4A's in order to maintain the public's demand at the time for comfortable riding sports cars. The final TR4A (CTC 78684) was built on July 10, 1967. Our car is CTC 78377L (L stands for left side driver), meaning is was within the last 300 or so ever built, with only 3,633 built that year. Being that is was the final year, this model had all the factory upgrades including a modified gearbox and clutch housing, substituted Stromberg carbs for twin SU HS6 carbs, and modified temp sender/gauge (see more TR 4A info at http://www.vtr.org/TR4A/index.shtml)
The car has been under the care of one man since 1993. It is by no means a show car but has potential to be one with some restoration work. It has been garage kept and driven locally to weekend car shows. According to the previous owner, it does retain the original 2.1L Inline-4 Cylinder engine with 4-Speed manual transmission and odometer is honest. The engine has been gone through with receipts available. We added new air cleaners as well, which look nice under the iconic asymmetrical bubble hood. The desirable red paint remains in decent shape with a white soft top and black seats.
TR4A's are hard to come by in general but restored/original examples have been known to bring high $20k's or even low $30k's. As far as British sports cars go, this is a timepiece and a great investment at the price offered here.