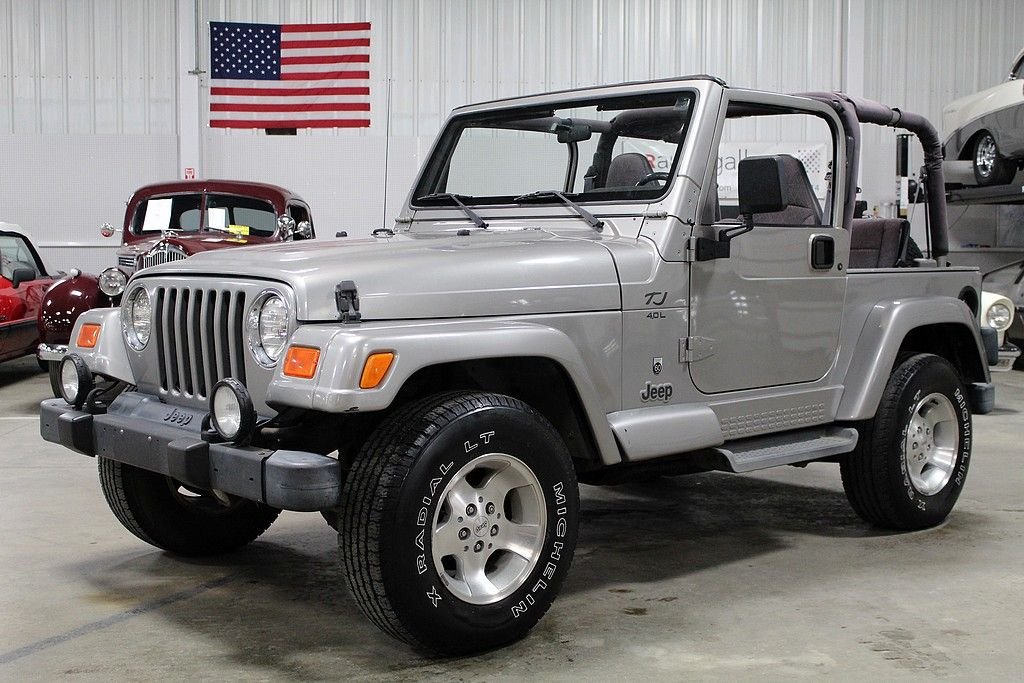 The Jeep Wrangler needs no introduction as it has had the same styling since its inception in the mid 40's, known then as a CJ and built by a handful of different manufacturers all the way through the 80's.

The jeep was introduced in 1941 and was a first used during WWII. It was shipped all over the world to be used by the US and their allies. It proved to be a key component and tool used to win the war. It was tough and reliable and could be taken apart and shipped anywhere at anytime.

After the war, a more road friendly version was introduced for civilian use. They were built in many different countries and called many different names, but one thing holds true is that vehicle has had a cult following for decades.

The 2001 offered here is a very desirable 60th anniversary edition that boasts all of the same features as a Sahara except for the seats, decals and trim. It came standard with fog lamps and tow hook group. The only two options were speed control and dual tops and the only colors offered were black or Silverstone metallic. There were only a little over 2200 Silverstone metallic ones built for 2001.

This particular jeep has been a California vehicle most of its life and is in very good condition. The interior is slightly faded but free of any tears or rips. The owner states that this jeep has rarely been off-road and never abused. It has been driven and is not perfect but very presentable and priced to sell. This particular Jeep is offered with the much desired 5-speed transmission, sound bar and hard top.