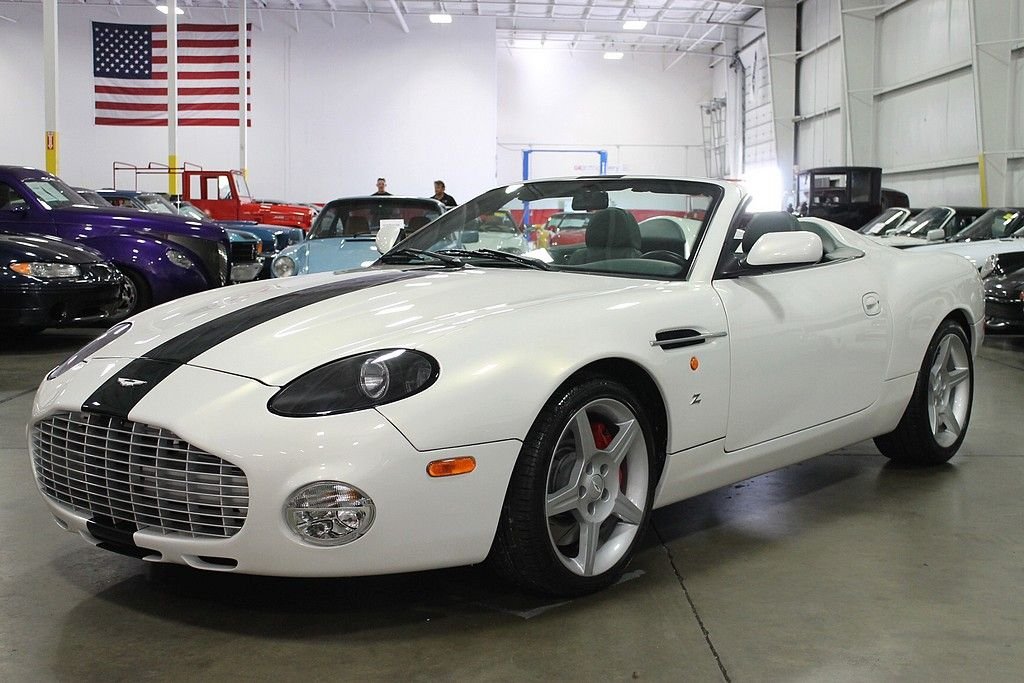 Aston Martin enjoyed significant growth as the new millennium approached, the direct result of the very successful DB7, which was produced from 1994 through 2003. To commemorate the end of DB7 production, Aston partnered with Zagato, of Italy, on a new project, recalling the famed DB4 GT of the 1960s, as well as the stunning Vantage and Volante Zagato of the late-1980s.

The DB AR1 Zagato Roadster was first shown at the Los Angeles Auto Show in 2003, where it was an immediate sensation. The limited run of just 99 cars that followed was approved for production, with all units destined for sale in the United States only, resulting in the AR1, or “American Roadster,” designation. Hugely popular to this day, the car has become something of the Aston Martin equivalent of the Ferrari California Spyder, a fast two-passenger car intended for the market that loves them.

The overall appearance of the AR1 is quite breathtaking, with the all-aluminum coachwork highlighted by its sweeping lines and a pair of speedster-style fairings on the rear deck. Additional unique features include a large radiator grille reminiscent of the DB4 GT Zagato, as well as the specially offset, multi-spoke 19-inch alloy wheels and aggressive low-profile Yokohama performance tires, which necessitated a pair of enlarged rear wheel arches.

The stunning 2003 Aston Martin AR 1 Roadster offered here is number 96 of the 99 cars manufactured for the world market. . It is the only one finished in Special Order Paint to Pearl White with Dark Green Racing stripe from the factory over the stunning hand stitched Hardymon Green Leather, Charcoal carpeting edged in Hardymon Green. The car is powered by is 435bhp 6.0 liter V12 engine with four overhead camshafts and four valves per cylinder (Engine number 0469), power is transferred via its six speed manual transmission with twin-plate racing clutch and applied via its rear wheel drive system. Four-wheel independent suspension and four-wheel Brembo disc brakes give the car its sure footed handling and stopping power. With only 1550 miles from new, this DB AR1 is a striking, high-performance, limited edition automobile in the finest Aston Martin tradition. The car is nearly as new and as striking today as it was the day the build was finished. The limited production, exhilarating performance and sheer presence this car possesses, this car is a must have in any collection or for any sports car enthusiast.