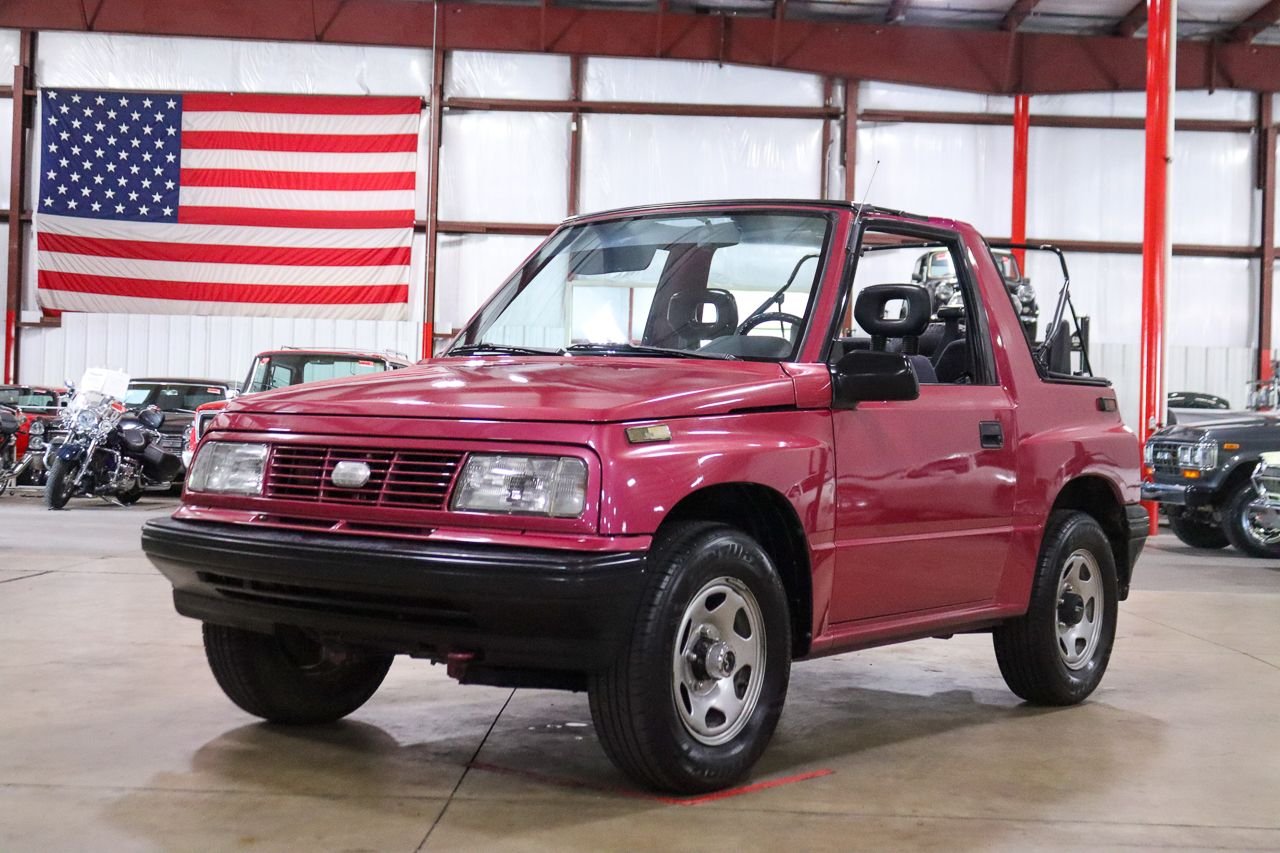 The Geo Tracker was a mini SUV introduced in late 1988 as a 1989 model. It was developed by CAMI which was a joint venture between General Motors of Canada and Suzuki. North American models were to be built in CAMI's Ingersoll, Ontario, Canada plant alongside its almost identical twin, the domestic-built Suzuki Sidekick (Escudo). Nearly all 1989 and some 1990 Trackers were built in Japan and imported to the US because of delays at the CAMI factory in Canada. In late 1989, production began in Ingersoll with about 6,100 Geo Trackers finished, with annual production projected to be around 200,000 units. In the beginning, all Canadian-made Trackers were sent to the United States to circumvent the 25 percent Chicken Tax; the Canadian market was supplied entirely from Japan.1 Suzuki Sidekicks were added to the production line during 1990.

GR Auto Gallery is pleased to bring to market this well kept 1994 Geo Tracker for your consideration. It is finished in Metallic Magenta over a black and gray cloth interior that is neat and tidy. It is powered by its Suzuki made 1.6L 4 cylinder engine paired with a automatic transmission. The Tracker offered here appears to be very solid and the body is straight. This example is in excellent condition both mechanically and cosmetically. Other highlights include rear mounted spare tire, tilt steering column, AM/FM/CD player. The Tracker rides on its 215/70R15 tires mounted on steel wheels.