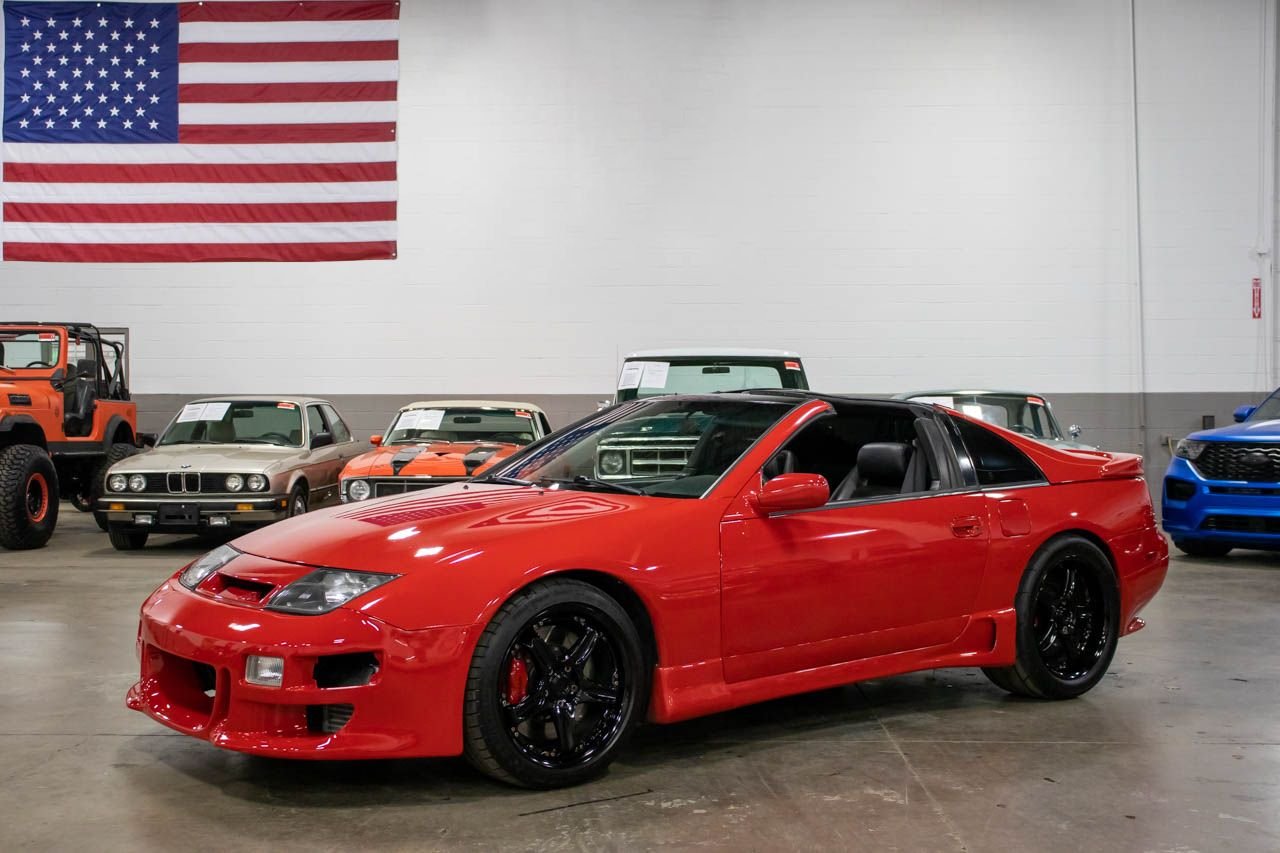 GR Auto Gallery is pleased to present this highly modified, 1991 Nissan 300ZX Twin Turbo for your consideration. This 300ZX comes to us from a local car collector that has owned this one for 20+ years, and had the full build done. The vehicle is suiting a beautiful Red exterior paint over a black interior. Powering this Nissan is a fully built 3.0 Liter V6 making over 850whp paired with a built 5-speed manual transmission with a built LSD. This 300ZX comes with some great features and modifications such as; Garrett BB 2860 Gen 2 turbos, ID 1300 injectors, BDE top-feed fuel system with Weldon FPR and twin Walbro 4161ph pumps, tuned full E85 and flex-fuel, Kenwood Radio, Rockford Fosgate AMP, Carbon Fiber fan shroud, and Volk Racing wheels. We have a very large folder of receipts and build information, along with dyno sheets for this vehicle that will be included with the sale. Drive this one out of our showroom or have us assist with shipping it to you anywhere in the United States! Don't hesitate to give us a call with any questions or for more information.

The Nissan 300ZX is a sports car that was produced across two different generations. As with all other versions of the Z, the 300ZX was sold within the Japanese domestic market under the name Fairlady Z. It was sold in Japan from 1983 to 2000, and in the United States from 1984 to 1996, the 300ZX name followed the numerical convention initiated with the original Z car, the Nissan S30, which was marketed in the U.S. as the 240Z. The addition of the "X" to the car's name was a carryover from its predecessor, the 280ZX, to signify the presence of more luxury and comfort-oriented features. The first generation 300ZX known as the Z31 model was produced from 1983 through 1989 and was a sales success becoming the highest volume Z-car for Nissan. To become even more competitive in the sports car market, the second generation Z31 was driven up-market. It was redesigned to be faster and feature more advanced technology, but came with a higher price than its predecessor, with consecutive price increases each model year of availability. As such, sales dwindled each year, a trend in the higher-end sports car market at the time, and Nissan placed a hiatus on selling new Nissan Z-Cars to the US after the 1996 model year, though the car would continue to be sold in the Japan domestic market until 2001 in low production numbers. Car and Driver placed the Z32 on its Ten Best lists for seven consecutive years, each model year of its availability in the United States. Motor Trend awarded it the 1990 Import Car of the Year. The Nissan 350Z, officially the Z33 generation Z-Car, succeeded the 300ZX in 2003.