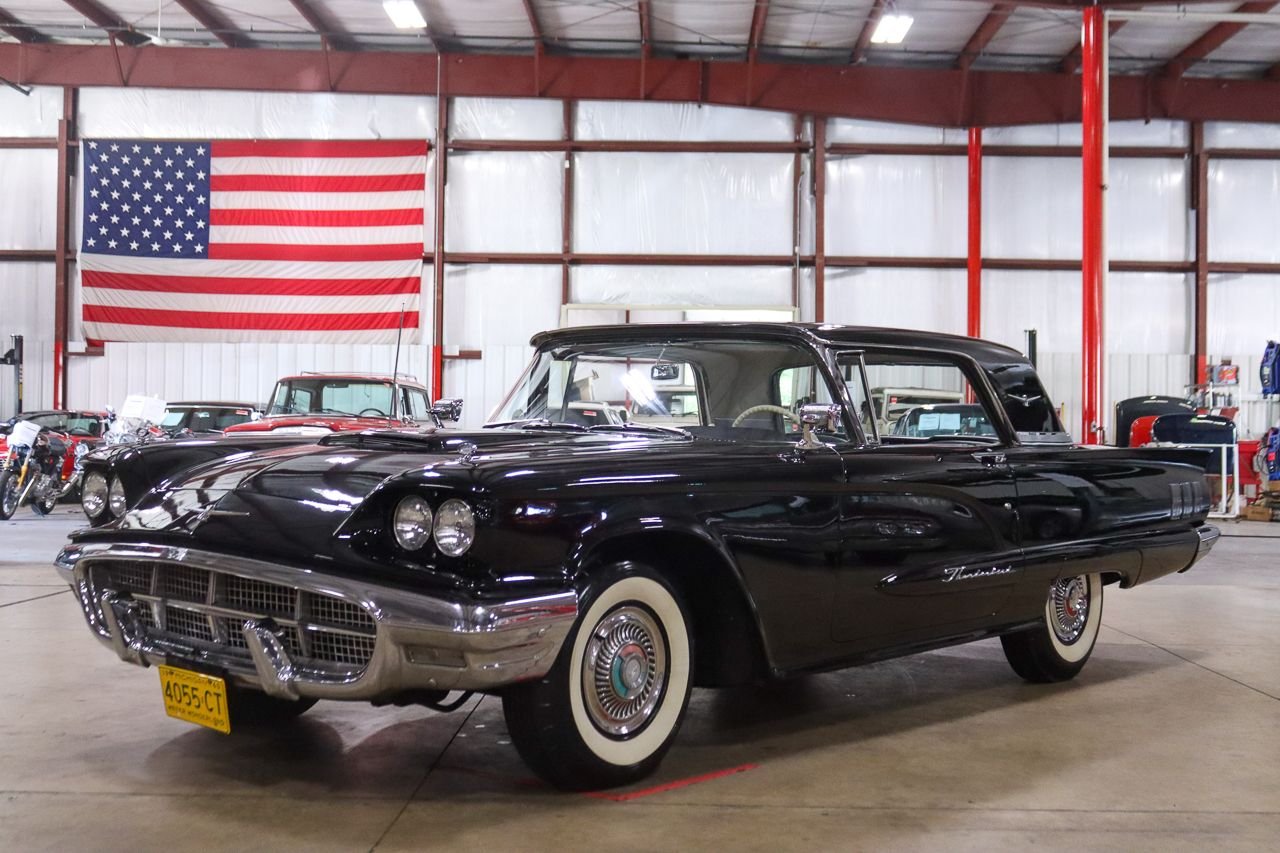 The Thunderbird began production in 1955 and only started with two seats and with a convertible top. This was very unlike the competition of that era such as the Corvette which was marketed much more like a sports car than the Thunderbird. Ford created an entirely new segment for marketing and was classified as a “Personal Car” which provided more room and luxury. By 1958 they had extended the model even further than before and added a second row of seats which became even more popular due to the convenience of space. This trend of growing the size of the Thunderbird continued and the model became much larger for several generations until 1977 as the market had changed and demanded more of a smaller sized vehicle. The earlier convertibles were had a true soft convertible top and would store directly within the trunk which not only was powered using hydraulic cylinders moving this up and down, but also had a very sleek look with no trace of a top when lowered. This required no boot to cover it and became quite popular.

This shining example of a 1960 Ford Thunderbird is in excellent condition. It is powered by its 352V8 paired with an automatic transmission. The Big Body bird rides on factory wheels with white wall tires. The interior is neat and tidy and shows in black and white vinyl seats. When the doors open all the interior lights pop on as they should. The doors shut like a vault and open with no sag. The car has power brakes, power steering. This car is sure to please and will not last long.