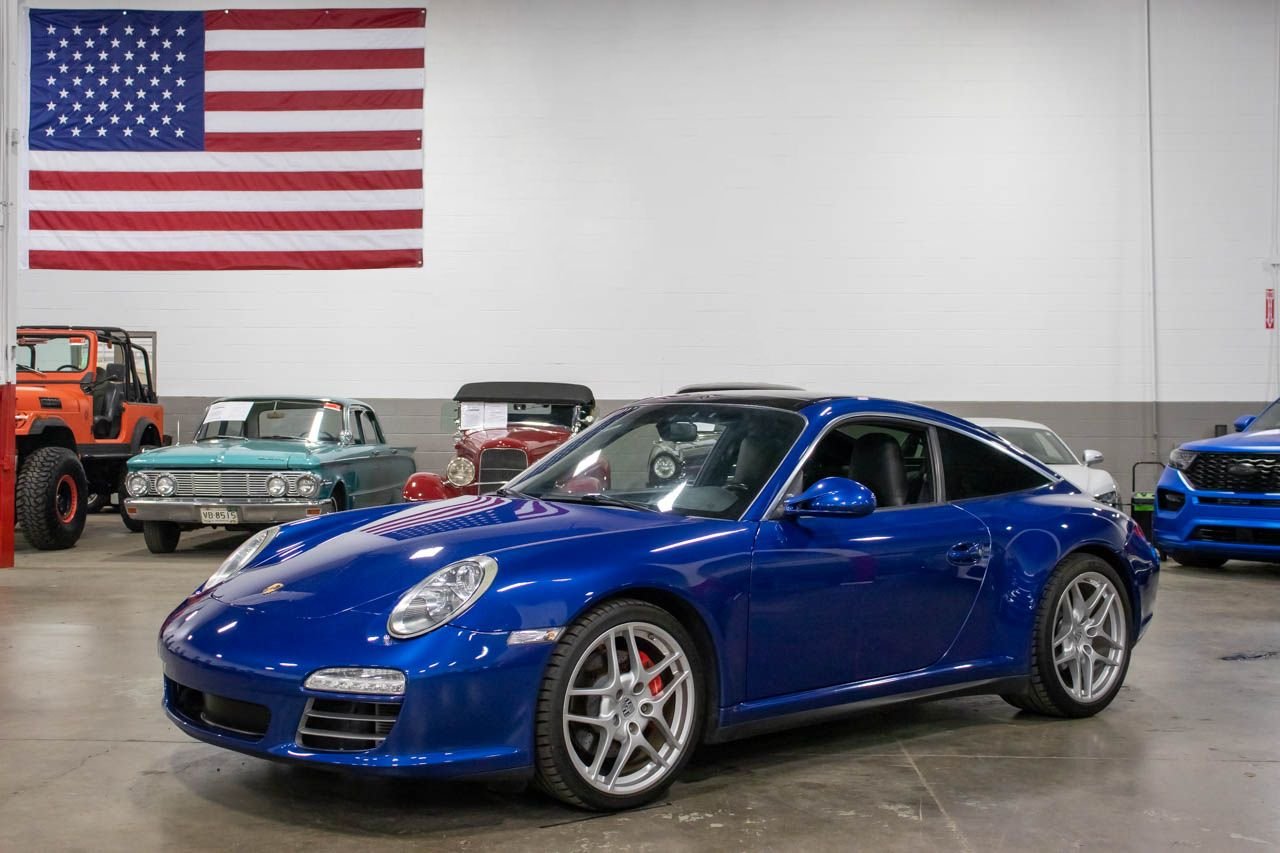 GR Auto Gallery is pleased to present this 2009 Porsche 911 Targa 4S for your consideration. This 911 comes in a beautiful Aqua Blue Metallic exterior paint over a clean Black interior. Powering this Porsche is a 3.8L Flat 6 paired with a smooth-shifting 6-speed manual transmission. This 911 comes with some tasteful modifications such as; new high-pressure injectors, Bilster Damptronic B8 struts, Numeric racing shifter, Gundo exhaust mod, speed tech cross pipe, GT2 side skirts, Alpine radio, Focal 3-way speakers, and Kicker amp. Drive this one out of our showroom or have us assist with shipping it to you anywhere in the United States! Don't hesitate to give us a call with any questions or for more information.

The Porsche 911 is a two-door 2+2 high-performance rear-engined sports car introduced in September 1964 by Porsche AG of Stuttgart, Germany. It has a rear-mounted flat-six engine and originally a torsion bar suspension. The car has been continuously enhanced through the years but the basic concept has remained unchanged. The engines were air-cooled until the introduction of the 996 series in 1998. The 911 has been raced extensively by private and factory teams, in a variety of classes. It is among the most successful competition cars. In the mid-1970s, the naturally aspirated 911 Carrera RSR won world championship races including Targa Florio and the 24 Hours of Daytona. The 911-derived 935 turbo also won the 24 Hours of Le Mans in 1979. Porsche won the World Championship for Makes in 1976, 1977, 1978, and 1979 with 911-derived models. In a 1999 poll to determine the Car of the Century, the 911 was fifth. It is one of two in the top five that had remained continuously in production (the original Beetle remained in production until 2003). The one-millionth example was manufactured in May 2017 and is in the company's permanent collection.