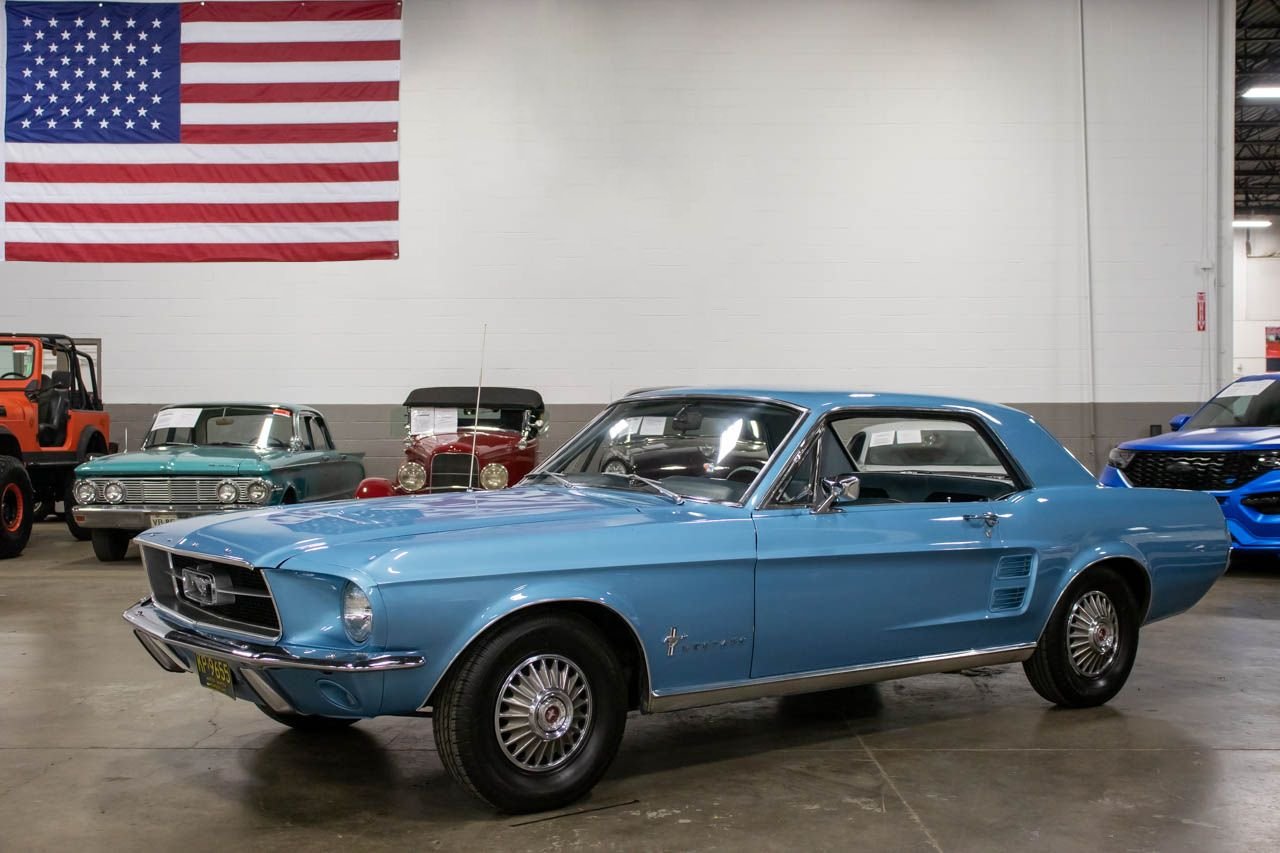 GR Auto Gallery is pleased to present this 1967 Ford Mustang for your consideration. This Mustang comes in a beautiful Blue Metallic exterior paint over a Blue interior. Powering this Ford is a 200ci Inline 6 paired with a 3-speed manual transmission. This Mustang has some nice features and modifications such as; Holley Sniper Electronic Fuel Injection, aftermarket radio, Custom Stainless headers, and a custom exhaust. We also have the original order sheet as well as the original application for the title. Drive this one out of our showroom or have us assist with shipping it to you anywhere in the United States! Don't hesitate to give us a call with any questions or for more information.

The first-generation Ford Mustang was manufactured by Ford from March 1964 until 1973. The introduction of the Mustang created a new class of automobiles known as the pony cars. The Mustang's styling, with its long hood and short deck, proved wildly popular and inspired a host of competition. It was initially introduced on April 17, 1964, as a hardtop and convertible with the fastback version put on sale in August 1964. At the time of its introduction, the Mustang, sharing its platform with the Falcon, was slotted into a compact car segment. With each revision, the Mustang saw an increase in overall dimensions and in engine power. The 1971 model saw a drastic redesign from its predecessors. After an initial surge, sales were steadily declining, as Ford began working on a new generation Mustang. With the onset of the 1973 oil crisis, Ford was prepared, having already designed the smaller Mustang II for the 1974 model year. This new car had no common components with preceding models.