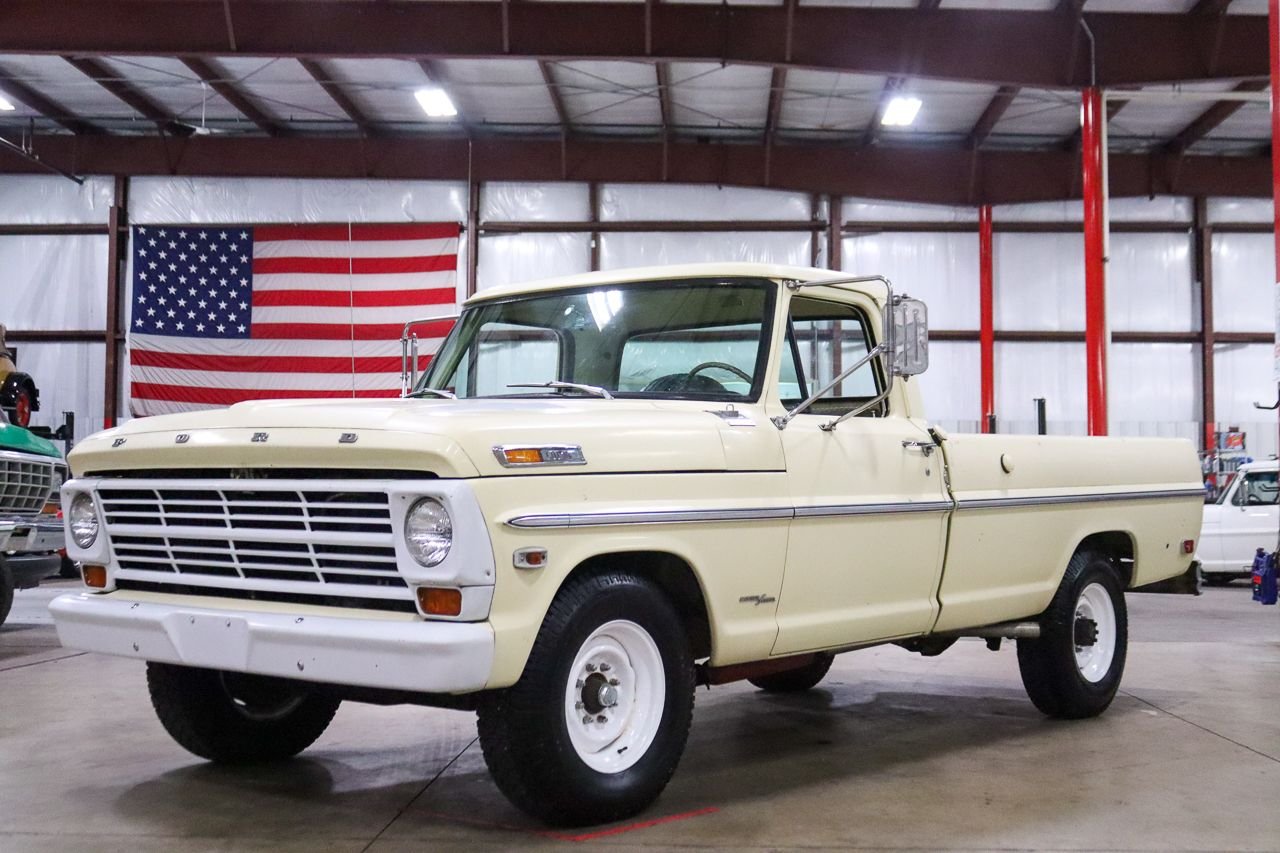 The Ford F250 was known for reliability and ruggedness and was an integral part of American history. Their timeless design, style and utilitarian nature make them useful classics to own and care for and they represent the American dream for many as they were used by many businesses and workers at a time considered great by many. The fifth generation of the Ford F-Series is a line of pickup trucks and commercial trucks that were produced by Ford from 1966 to 1972. Built on the same platform as the fourth generation F-series trucks, the fifth generation had sharper styling lines, a larger cab and greenhouse, and expanded engine options. Three trim levels were available during the production of the fifth generation F-series, though the names were changed in 1970. The "Base" trim became the "Custom" and the "Custom Cab" became the "Sport Custom" joining "Ranger" as optional levels of equipment and trim. Late in production the Ranger trim level was upgraded with the additional "Ranger XLT" option.

The 1968 Ford F250 Camper Special for your consideration. The truck is powered by what appears to be a 360 V8 and is paired with an automatic transmission. The truck runs and handles as well. It does have AC under dash and the compressor under hood, however it is not hooked up and functioning and is missing the belt as well. The Camper Special rides on LT235/85R16 BF Goodrich tires and comes with a spare mounted in the bed as well. The truck also has AM radio, Holley carburetor, tachometer.