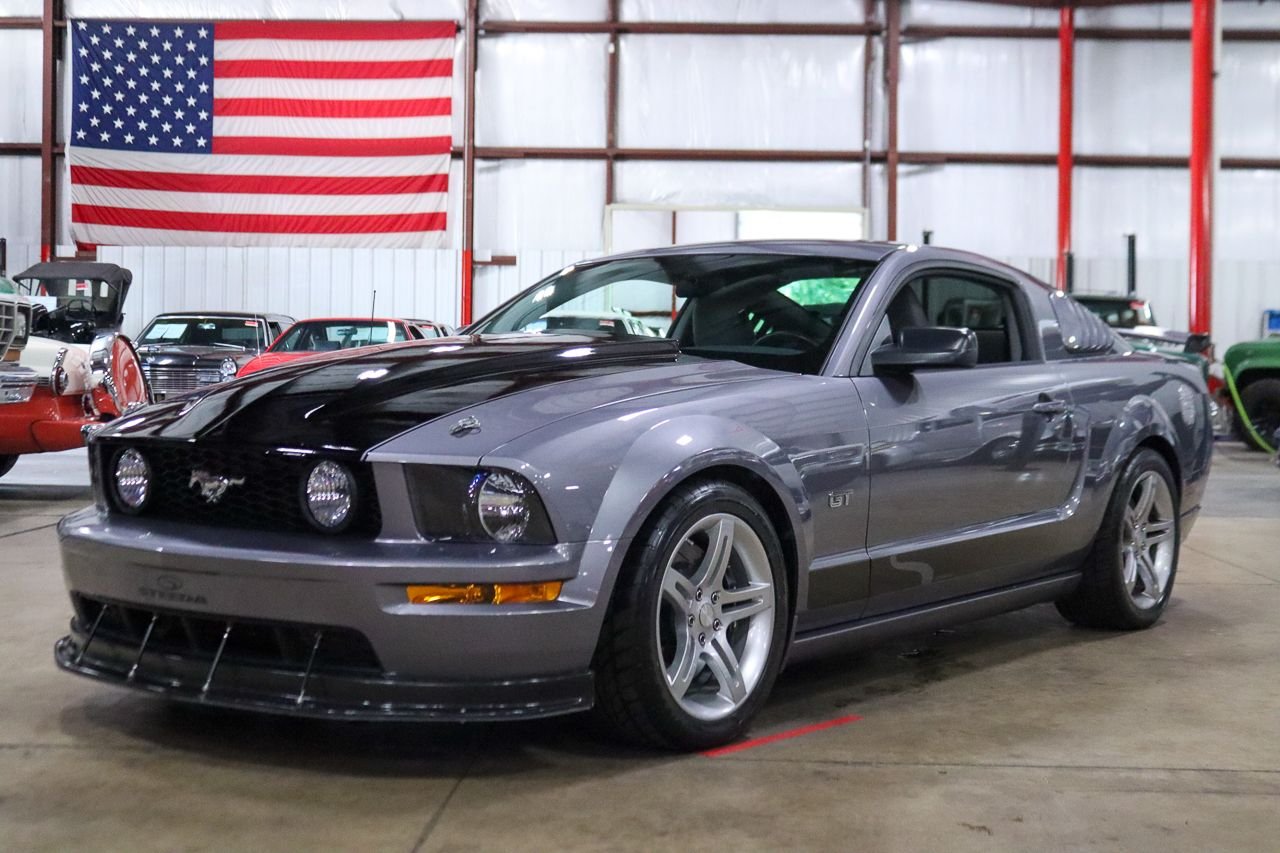 The GR Auto Gallery is pleased to present this two-owner low mile 2007 Ford Mustang GT for your consideration. Powering this Pony is a 4.6 Liter V8 motor paired to a stout 5 Speed Manual transmission. The extear on this in a Satin Silver and a metallic intear. This Mustang comes with 2 sets of keys, radio Am and FM, bluetooth, and A/C. This GT is exactly what you want your car to look and feel like.
Ford introduced a re-designed 2005 model year Mustang at the 2004 North American International Auto Show, codenamed "S-197", that was based on the new D2C platform. Developed under the direction of Chief Engineer Hau Thai-Tang, a veteran engineer for Ford's IndyCar program under Mario Andretti, and exterior styling designer Sid Ramnarace,58 the fifth-generation Mustang's styling echoes the fastback Mustang models of the late-1960s. Ford's senior vice president of design, J Mays, called it "retro-futurism." The fifth-generation Mustang was manufactured at the Flat Rock Assembly Plant in Flat Rock, Michigan.For the 2005 to 2010 production years, the base model was powered by a 210 hp (157 kW; 213 PS) cast-iron block 4.0 L SOHCV6, while the GT used an aluminum block 4.6 L SOHC 3-valve Modular V8 with variable camshaft timing (VCT) that produced 300 hp (224 kW; 304 PS). Base models had a Tremec T5 5-speed manual transmission with Ford's 5R55S 5-speed automatic being optional. Automatic GTs also featured this, but manual GTs had the Tremec TR-3650 5-speed.59

The 2010 model year Mustang was released in the spring of 2009 with a redesigned exterior — which included sequential LEDtaillights — and a reduced drag coefficient of 4% on base models and 7% on GT models.60 The engine for base Mustangs remained unchanged, while GTs 4.6 L V8 was revised resulting in 315 hp (235 kW; 319 PS) at 6000 rpm and 325 lb⋅ft (441 N⋅m) of torque at 4255 rpm.61 Other mechanical features included new spring rates and dampers, traction and stability control system standard on all models, and new wheel sizes.