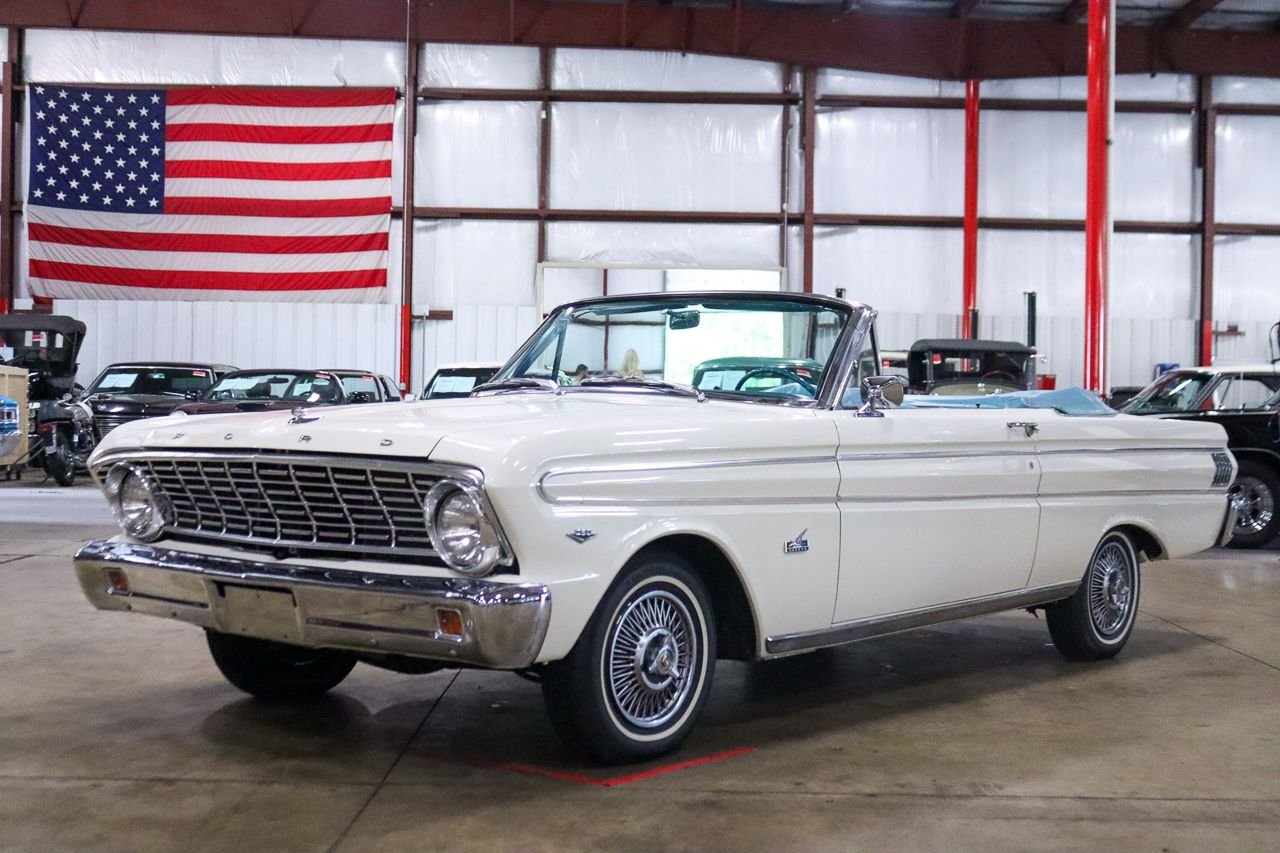 GR Auto Gallery is pleased to present this 1964 Ford Falcon Convertible for consideration. This Falcon is finished in Wimbledon White over a teal blue interior which are both in great shape. The engine in the beautiful Falcon is a 260 V8 which allows you to fly down the back roads with your top down. This car also comes with power steering, power brakes, the original fender skirts, and a radio. In addition this car comes with the original owners manual. This is the car to take to a weekend show and come home with a first place trophy.

The Ford Falcon was an automobile which was produced by the Ford from 1960 to 1970 across three generations. It was a sales success for Ford initially, outselling rival compacts from Chrysler and Motors introduced at the same time. A redesign changed the Falcon's looks for 1964. The new look was more squared-off, more modern, as Ford pursued the youth market. Later in 1964, Ford's new offering for that market was launched: the Ford Mustang, based heavily on the Falcon's unitized frame design but with no compromises about its youthful, fun intention. TV commercials now used the character Hazel as well as the Peanuts cartoon characters. The Ford Motor Company was a sponsor of the show, and also sponsored The Ford Show during the late 1950s.