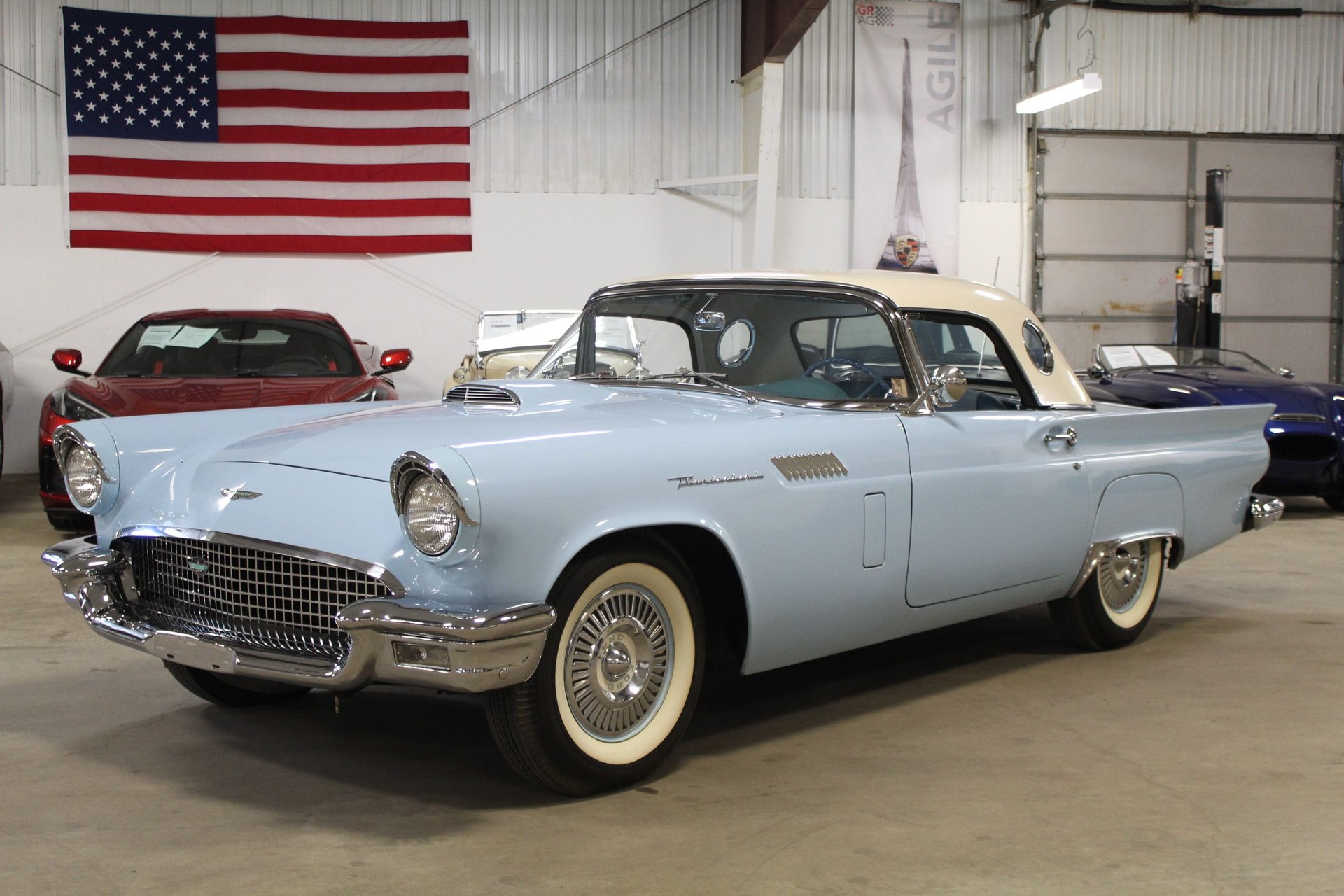 Ah, the iconic first generation T-Bird has to be one of the most loved cars on the planet. It was developed in direct response to the 1953 Motorama display by GM of the all new Corvette. You see, this was a first for the US automakers to conceive such small sporty cars but the European auto-makers were coming in droves to driveways across America in their sporty little roadsters. Dubbed the “Personal Car Of Distinction”, It would be lightweight and fitted with a V8 and capable of speeds over 100 MPH…..A brisk luxury touring car and not a sports car. There were a few design changes in the first gernation cars but nothing much and there were two engine options, the 292 or 312 Y Block Ford motors. Essentially the same motors with a longer stroke out of the 312. The casting # on the block on this particular car is a CZ 6015 C, which in my research most likely indicates it's a 312 but the only real way to tell is by pulling the motor. Either way this car is believed to me a all original unmolested 7,800 mile car from new. Here is the story; In 1957 this car was purchased new by the sellers father from L H Haberman and Son Ford in Zelienople, PA. The car was driven very sparingly until 1968 and then the car was parked until 2003. This is when his daughter, the seller purchased the car from the Estate and at that time her and her husband did a mechanical restoration to get the car up and running. The carb has been replaced but the original remains with the car. In addition to a full fluid flush including fuel system and sending unit, the brakes and master cylinder have been rebuilt, new rubber was added to the fender skirts, new tires etc….Anything to get the car running again. They also noticed that there were some rub marks under the factory hard-top, so they had that professionally fixed. The only other thing that I see is maybe a body repair on passenger side rocker but they know nothing of that. All the rest of the paint is original. The Eyebrows covering the headlights were not factory and were in fact a dealer installed option. They have trailered this car to a few different events over the years including a judged Thunderbird event where it was judged…This is not a Concourse restored car, it is very highly original with some paint fading, paint chips and such and we encourage any and all inspections of this once in a life-time time capsule. There is still a tag hanging off the exhaust and protective tape at the base of the kick boards on the interior that probably was missed during dealer prep. The seat appears to have been recovered but I was disputed that by someone that looked at the vehicle. This Bird starts nicely, shifts and goes down the road very nicely. This is a One top car which most of them were. I have the original dealer invoice, Thunderbird club scoring sheet, original owners manual, original parts that were replaced, spare, jack and shop manual. This is such a cool car…