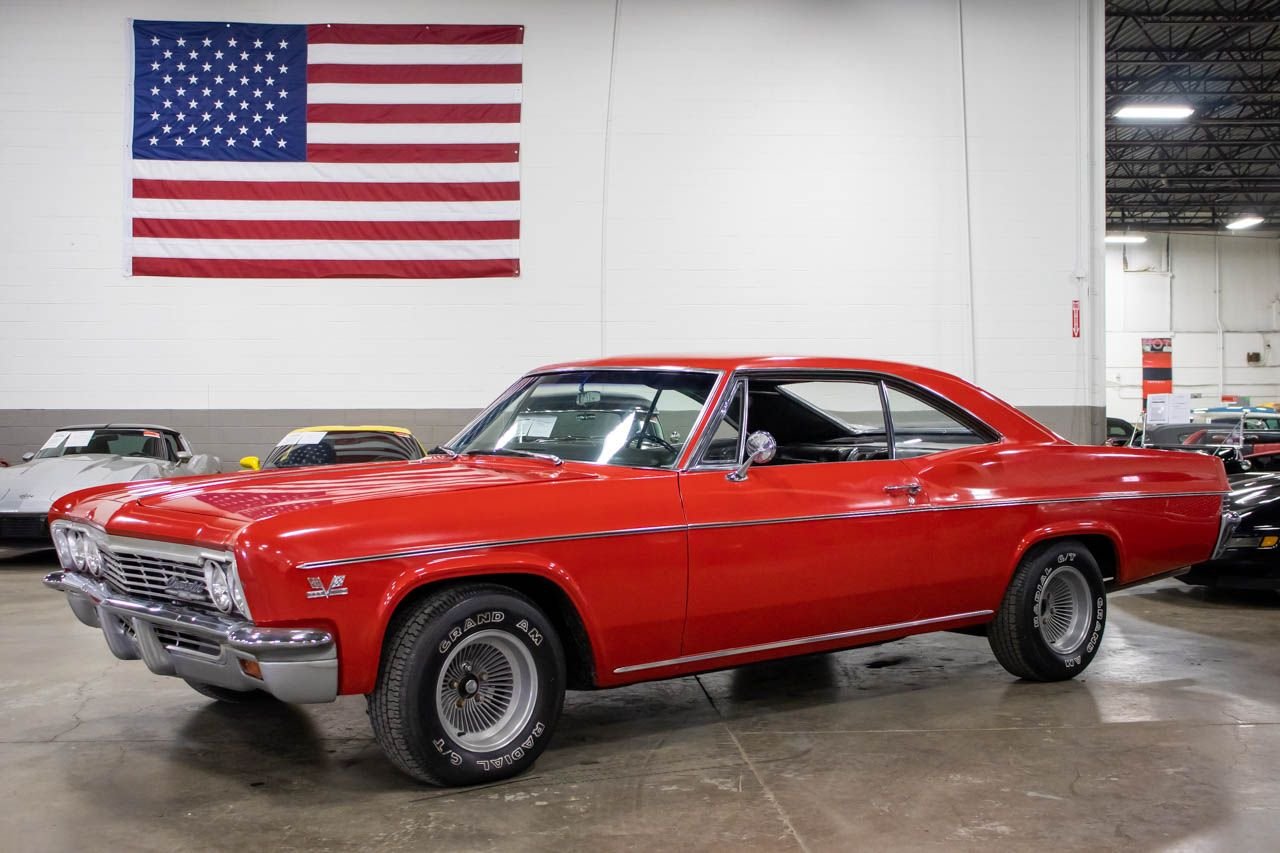 GR Auto Gallery is pleased to present this 1966 Chevrolet Impala for your consideration. This Chevy comes in a sharp Red paint complimented by a nice black interior. Powering this Impala is a 396ci V8 paired to a 400 automatic transmission. This Chevrolet Impala features new brakes all the way around, a new dual exhaust, new starter, new alternator, new 3 core radiator, new hoses, new Holley carb, new suspension, new electric fan, power steering, and power brake. This Impala fires right up and sounds amazing. So, if you are in the market for a cruiser classic this is the ride for you! Drive this one out of our showroom or have us assist with shipping it to you anywhere in the United States! Don't hesitate to give us a call with any questions or for more information.

The Chevrolet Impala is a full-size car built by Chevrolet for model years 1958 to 1985, 1994 to 1996, and 2000 to 2020. The Impala was Chevrolet's popular flagship passenger car and was among the better-selling American-made automobiles in the United States.mFor its debut in 1958, the Impala was distinguished from other models by its symmetrical triple taillights. The Chevrolet Caprice was introduced as a top-line Impala Sport Sedan for the model year 1965, later becoming a separate series positioned above the Impala in 1966, which, in turn, remained above the Chevrolet Bel Air and the Chevrolet Biscayne. The Impala continued as Chevrolet's most popular full-size model through the mid-1980s. Between 1994 and 1996, the Impala was revised as a 5.7-liter V8–powered version of the Chevrolet Caprice Classic sedan. In 2000, the Impala was reintroduced again as a mainstream front-wheel-drive car. As of February 2014, the 2014 Impala ranked No. 1 among Affordable Large Cars in U.S. News & World Report's rankings. When the 10th generation of the Impala was introduced for the 2014 model year, the 9th generation was rebadged as the Impala Limited and sold only to fleet customers through 2016. During that time, both versions were sold in the United States and Canada. The 10th-generation Impala was also sold in the Middle East and South Korea.