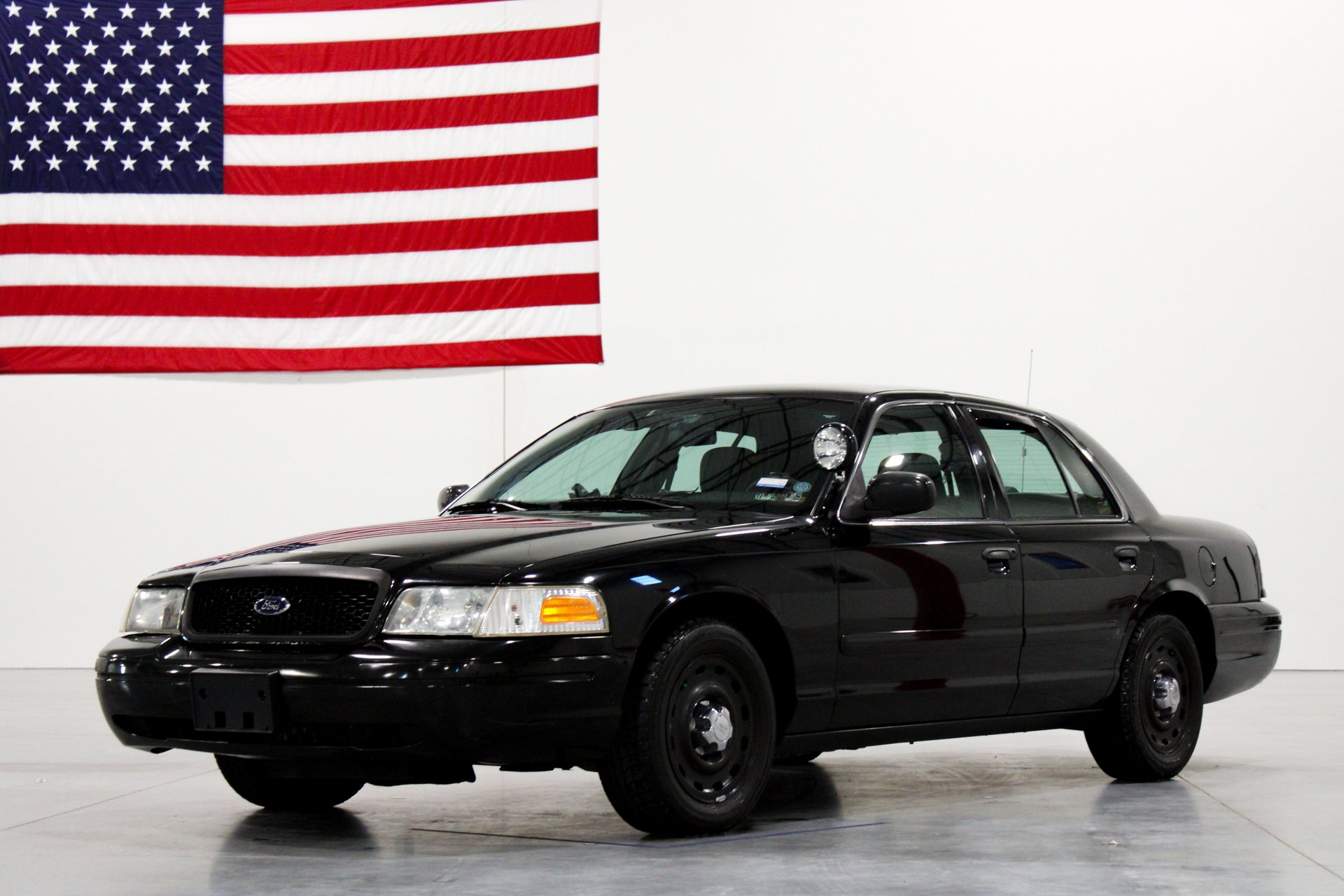 This vehicle is located at our Indianapolis location

The GR Auto Gallery is pleased to present this 2004 Ford Crown Victoria Police Interceptor for your consideration. This Police Cruiser was acquired from a Senior Officer out of Pennsylvania from the current collector who has had the vehicle in his collection for the past twelve years. Prior to its ownership in Pennsylvania the vehicle was reportedly used by a Police Chief in Eagleville, PA. meaning it was never exposed to typical abuse found from pursuits or long idling hours. This is apparent when looking at this vehicle that it has lived a well cared for life and was spared of the typical abuse found on Police Interceptors. It is currently equipped with Bridgestone Blizzak tires that have less than 10,000 miles of use. Also included is an additional set of rims and tires for the vehicle. The exterior is finished in Black over a Dark Charcoal interior that both show minimal wear. There are currently 145,000 miles showing on the odometer, approximately 19k of which were added by the current owner.

Powering this Police Interceptor is a tastefully modified 4.6L V8 that for 2004 featured the addition of a new intake manifold sourced from the Mercury Marauder which allowed for greater power output for this model year. A Magnaflow high performance 2 ¼” cat back exhaust with Magnaflow stainless steel catalytic converters are also equipped. This Ford sends the power to the rear wheels through a 4-speed automatic transmission. This example has also been equipped with SHO-ME Flashing Headlights, Unity Black Spotlight, NOVA Undercover MIRT installed above Rear View Mirror, MIDLAND UHF Two-Way Radio w/ Trunk Mount, Power Tap Accessory Block which are not intended for on road use. A photo with a complete list of service and additional modifications has also been included.

The Ford Crown Victoria Police Interceptor (colloquially referred to simply as the CVPI, P71, or P7B) is a four-door, body-on-frame sedan that was manufactured by Ford from 1992 to 2013. It is the law-enforcement version of the Ford Crown Victoria. The year 2003 brought considerable changes. Interior door panels and seats were freshened, with side-impact airbags becoming an option. The frame, steering, suspension, and brakes were all significantly redesigned for the 2003 model year. From 1997 to 2013, the Ford Crown Victoria Police Interceptor was the most widely used automobile in law enforcement operations in the United States, Canada, and Saudi Arabia.

Price does not include applicable tax, title, license, processing and/or $199 documentation fees.