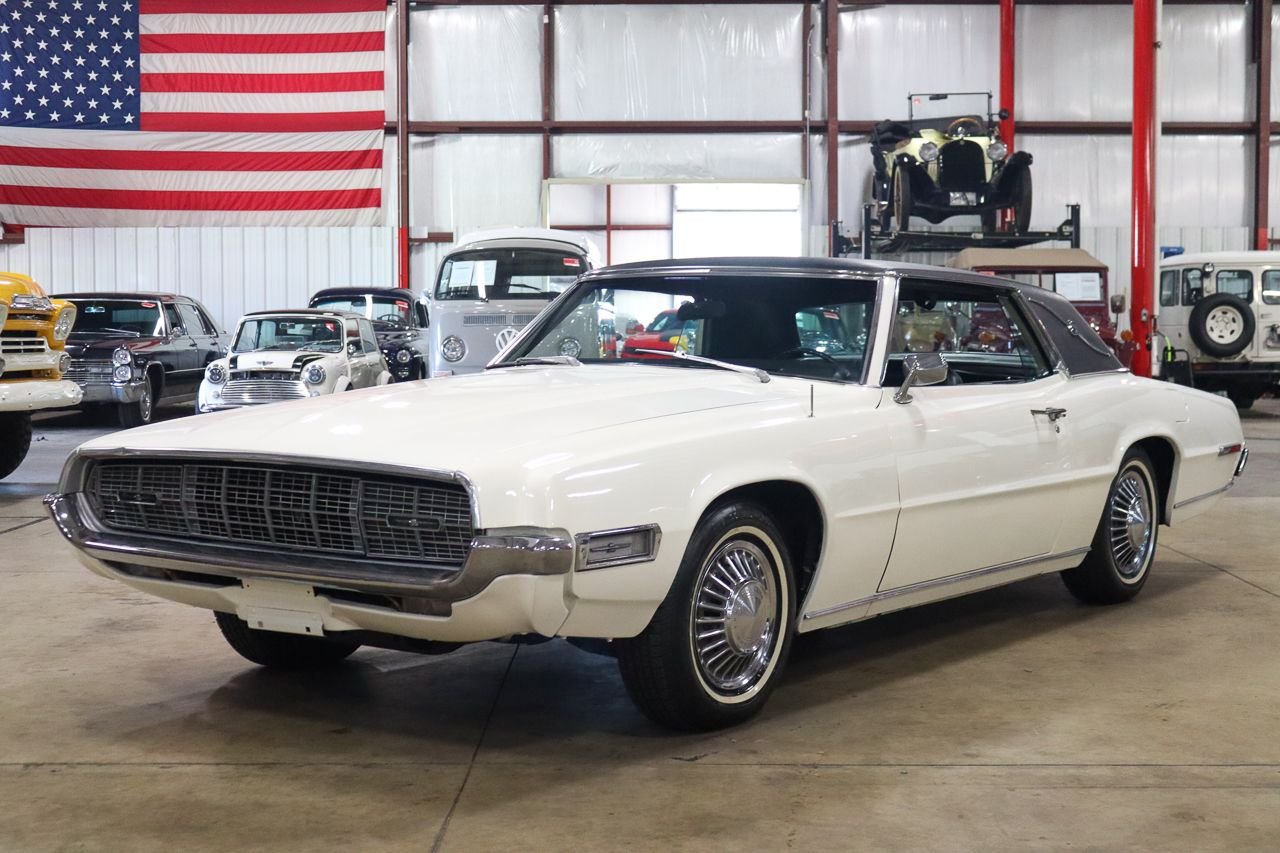 GR Auto Gallery is pleased to present this 1968 Ford Thunderbird for your consideration. The 1968 Thunderbird saw the introduction of the new 385 series big-block "Thunder Jet" 4V (4 barrel carburetor) 429 cu in (7.0 L) V8 engines. Like many Ford engines of the time, they were conservatively rated at 360 hp.. The new engine made the cars some of the quickest and fastest Thunderbirds ever produced, despite their larger size and increased curb weight. Both the 1968 and 1969 model years saw minor trim changes respectively.

The fifth generation of the Ford Thunderbird is a large personal luxury car that was produced by Ford for the 1967 to 1971 model years. This fifth generation saw the second major change of direction for the Thunderbird. The Thunderbird had fundamentally remained the same in concept through 1966, even though the styling had been updated twice.