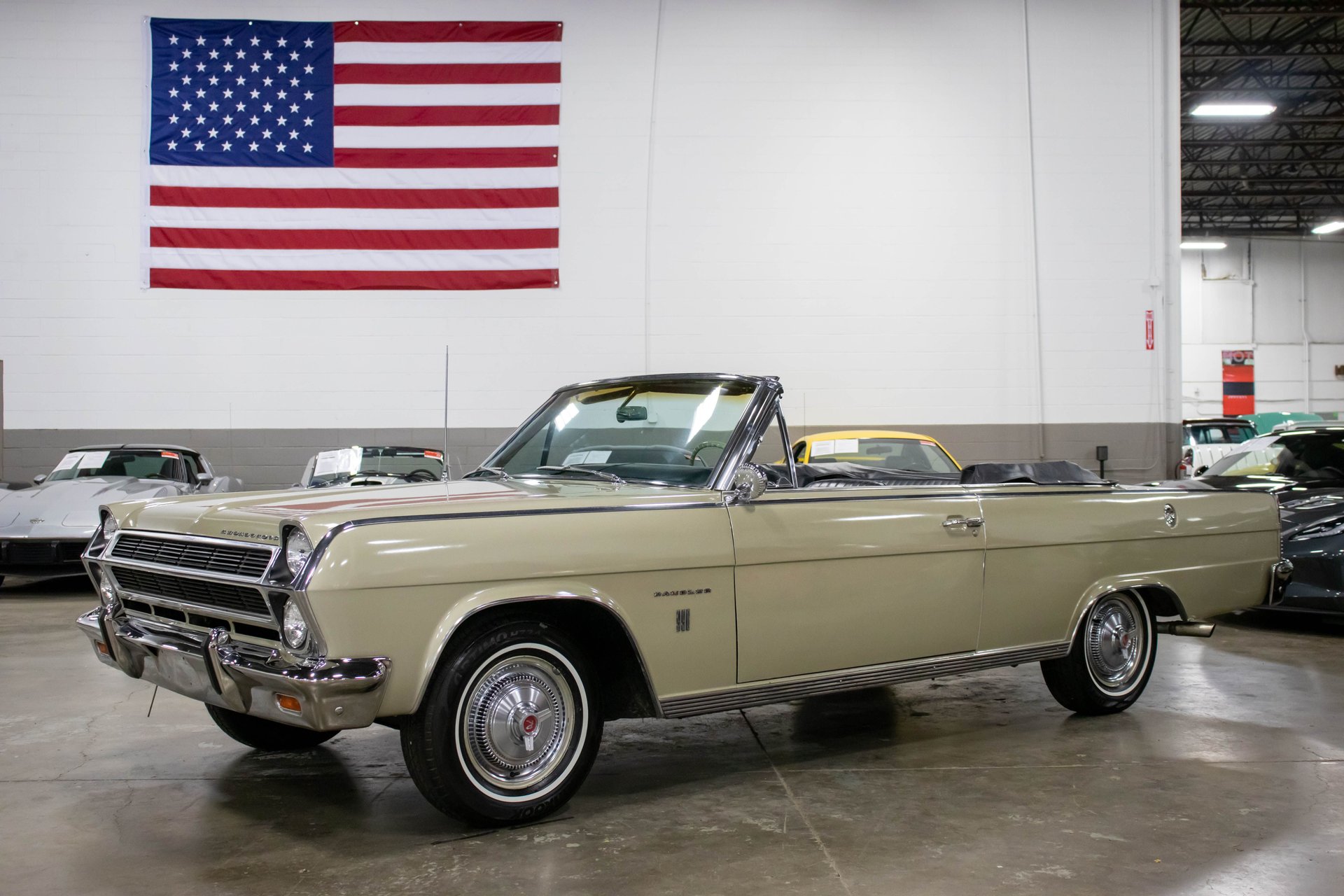 GR Auto Gallery is pleased to present this 1965 AMC Ambassador Convertible for your consideration. This AMC comes in a Mystic Gold Metallic paint job complemented by a black interior and white soft top. Powering this Ambassador is the believed to be, original 327ci V8 motor mated to a smooth-shifting automatic transmission. Based on our notes, this specific vehicle started its life in California and has been shown in some very large car shows/events such as; Concours D'Elegance 2018, an invite-only Ford Motor HQ car show, and has even been interviewed on PBS LIVE during the Woodward Dream Cruise of 2017. This AMC features power steering, power brakes, power top, working heat, and curb feelers. This Convertible is 1 of 3499 ever made in 1965 by AMC. If you are in the market for a convertible that everyone else doesn't have this AMC is the ride for you!

The Ambassador is an automobile manufactured and marketed by American Motors Corporation (AMC) from 1957-1974 over eight generations, in two- and four-door sedan, two-door hardtop, station wagon, and convertible body styles. It was full-size from 1957 to 1961 and 1967 to 1974, and mid-size from 1962 to 1966. When discontinued, the Ambassador nameplate had been used from 1927-1974, the longest continuously-used car nameplate until then. The Ambassador nameplate was used variously as the Ambassador V-8 by Rambler, Rambler Ambassador, and finally AMC Ambassador. Previously, the nameplate Ambassador applied to Nash's full-size cars. The nameplate referred to a trim level between 1927 and 1931. Ambassadors were manufactured in Kenosha, Wisconsin as well as at AMC's Brampton Assembly in Brampton, Ontario from 1963 to 1966. Australian Motor Industries (AMI) assembled Ambassadors from knock-down kits with right-hand drive from 1961 to 1963. The U.S. fifth-generation Ambassadors were manufactured by Industrias Kaiser Argentina (IKA) in Córdoba, Argentina from 1965 to 1972, as well as assembled by ECASA in Costa Rica from 1965 to 1970. Planta REO assembled first-generation Ambassadors in Mexico at its Monterrey, Nuevo León plant. Fifth- and seventh-generation Ambassadors were modified into custom stretch limousines in Argentina and the U.S.