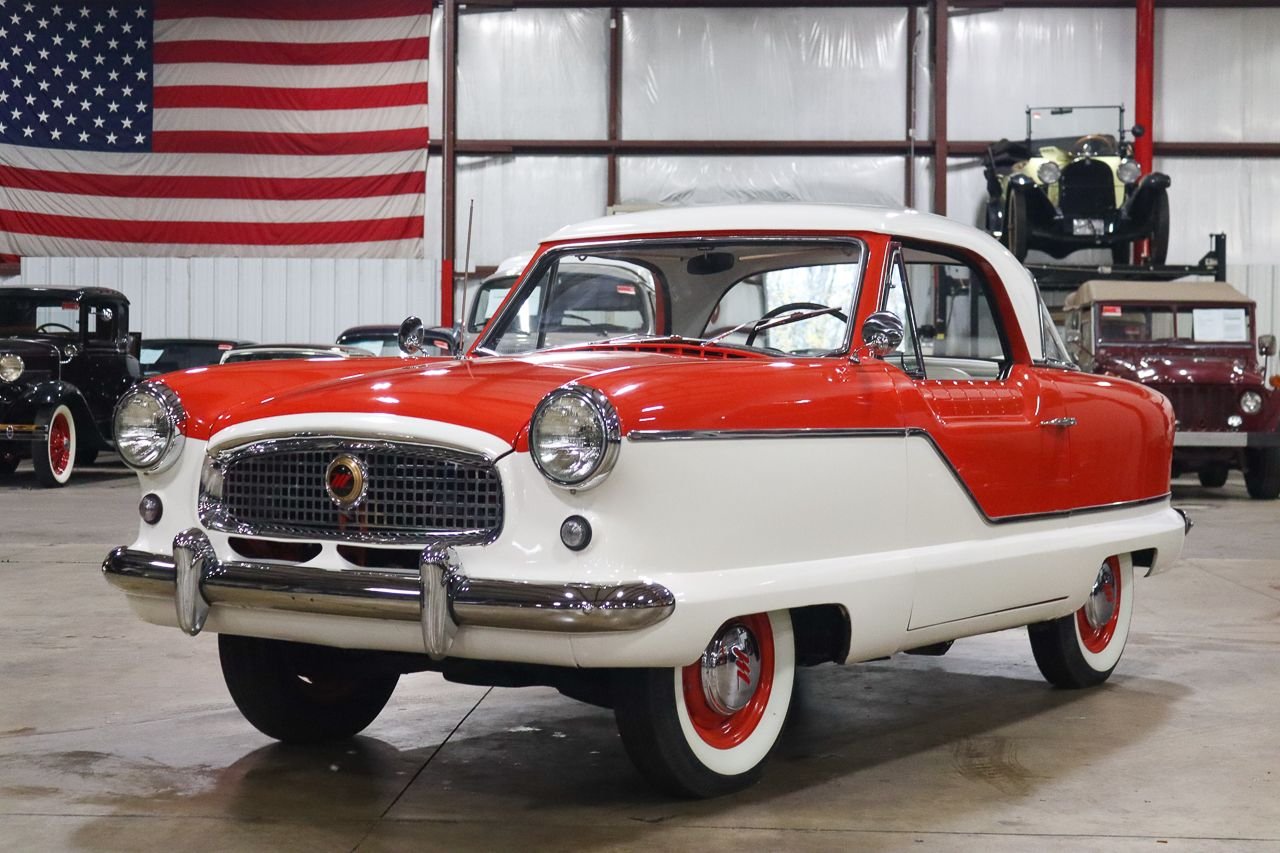 The Metropolitan has a very interesting history in its 8year cycle of being produced and sold thru multiple businesses and dealers in North America and Europe. The car was designed to appeal to the family as a 2nd car that allowed quick trips to the store or train station when the whole family wasn't being part of the trip. Room for two very comfortably and in a pinch the back seat could accommodate a couple of small children or additional luggage or cargo.

Offered here is a nicely restored 1959 Nash Metropolitan. Finished in Mardi Gras Red and Frost white over a black and white interior with freshly redone seats and door panels. The body appears to be very straight and solid. The chrome is in excellent condition both inside and out. Under the hood is nicely restored and painted up and you will find a 1500cc 4 cylinder engine paired with a manual transmission that functions properly. The car rides on handsome white walls on factory wheels with hubcaps. The current owner has had the car for the last 10 years and had the transmission rebuilt. All the brakes have been redone as well.

The Nash Metropolitan was an American automobile that was sold from 1953 to 1961. The Metropolitan was also sold as a Hudson when Nash and Hudson merged in 1954 to form the American Motors Corporation (AMC), and later as a standalone marque during the Rambler years, as well as in the United Kingdom and other markets. January 1959 saw the start of Metropolitan Series IV (NK4) production. This major redesign saw the addition of an external decklidand vent windows. By this time, the engine had been upgraded by increasing the compression ratio from 7.2:1 to 8.3:1 giving an output of 55 bhp.