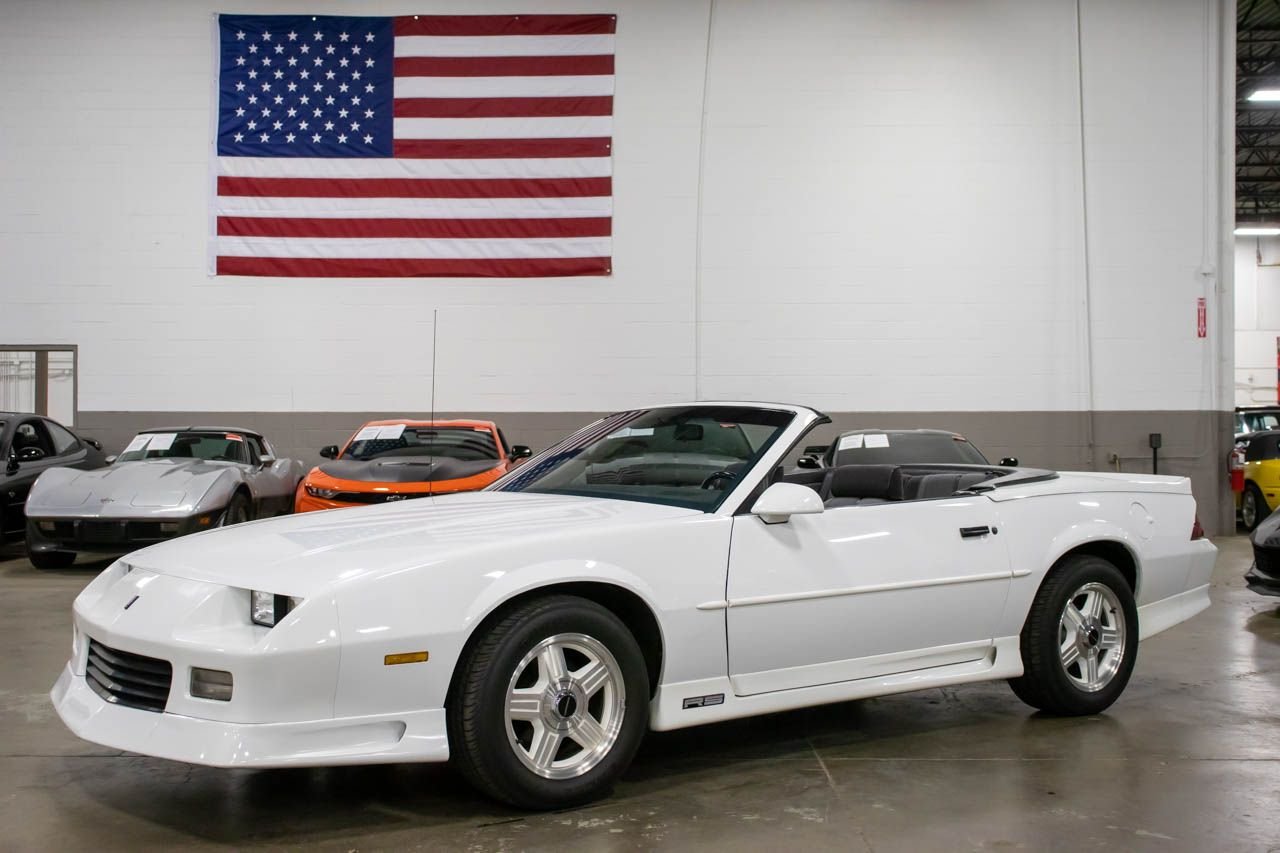 GR Auto Gallery is pleased to present this two-owner one-family owned 1992 Chevrolet Camaro Convertible for your consideration. This chevy comes in an Arctic White paint job complemented by a clean like new black interior and matching soft top. Powering this Camaro is a 5.0 Liter EFI V8 paired to an Automatic transmission. This Camaro features air conditioning, electronically tuned AM/FM stereo radio, disc player, seek-scan, cassette tape, search-repeat, digital clock, extended range sound system, power windows, power door locks, electric speed control with resume, bodyside moldings, color-keyed front&rear carpeted floor mats, black custom cloth bucket seats, and 16-inch aluminum wheels. So if you are in the market for a clean Camaro that has always been well maintained and stores inside this is the car for you! Please call or email us for more information.

1992 was the final year of the third generation Camaro. A "25th Anniversary Heritage Edition" option had been planned with Corvette aluminum cylinder heads, tubular exhaust headers, and 6-speed manual transmission, but this was scrapped in favor of a "Heritage Package" option (RPO Z03) which amounted to nothing more than a graphics package of badges and rally stripes. All 1992 Camaros received a "25th Anniversary" badge on the dashboard. The 1992 version of the Camaro B4C (Special Service Package) got the addition of 1LE brakes. A total of 589 B4Cs were sold. The B4C option was also deemed popular enough to be carried on to the fourth-generation model.
Some TPI 1992 Camaros received some of the "leftovers" from its Corvette cousin, which switched from Tuned Port Injection to the new LT1 engine series in 1992. They received the rough texture, cast aluminum style, intake runners from the TPI Corvette instead of the regular Camaro smooth tube ones. In some cases, they were built with black painted valve covers instead of the normal silver valve covers. Some also received a blank throttlebody plate, like the LT1, instead of the normal plate with "Tuned Port Injection" script. The change was purely cosmetic, performance remained identical to the previous year.