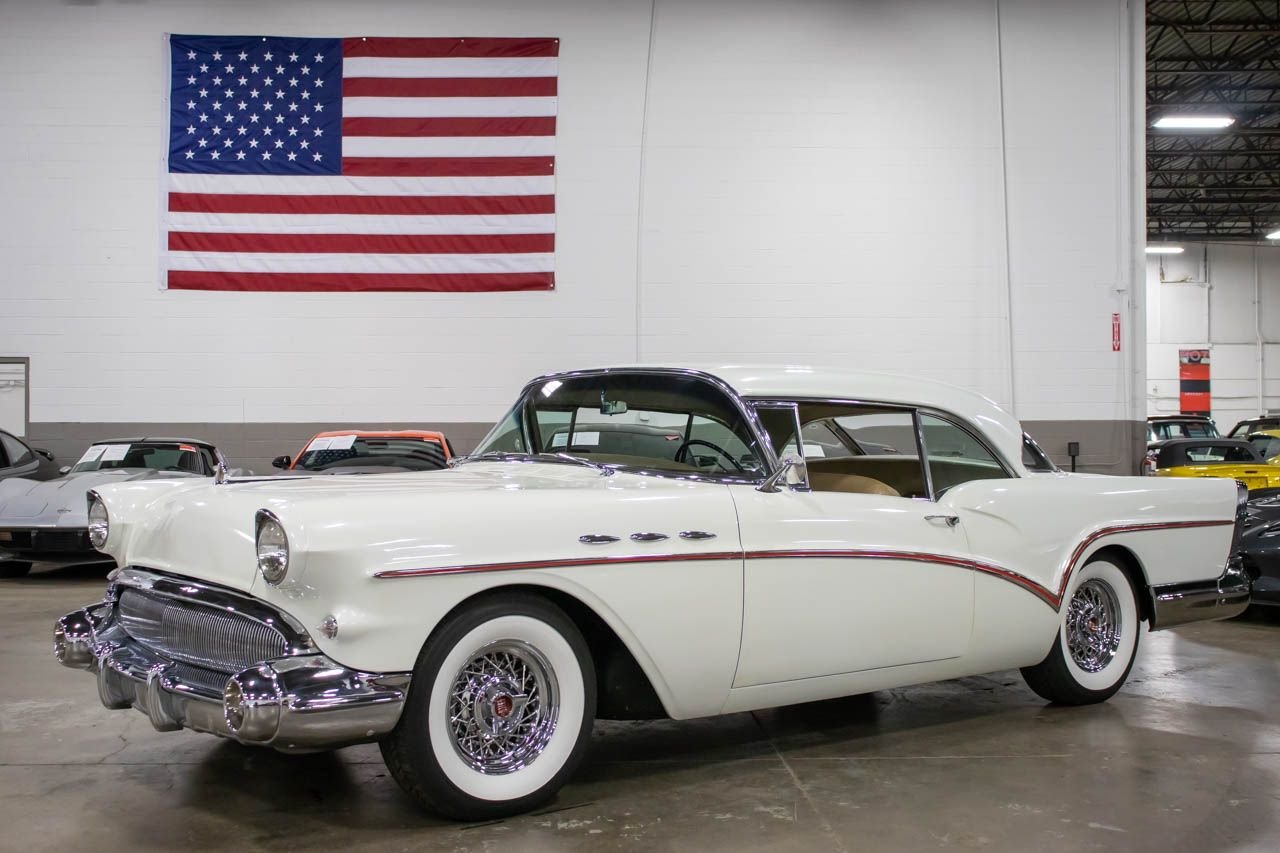 GR Auto Gallery is pleased to present this 1957 Buick Special for your consideration. This Special comes in a pearlescent white paint job with a red strip completed by a custom two tan and brown leather interior really making the interior pop. This Buick features power brakes, front disc brakes, all new window, and door rubber, 40 spoke chrome wheels, Coker whitewall tires, all new chrome, new taillights, new parking lights, new side windows, quartz clock, custom interior done by Downeys Auto Upholstery, redone steering wheel, 3 core radiator, electric wipers, MDS ignition, rebuilt motor by Chet Wilson, working heat and A/C, new shocks, and many more features. So if you are in the market for one crazy cool custom Buick this is the ride for you! Please call or email us for more information.

The Buick Special was an automobile produced by Buick. It was usually Buick's lowest-priced model, starting out as a full-size car in 1936 and returning in 1961 (after a two-year hiatus) as a mid-size. The Special was built for several decades and was offered as a coupe, sedan, and later as a station wagon. When GM modernized its entry-level products in the 1960s, the Special introduced the modern Buick V6 that became the core engine for GM for several decades and lives on in current upgraded V6 products.
By 1970, Special was no longer offered as a standalone model but the name would later be used for the entry trim on 1975 to 1979 and 1991 to 1996 Century models.
The entry-level Buick can trace its heritage to the Buick Model 10, a companion to Buick's first car, the Buick Model B. The Model 10 started out as one of the independent brands merged into Buick, called the Janney.