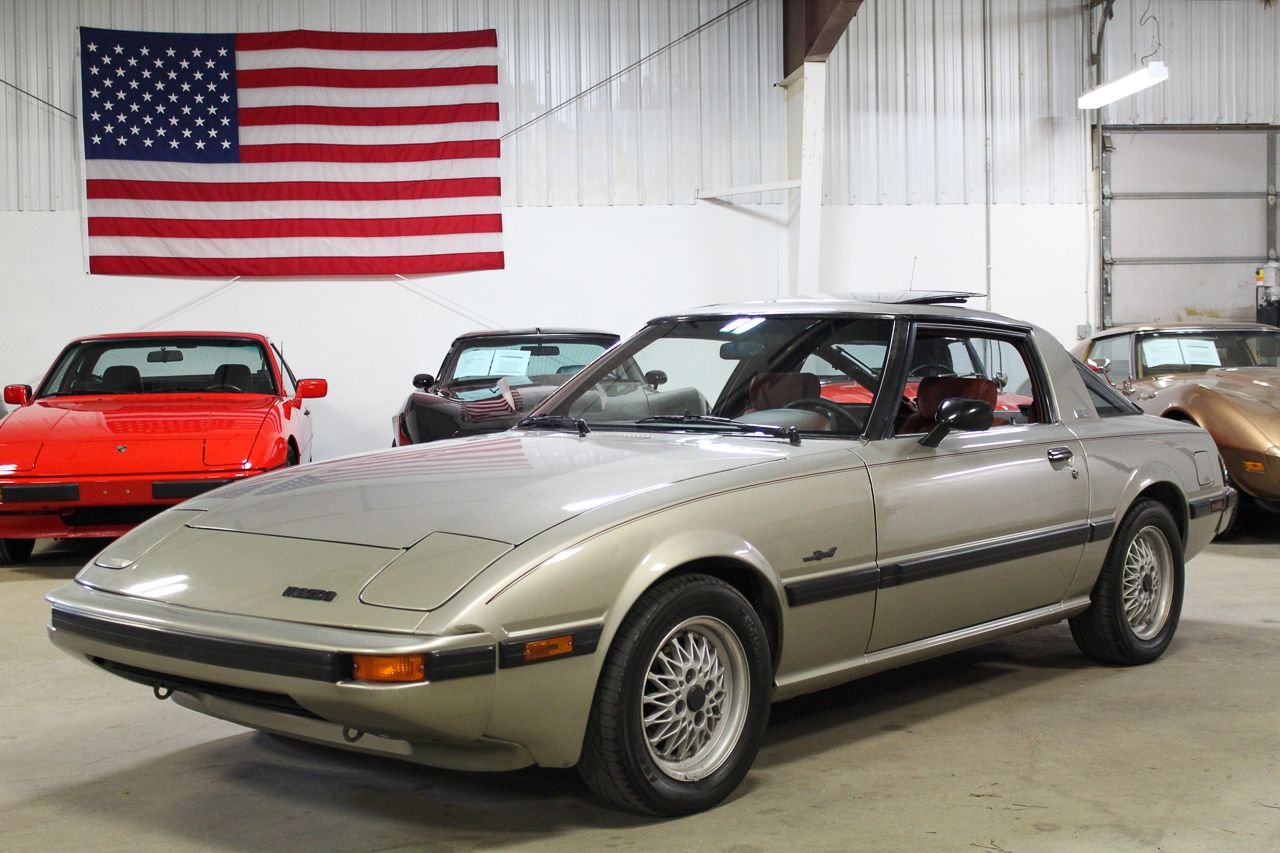 The legendary First generation RX-7's were built in three different series. The first series commonly known as the “SA22C” was built from 1978-1980 and the second series was knows as the FB and those were produced from 1981-1983 and the third was built until 1985. Most of the changes were cosmetic with body molding and lighting changes and a few configurations mechanically were added and dropped during this time. This particular RX -7 is a really cool two-owner car with the current consignor owning this for now thirty years… The car does have miles as he drove this as his summer time daily driver but never has this car been driven in inclement weather. There are zero signs of rust or corrosion anywhere. In fact, this thing looks better than cars with half the miles. The car starts up nicely with no smoke, it does not leak and the factory choke works as it should. This RX7 goes down the road strait and true and has plenty of 1.2 liter power. The interior is all original with all gauges and lights working as they should. These cars have become very coveted among collectors and enthusiasts and are becoming more valuable. There is a little discoloration on the front end where the seller had a front bra on the car up until a few years ago but the paint is still in great condition.