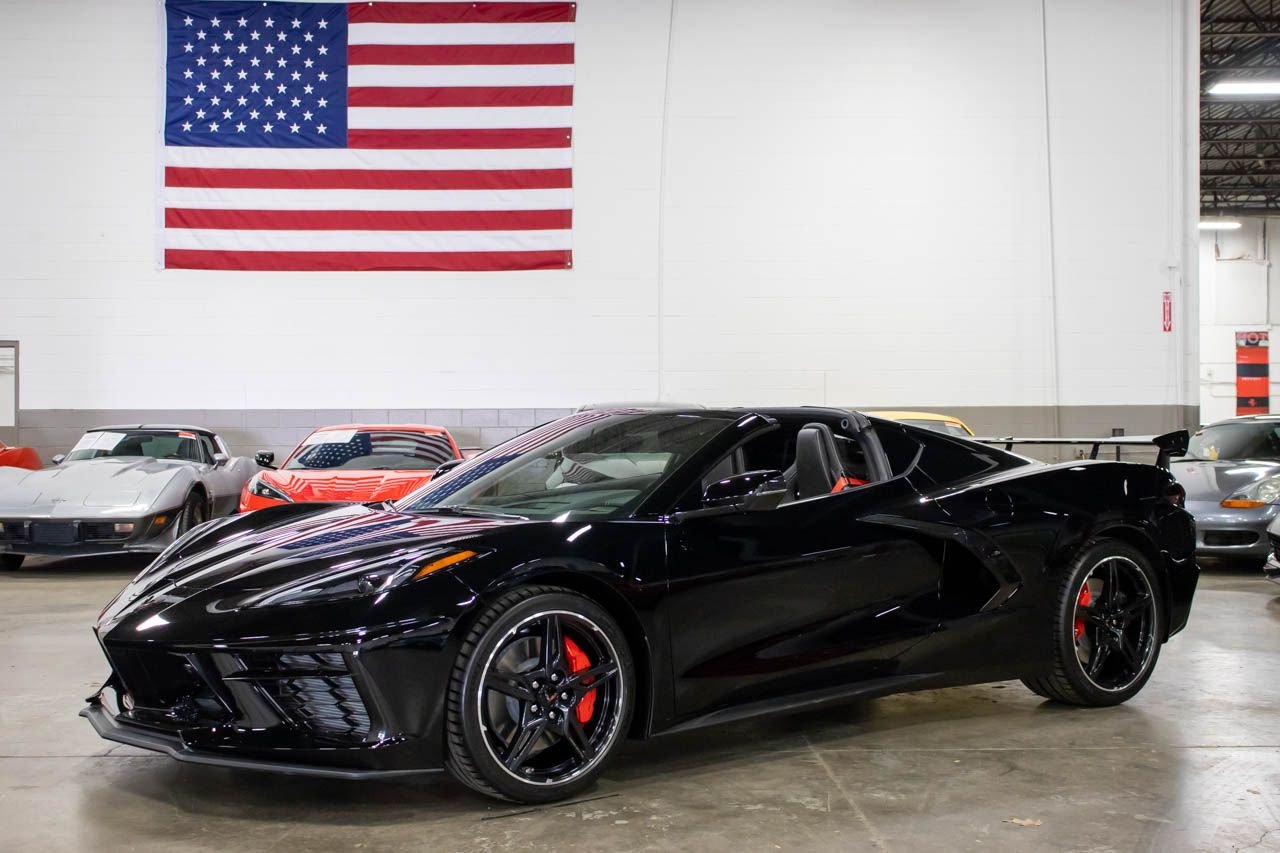 GR Auto Gallery is pleased to bring to the market this 3 mile 2021 Chevrolet Corvette Stingray Coupe with the 2LT package. Optioned in a Black paint over the Jet Black interior. Some upgraded options on this C8 are engine appearance package, red-painted calipers, composite rockers(black), engine cover in edge red, torch red seat belts, custom splash guards(black), high rise wing. Z51 performance brakes, Z51 performance suspension, Z51 rear axle ratio, Z51 limited-slip diff, front lift, and much much more So if you are in the market for a fully loaded 2021 C8 Corvette Stingray Coupe 2LT this is the car for you!

The Chevrolet Corvette (C8) is the eighth generation of the Corvette sports car manufactured by American automobile manufacturer Chevrolet. Following several experimental CERV prototype vehicles, it is the first mid-engine Corvette since the model's introduction in 1953 (as well as GM's first production mid-engine sports car since the Pontiac Fiero was discontinued in 1988), differing from the traditional front-engine design. The C8 was announced in April 2019, and the coupe made its official debut on July 18, 2019, during a media event at the Kennedy Space Center (referencing its association with NASA) to coincide with the 50th anniversary of the Apollo 11 mission. The convertible made its debut in October 2019 alongside the racing version, the C8.R.5 Production officially began on February 3, 2020, delayed by the 2019 General Motors strike.