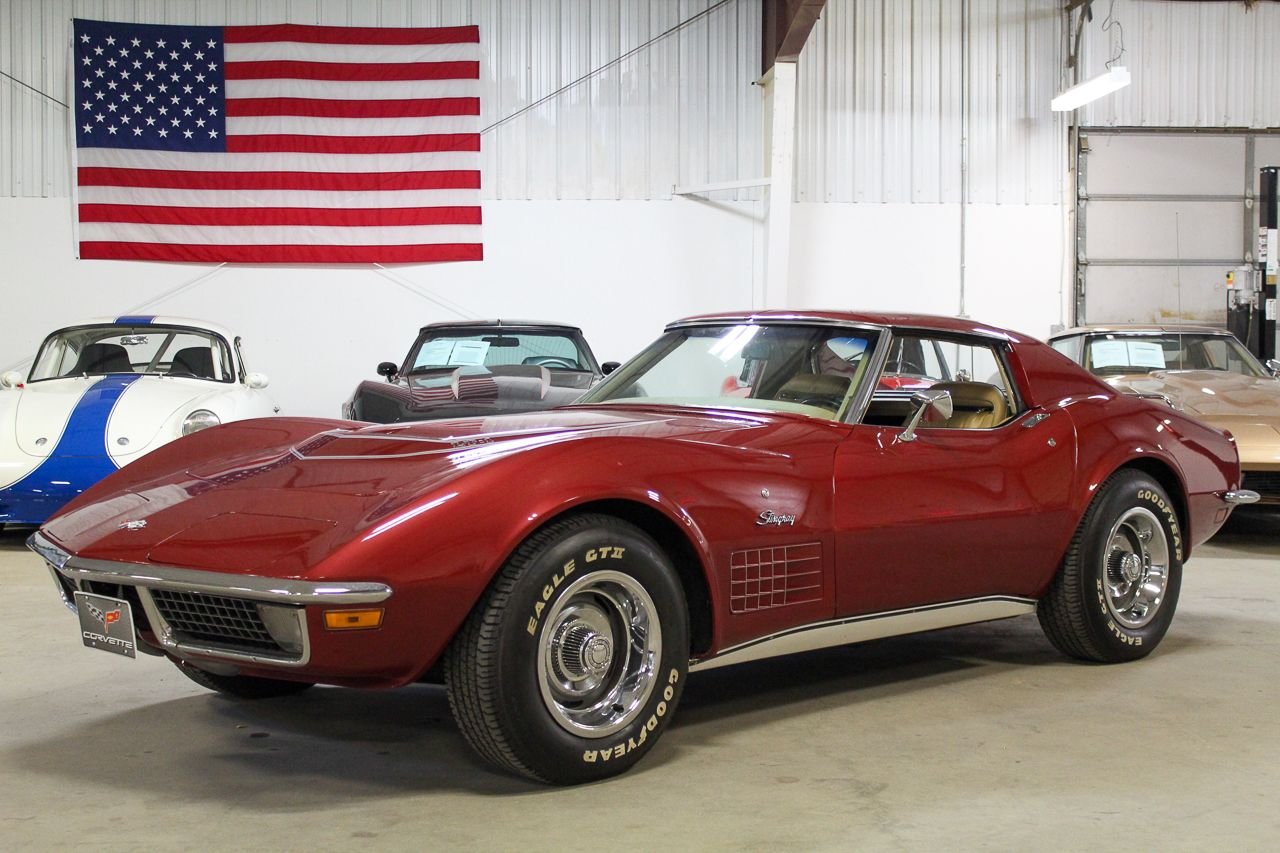 From 1968 through 1982, Chevrolet was on to there third generation of the Corvette. The car was patterned after the the Mako Shark II that was designed by Larry Shinolda and executed under Bill Mitchell's direction. GR Auto Gallery of Traverse City is pleased to present this very nice Marlboro Red over Saddle interior car for your consideration. The story on the car goes like this. In 1970, Henry Harrison LaClare Jr., a engineer with GM bought a brand new 1970 Corvette for each of his two sons. They were identical so son David who was in the Military decided to paint his, changing it to Black. Since David was in the Military, first Vietnam and then being stationed in Germany, the car had virtually no miles on it when it was then sold on May 3, 1982. At this time, the 2nd owner did a cosmetic restoration and then put away and stored again until 1999 where the car with hand written notes is claiming to have just under 6,000 miles. The same owner did rebuild of the engine in 2003 at the tune of almost $4500.00 The car was then sold to the third owner in 2011 where he then proceeded to strip the car down bare, engine out, interior out and paint the car back to its Glory of Marlboro Maroon over saddle interior. The engine has been stroked to 383 Cubic inches and Horsepower is believed to be just over 400 but that is only what we have been told. We are not selling this car as a “Actual” Mileage of 11, 775, however going through all the paperwork I could definitely believe it. This is also, a CTL engine stamped car and is number matching to the VIN. There are several “LT-1” badged items which obviously appear to be just clone items. This is a very honest, solid, respectable car that has extremely low production numbers due to a Strike at GM in 1970. There is a lot of documentation on this, it starts nice, runs even better. These early steel bumper 4-speed cars have really gained traction in popularity and collectability.