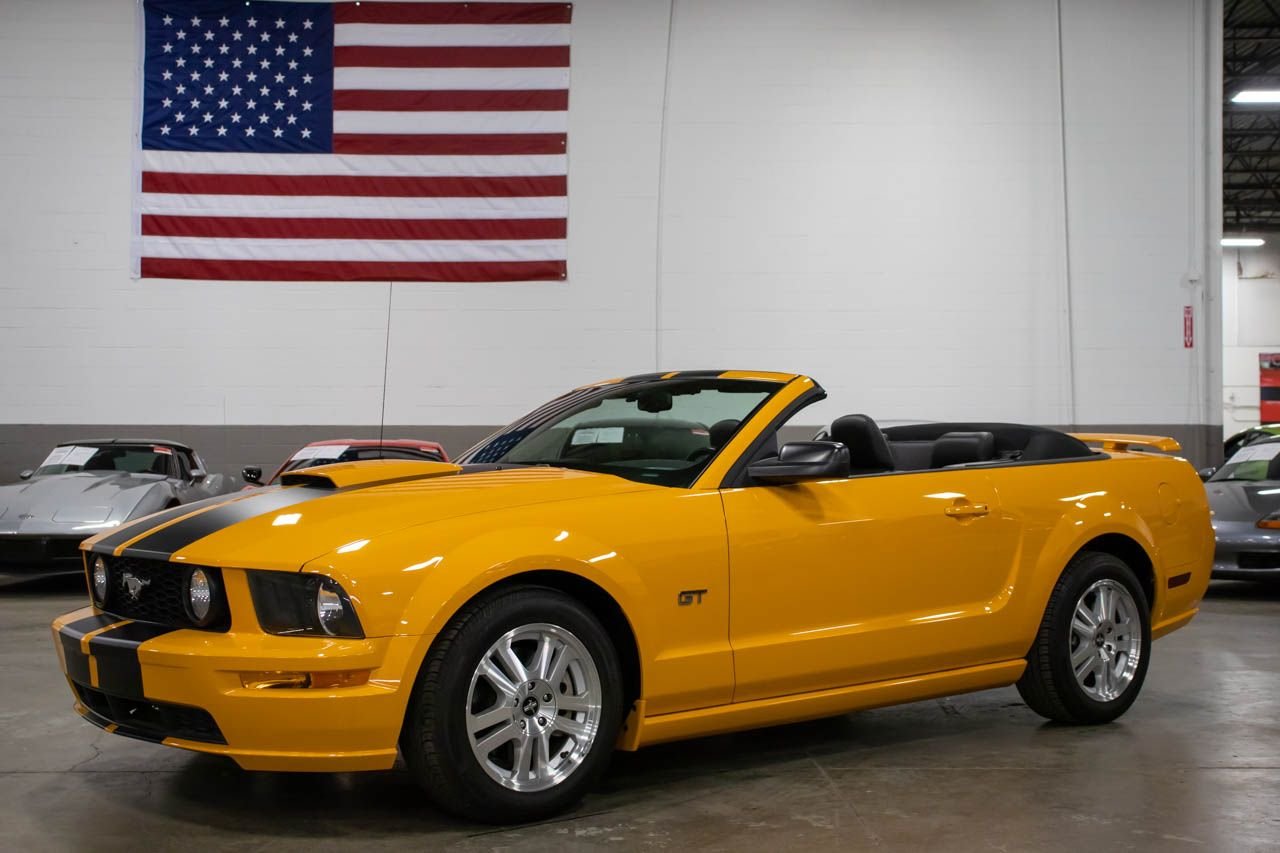 The GR Auto Gallery is pleased to present this one-owner low mile 2007 Ford Mustang GT convertible for your consideration. Powering this 3,130-mile Pony is a 4.6 Liter V8 motor paired to a stout 5 Speed Manual transmission. This GT Comes in a clean Grabber Orange paint job complemented by a new clean black interior and matching soft top. This Mustang has been babied its whole life never seeing water once and always being stored inside. This Mustang has gotten an oil change every 18 months and still is even on the original tires. This Ford does come with the window sticker and many more documents ago the car. Please call or email us for more information.

The 2010 model year Mustang was released in the spring of 2009 with a redesigned exterior — which included sequential LED taillights — and a reduced drag coefficient of 4% on base models and 7% on GT models.60 The engine for base Mustangs remained unchanged, while GTs 4.6 L V8 was revised resulting in 315 hp (235 kW; 319 PS) at 6000 rpm and 325 lb⋅ft (441 N⋅m) of torque at 4255 rpm.61 Other mechanical features included new spring rates and dampers, traction and stability control system standard on all models, and new wheel sizes.