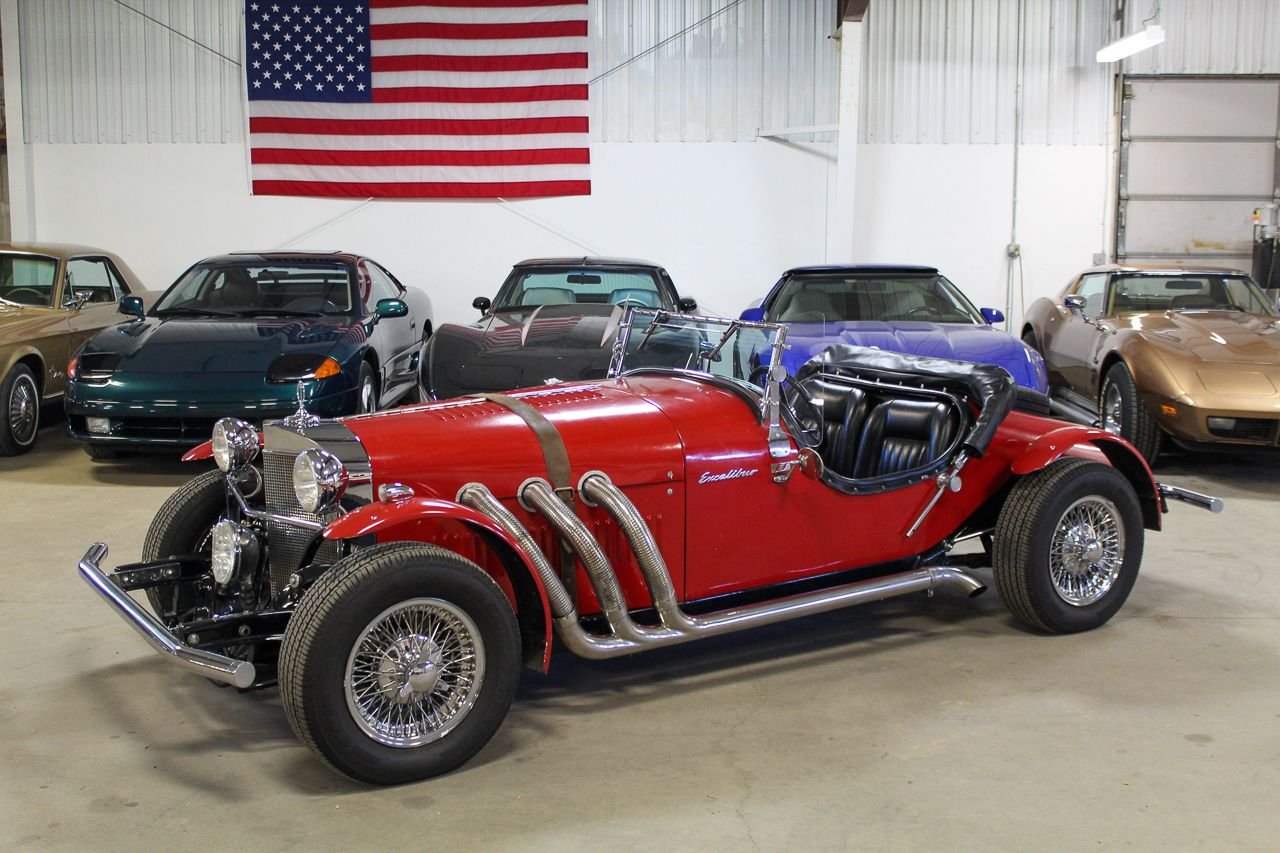 Although dubbed the “Mercebaker” because initially Brooks Stevens, the founder of Excalibur was trying to sell Studebaker on the design and because he wanted to replicate the look of the iconic Pre-War SSK. He was hoping to sell it as a contemporary classic however Studebaker demise was already upon the company. However, he did manage to build a couple car in just eight short weeks to premier at the NY Auto Show and to a lot of peoples surprise walked away with a long list of potential buyers including a Chevrolet dealer that wanted one with a Chevrolet engine in which Stevens was happy to oblige and the relationship between Stevens and 327 Chevy V8's were born. These Series I cars have a cult like following and have become very valuable. The earlier the better we think as these cars had no doors, side windows and had 4-speed manual transmissions. These cars were fast, weighing in at 2200lbs and putting out over 300HP. The list of “A” listers that have owned these cars throughout the years is impressive with people like Frank Sinatra, Steve McQeen, Tony Curtis and Dean Martin to name a few. This particular model has a very cool stainless dash, nice fitting convertible top with side curtains and a tonnaue cover. These earlier cars also had the desired cycle fenders before they became long and sweeping. The body and paint is a nice driver quality patina, the car starts on a dime, burns nothing, leaks nothing and is a absolute blast to drive…The current consignor is a collector and has owned the car for roughly five years.