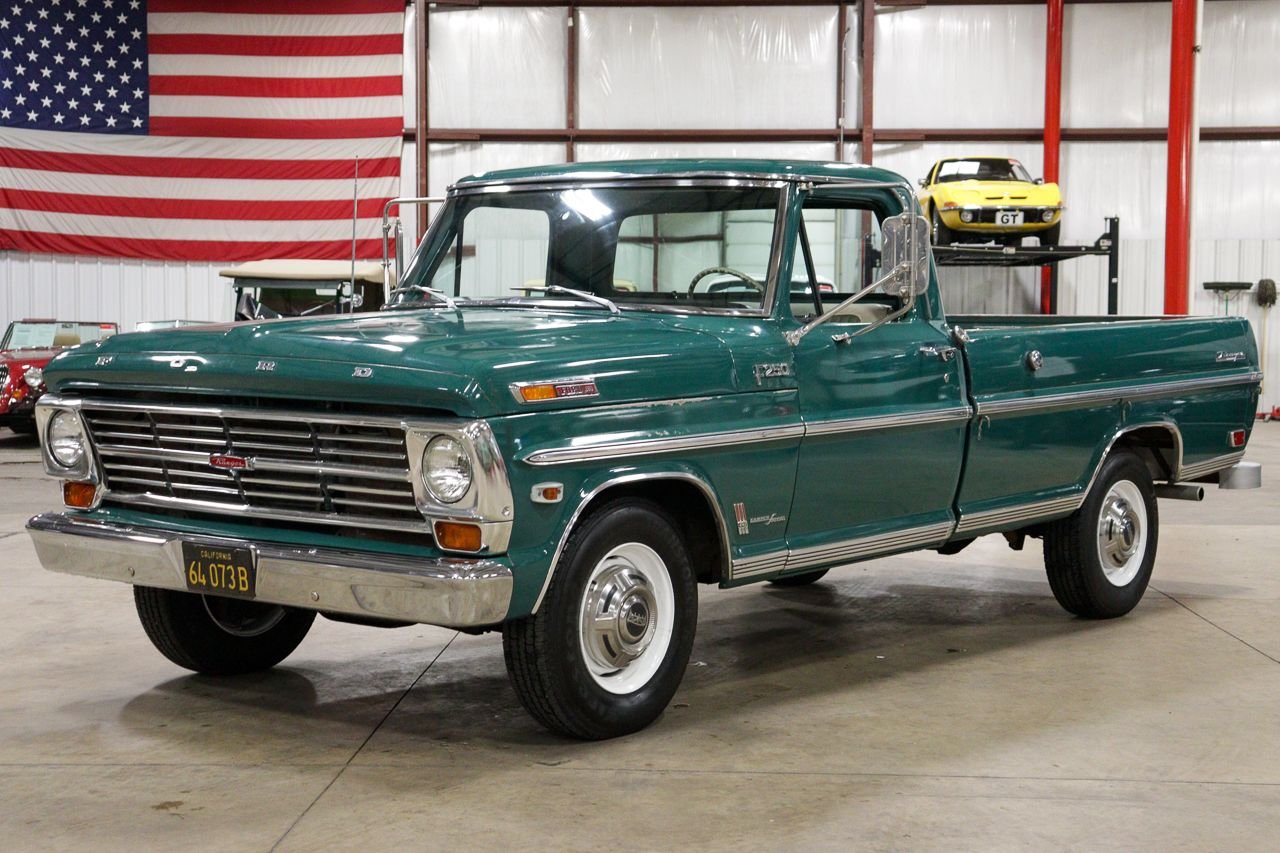 The Ford F250 was known for reliability and ruggedness and was an integral part of American history. Their timeless design, style and utilitarian nature make them useful classics to own and care for and they represent the American dream for many as they were used by many businesses and workers at a time considered great by many. The fifth generation of the Ford F-Series is a line of pickup trucks and commercial trucks that were produced by Ford from 1966 to 1972. Built on the same platform as the fourth generation F-series trucks, the fifth generation had sharper styling lines, a larger cab and greenhouse, and expanded engine options. Three trim levels were available during the production of the fifth generation F-series, though the names were changed in 1970. The "Base" trim became the "Custom" and the "Custom Cab" became the "Sport Custom" joining "Ranger" as optional levels of equipment and trim. Late in production the Ranger trim level was upgraded with the additional "Ranger XLT" option.

The 1968 Ford F250 Ranger Camper Special offered for sale here is Highly original and shows very well for its age. It is rock solid and the doors snap shut like a vault door. It came from San Jose and lived much of its life in California. In 1968 there were 435,940 F series trucks produced. There were only 16 F250's that came in this color/engine combo with the Camper Special package and only one of them came with the 3.73 Dana 60 limited slip rear axle, and this is that truck. The truck comes with a Marti breaking this all down and showing other cool info about the truck. This Ranger has AC components but is not currently working. Other highlights include dual Flowmaster exhaust, Firestone tires on powder coated factory steel wheels, 390 v8 with power steering and power brakes, body side moldings, heavy duty front and rear springs and much more. The truck is finished in Holly Green over a Parchment interior. This is an excellent surviving example and is ready for immediate enjoyment.