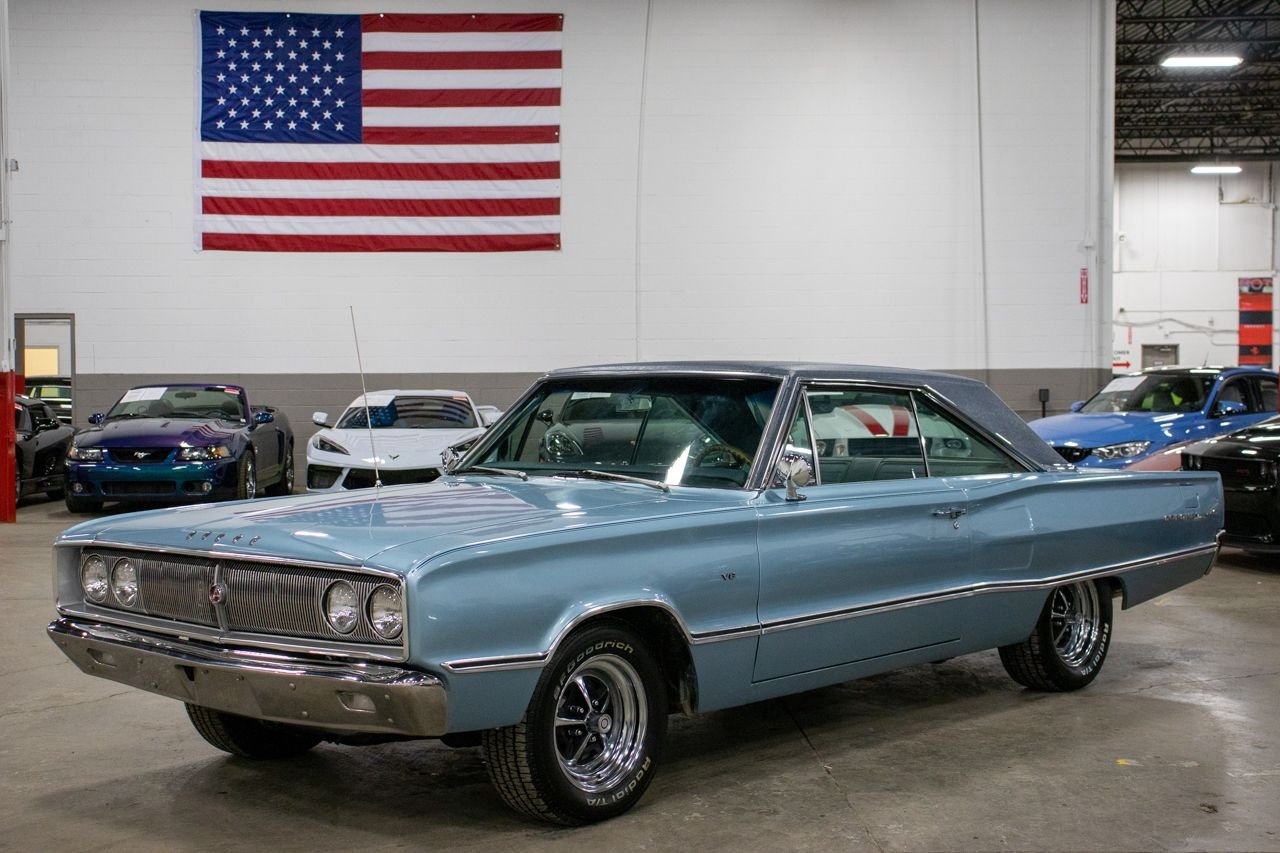 GR Auto Gallery is pleased to present this 1967 dodge Coronet for your consideration. This cool-looking classic comes with a clean blue paint job complemented by a matching interior. Powering this Mopar is a 318ci V8 paired to an automatic transmission. This Coronet was redone about two years ago and has features like working heat and A/C. So if you are in the market for a classic Mopar that will not break the bank this is the car for you! Please call or email us today for more information.

The Coronet reappeared for the 1965 model year as the intermediate sized B-body using a 117-inch wheelbase, continuing what had been the Dodge Polara, which was once again full-size. For 1965, Dodge sold slightly over 209,000 units, making the Coronet the most popular model sold by Dodge that year. Trim levels initially were base Coronet including a Deluxe version, Coronet 440, and Coronet 500.
The base Coronet and Deluxe were available as two-door sedans, four-door sedans, and station wagons. For 1965 only, Dodge also sold 101 units of a modified wheelbase version of the base Coronet two-door sedans and 440 hardtops specifically for NHRA drag racing. The model known as A990 came with a racing version of the 426 cu in (7.0 L) Hemi engine. The car A990 was stripped of all features and included lightweight base bucket seats from Dodge's A100 truck/van line of vehicles. These altered wheelbase vehicles eventually became popularly known as "funny cars" due to their unique wheel spacing. The front and rear axles were moved forward significantly from the stock location, putting the front wheels directly behind the front fender, and the rear wheels almost under where the rear seat would normally go; this alteration transferred weight to the rear tires, increasing traction on launch. These were described as funny cars and a new genre of drag racers. Front seat belts and padded dash were standard.