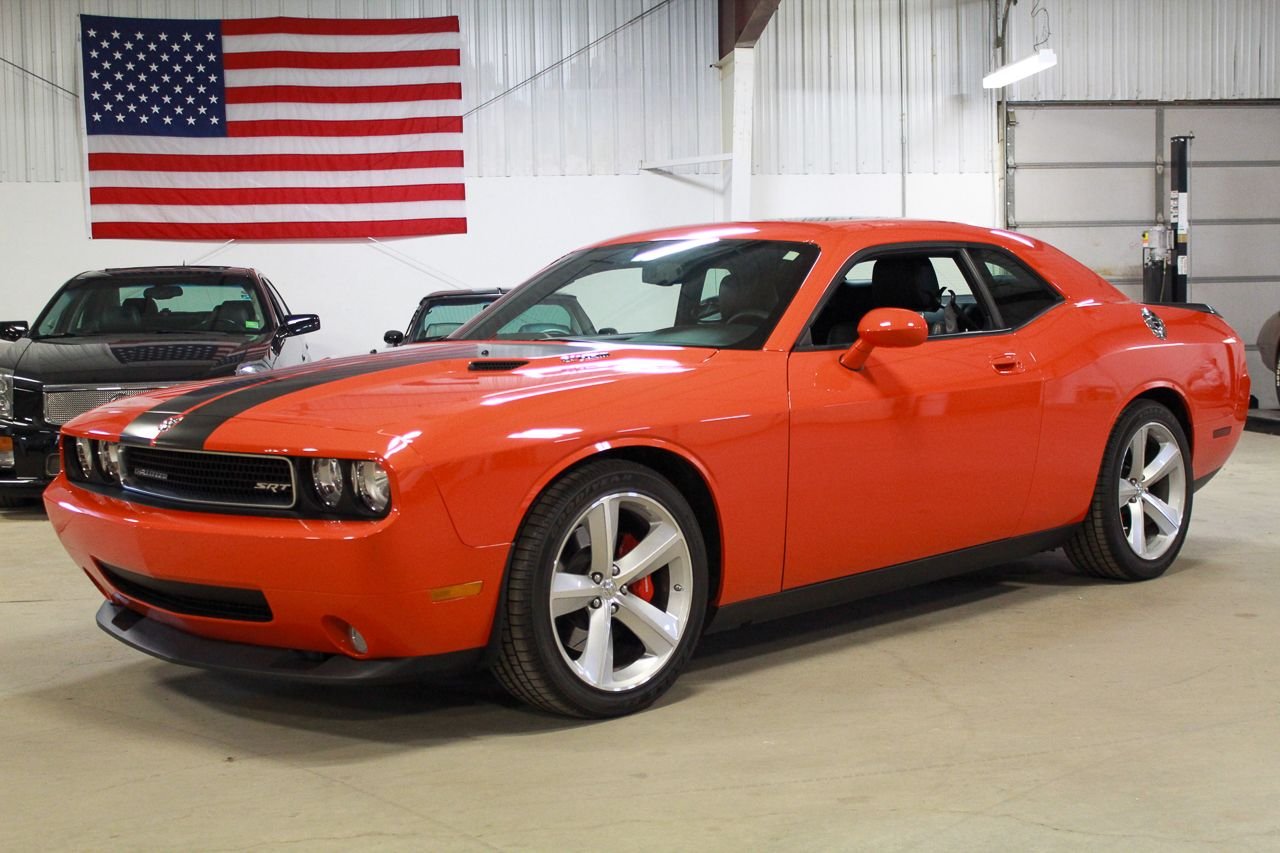 In December of 2007, Chrysler started taking deposits for the third generation Challenger which debuted at the international auto show in Chicago in February of 2008. All of the 6400 US market cars were pre-sold. These initial cars were all SRT8's with the 6.1 Liter Hemi. Production commenced in May, making it a late and short run for the 2008 model year. These cars were in response to the brought back and retro look of the Chevrolet Camaro. This particular Hemi Orange Pearl over black car has had just one owner since new and has driven the car just 3,000 miles since he took delivery in October of 2008. This car is #1903 out of 6400 built and has had climate controlled storage since new. The seller claiming that the windshield wipers have never been on and the car has never been washed with water. This thing is like new. Has had one oil change in its life and still smells like new. Comes with the window sticker, owners manuals, both sets of keys, original registration and clean carfax. This beast starts, runs, sounds and drives as you can imagine it would.