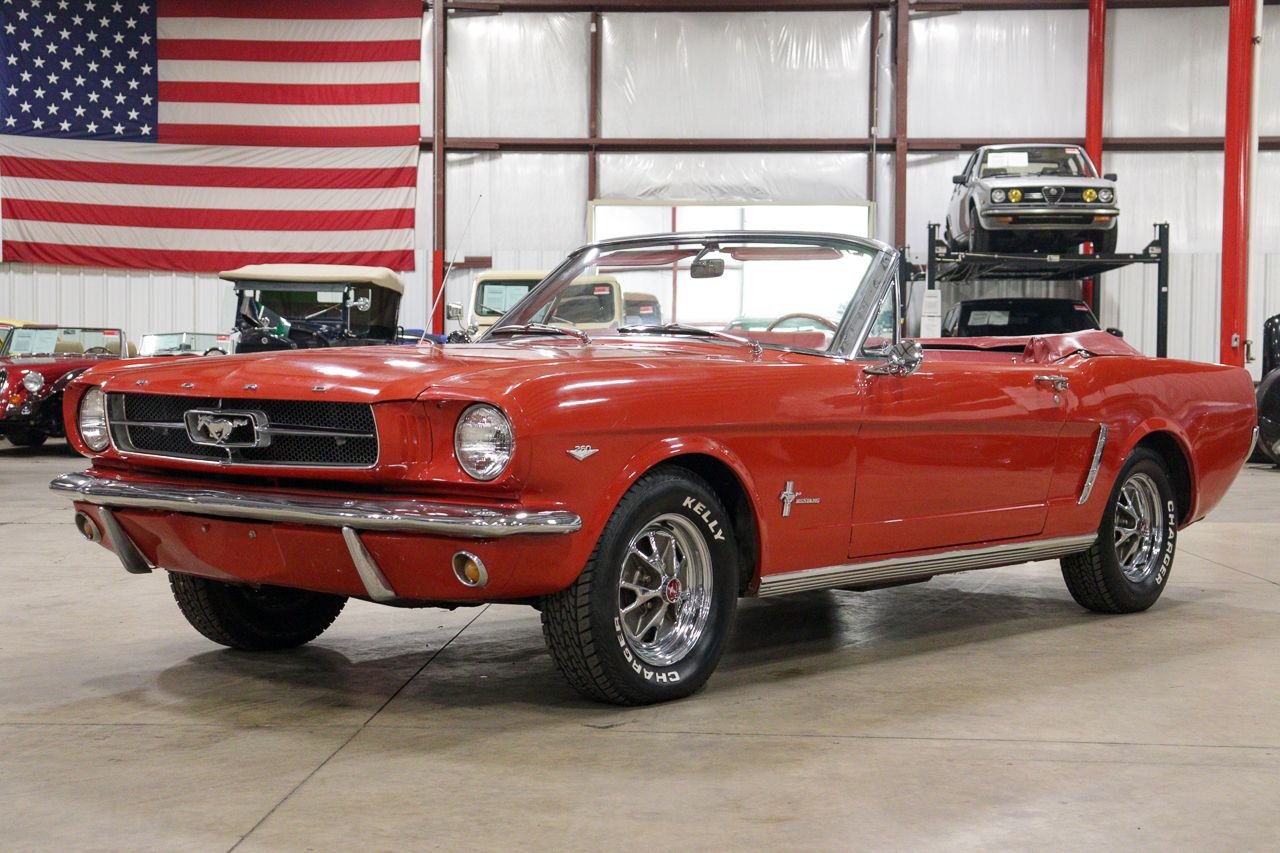 GR Auto Gallery is pleased to present this highly original 1964 ½ Ford Mustang convertible for your consideration. All Mustangs built between March of 1964 and August 17th, 1964 are considered “early 1965” Although originally the Mustang was advertised as an early 1965 model, Ford made some changes to the later 1965 models that differentiated the two, and it is known today as the 1964 1/2 Mustang (1964.5 Mustang). Thus, the term 1964 1/2 or 1964.5 was eventually coined.

The example here is finished in Rangoon Red with a red interior with a white convertible top. It is powered by its low production 260 v8 paired with a C4 automatic transmission that was rebuilt and has receipts showing the work done. The engine fires right up and runs well and the transmission shifts as it should. The vin decodes as follows:

Highlights further include AM radio, center console, 14 inch factory wheels. The body is straight and appears to be very solid. The car has had recent brake and carburetor work. The car has been owned and loved by the same owner for the last 21 years and is now ready for its next owner and immediate enjoyment.