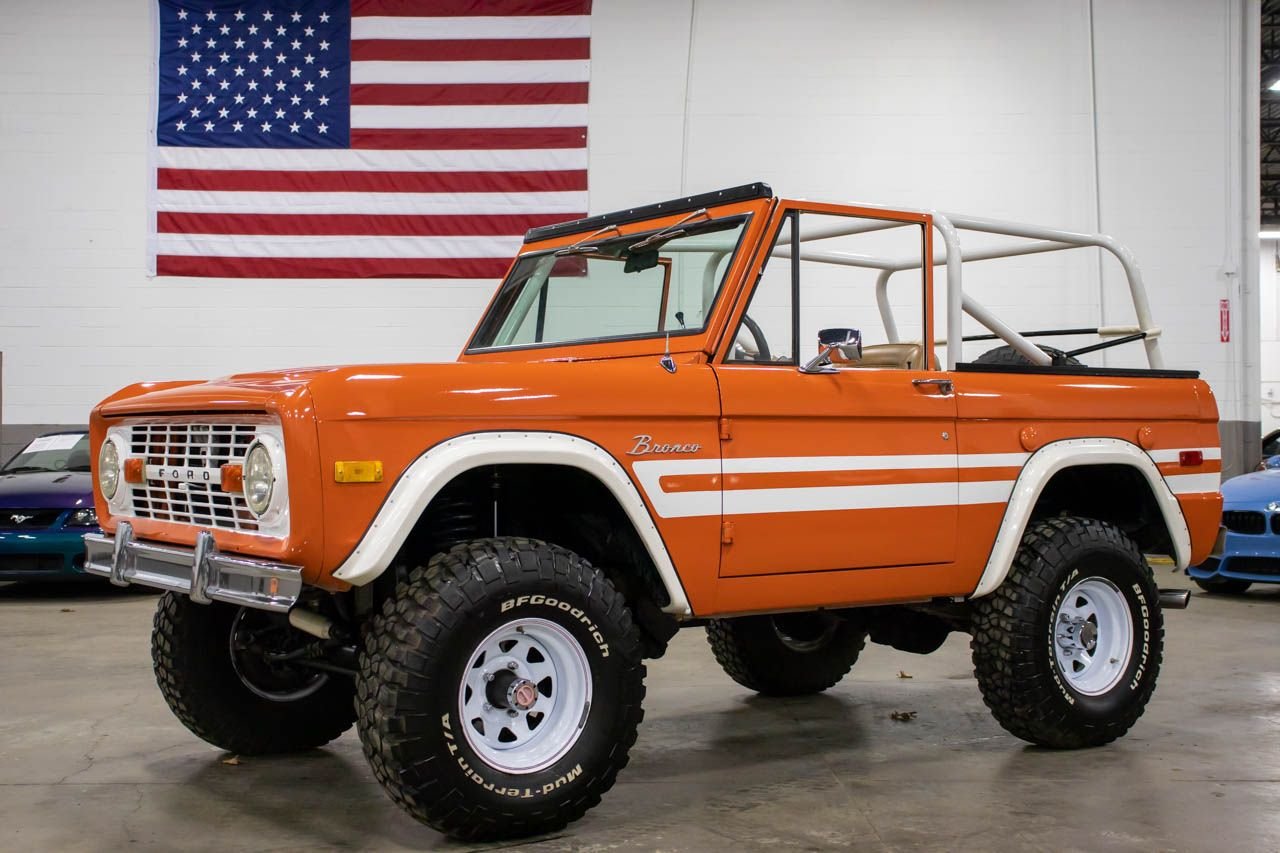 GR Auto Gallery is pleased to present this 1976 Ford Bronco for your consideration. Making this Bronco look so good is the Orange and white paint job complemented by a tan interior. Powering this Bronco is believed to be the original 302 motor paired to the matching automatic transmission. This Ford was brought up from Texas and had only 3500 miles put on it since the rebuild. Some of the things they did included a new top end on the motor, cooling system, fuel system, brakes, and power steering. So if you are in the market for a fun weekend cruiser this is the ride for you!

The Ford Bronco is a model line of SUVs manufactured and marketed by Ford. The first sport-utility vehicle developed by the company, five generations of the Bronco were sold from the 1966 to 1996 model years; a sixth generation of the model line is an upcoming vehicle to be sold for the 2021 model year.1 The nameplate has been used on other Ford SUVs, including the 1984-1990 Ford Bronco II compact SUV and the Ford Bronco Sport compact CUV.
Originally developed as a compact off-road vehicle using its own chassis,2 the Bronco initially competed against the Jeep CJ-5 and International Harvester Scout. For 1978, Ford enlarged the Bronco, making it a short-wheelbase version of the F-Series pickup truck; the full-size Bronco competed against the Chevrolet K5 Blazer and Dodge Ramcharger.
Following a decline in demand for large two-door SUVs, Ford discontinued the Bronco after the 1996 model year, replacing it with the four-door Ford Expedition (and the larger Ford Excursion). After a 25-year hiatus, the sixth-generation Bronco is a mid-size SUV for the first time, competing directly against the Jeep Wrangler as both a two-door and a four-door convertible.
From 1965 to 1996, the Ford Bronco was manufactured by Ford at its Michigan Truck Plant in Wayne, Michigan, where it will also manufacture the sixth-generation version