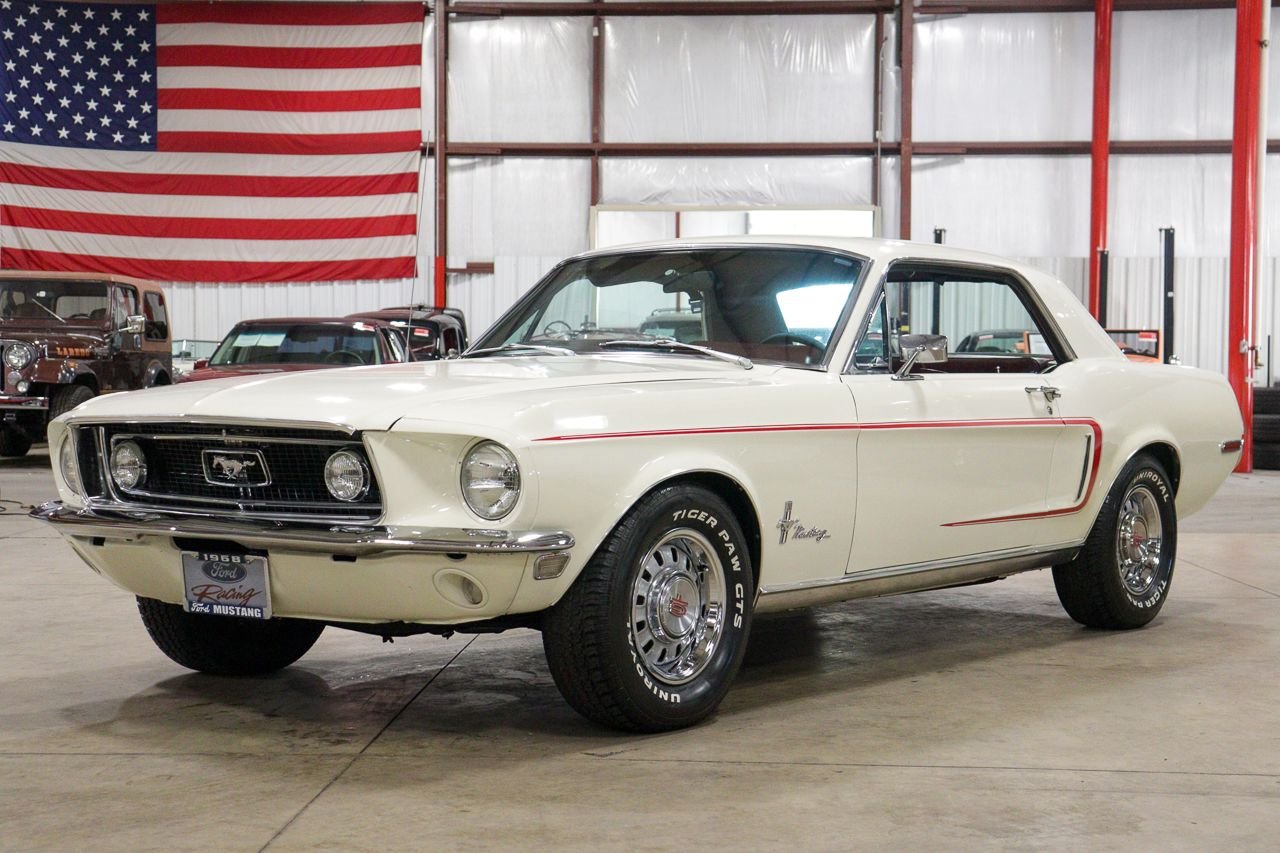 GR Auto Gallery is pleased to offer this 1968 Ford Mustang for your consideration. The 1968 Sprint was originally introduced midway through the 1966 model year when Ford introduced the Millionth Mustang Sale featuring the limited-edition Sprint package which had a lot more chrome and a different engine due to engine availability problems in 1966. The Sprint option remained in later years with just the additional chrome and paint options which gave the car a GT look without the price. The 1968 Mustang Sprint option "A" consisted of GT stripes, pop-open gas cap and the full wheel covers of six cylinder Mustangs. The "B" option received the V8 engine, Argent styled steel wheels with Wide Oval Tires, and GT fog lamps. Early in 1968 this package was sold as limited-edition Mustangs "C" stripe, and by mid March called a limited edition Mustang Sprint offered in all body styles The Mustang offered here is powered by a 289 V8 engine. The motor is mated to an automatic transmission that shifts strong and smooth. Mechanically, the drivetrain of the car is super solid and powers this super cool Mustang down the road with ease. The Mustang has Edelbrock aluminum heads, headers, polished aluminum intake, Holley carburetor, MSD ignition and coil, power steering, new front shocks, GT wheels.

The exterior is finished in striking Wimbledon white color with red accents around the exterior. The selling owner has owned the car for about the last 4 years and the previous owner had it in his possession for 35 years.

On the interior, you will find gorgeous red leather seats. The door panels, carpet and headliner are all in excellent condition as well.

When Ford introduced the Ford Mustang in 1964 and an instant love affair with the American Pony Car was born. The Mustang was smaller, lighter, and more nimble than any American manufacturer had produced thus far. This coupled with its fresh design, the Ford Mustang became a must-have among the American public. 1967 marked a pivotal year for the Mustang, as this was the first time since the first generation made its debut that vast changes were made to the Mustang. Making it larger and having many more engine options than before. It also eliminated some things that did not make sense. 1968 was just the same and by this point, Ford had found the next best thing and had very little for competition comparatively.