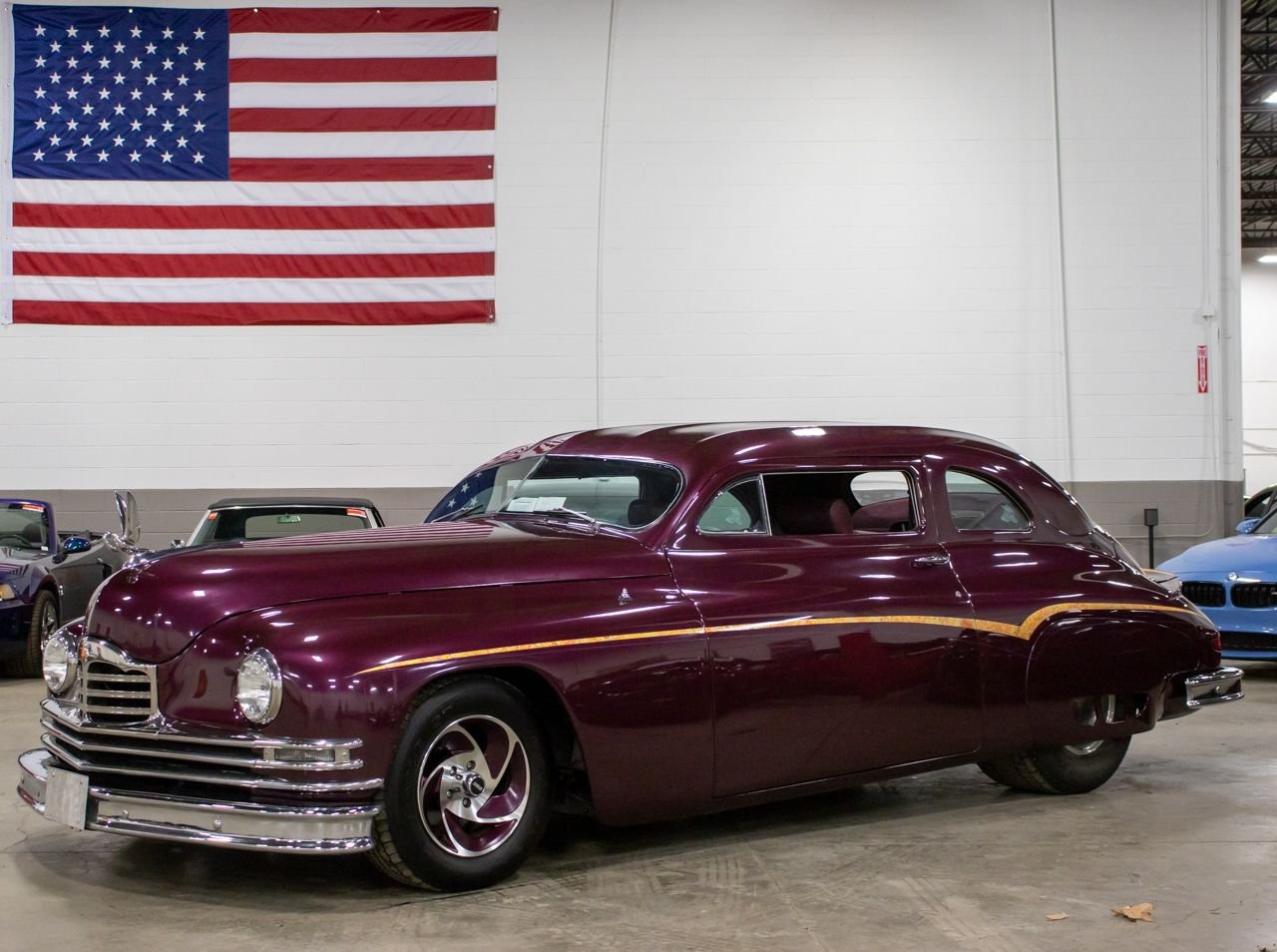 The GR Auto Gallery is pleased to present this one-of-a-kind, Packard Street Rod. Making this Packard one of a kind is the fact that it started its life as a 4 door but now is a stretched two-door, also the chopped roof, ribbed roof, custom see-through fenders, and many more custom features. This Packard street rod (The B-1 Flyer) was built as a tribute to our 3 time NHRA National winning Packard E/Gasser and to showcase the alum. B-1 Cylinder heads for Mopar racing that Dave Koffel developed. The graphics on the car was done by Jim"Dauber" Farr who was the first graphic artist to be in the NHRA Hall of Fame. the interior was done by the late award-winning Jim Roll. The paint and exterior were done by Custom Auto Body of N. Canton, Ohio. Susie Koffel Powering this custom ride is a massive 498ci built V8 by Koffels Place paired to a 727 torque glid. So if you are in the market for a cool custom ride this is the one for you! Please call or email us today for more information.

The Packard Super Eight was the larger of the two eight-cylinder luxury automobiles produced by the Packard Motor Car Company of Detroit, Michigan. It shared frames and some body types with the top model Packard Twelve. The 1933-1936 Packard Super Eight was a big classic. In 1937, it was reduced to a smaller and lighter design.4 Following the discontinuation of the Packard Twelve after the 1939 model year, a new Super Eight One-Eighty was derived from the Super Eight as the new top car range. The Super Eight was renamed the Packard Super Eight One-Sixty. These two models shared most mechanical components including the 160 HP straight Eight engine.
After 1942, Packard concentrated on the new Clipper styling that was developed for an upper-class sedan the previous year. There were Super Clippers and Custom Super Clipper in the One-Sixty and One-Eighty tradition until 1947. After a heavy facelift, the name Clipper was dropped. The most senior Super Eight One-Eighty became the Custom Eight, while its slightly lower-priced sibling, the Super Eight One-Sixty, once again became simply the Super Eight. Clipper Custom Super Eights and Custom Eights were very close relatives to their respective Super models, distinguished outside by the lack of an eggcrate grille and small rear chrome trim moulding under the trunk lid on Supers. In 1949, a new Super Eight Deluxe was added to the line. This car had also the Custom Eight's eggcrate grille, but not the rear trim.
The entire range of Packard's motorcars was renamed for the 1951 model year (twenty-fourth series), when the Super Eight was renamed 400.
To see over 80 photos of this car, including undercarriage please visit our website www.grautogallery.com