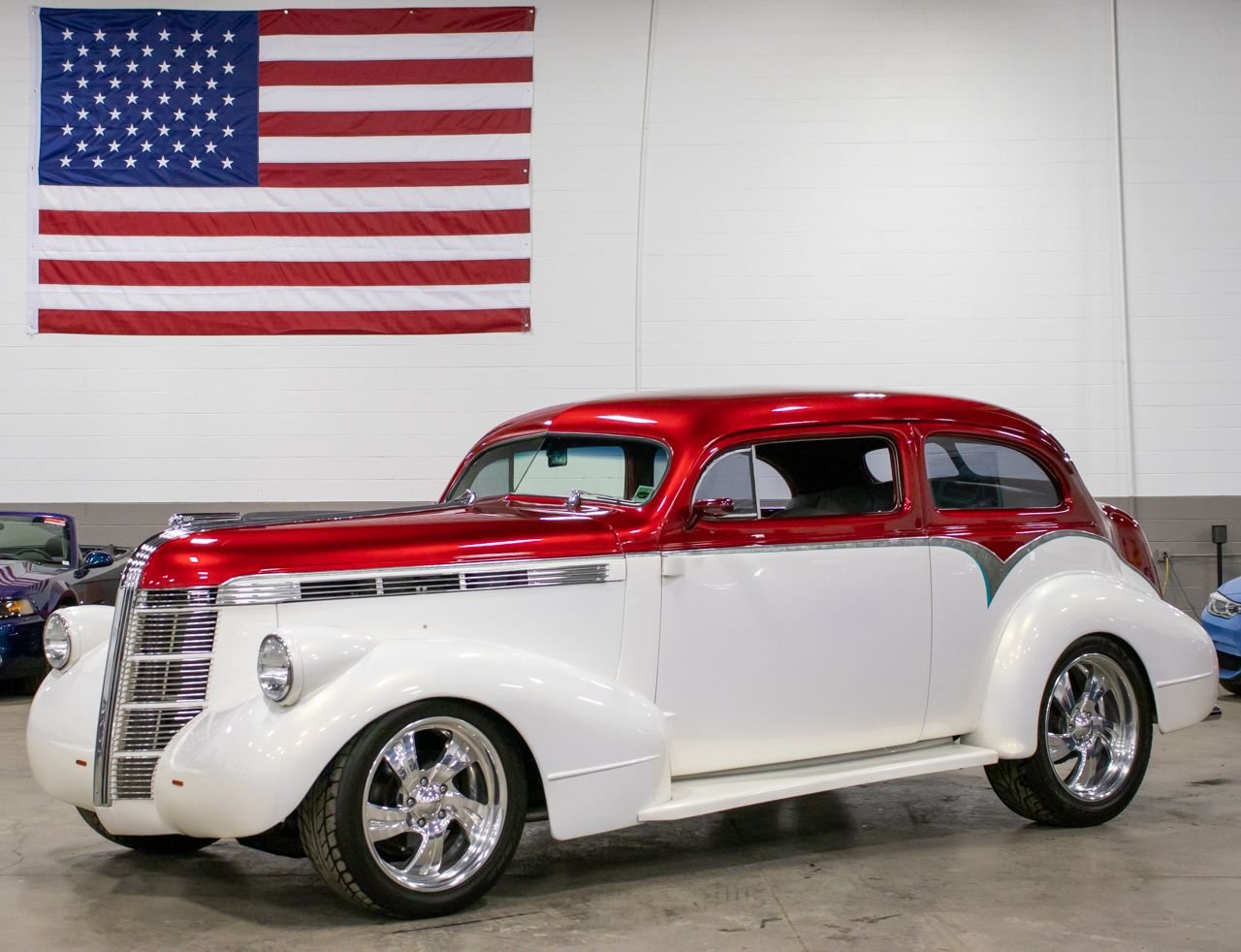 1937 both series were revised again completely.The vehicles were longer and heavier, and also received the "Silver Streak" design of the previous year has a laterally expanded by 8 squares horizontal chrome grille bars.The lights were back on the front fenders. The squad from previous constructions have been a four-door five-seat convertible to me -. Only for the six-cylinder engine - a five-door station wagon with seven seats The two series were renamed 26 (six-cylinder) and 28 (eight-cylinder). After adjustment of the master of the Deluxe was the only Pontiac model. In addition there was drilled engines. The six-cylinder engine had 3649 cc displacement and made ​​85bhp (62.5 kW) at 3,520rpm, the eight-cylinder offered a full 100bhp (74 kW) at 3,800rpm from 4079cc. The model year 1938 brought little change. Only the grille was a pattern of horizontal chrome bars. 1939 for the Deluxe, the new GM A platform was launched. The cars were characterized with constant flatter and longer wheelbase. The grille was changed again next to the Silver Streak four fields with vertical chrome bars and fine-meshed network (see photo). The range of structures shrank significantly: there was only a two-door convertible, a two-door coupe with a three or five seats and the Touring Sedan (Sedan with trunk) with 2 or 4 doors and six seats. Instead Middle shift the cars were now equipped with steering wheel gearshift. In addition to the deluxe this year there was the entry-level Quality 115 with the engine of the Deluxe Six. In 1940 a further modified design with alligator hood and headlights mounted integrated into the front fenders. The six-cylinder engine placed at constant displacement to power and delivered now - as the eight-cylinder engine - 100bhp (74 kW) at 3,700rpm. As a new model this year, the power line model Pontiac Torpedo introduced the following year should inherit the Deluxe. In four years, there were further 578,502 Deluxe.