Those with a love for classic cars, and especially classic muscle cars, will remember well the GM brand of Oldsmobile. The Oldsmobile 442, also stylized as 4-4-2, was initially produced over four generations from 1964 to 1987. Smaller fifth and sixth generations were also revived in the mid-1980s and early 1990s as part of the Oldsmobile Cutlass range. It is not uncommon to see severall of these classic cars for sale. 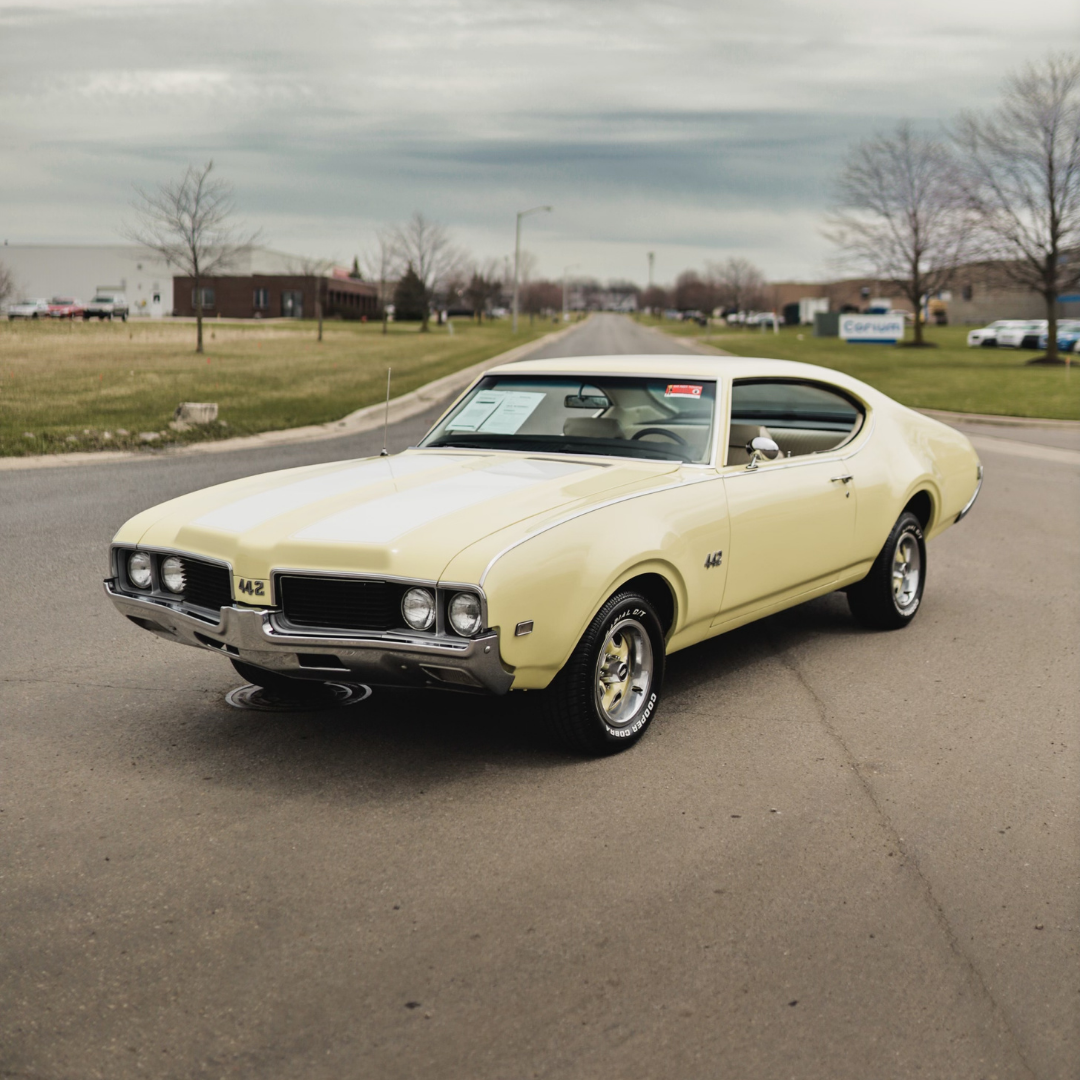 Below is a brief history of this iconic muscle car, its development, and its legacy in the world of classic American cars.

In the GM family, different divisions were competing heavily with each other all the time. It was this competition tradition that helped the Oldsmobile 442 to be born, specifically to compete with the GTO version of the Pontiac LeMans Intermediate. This was only a year after Chevrolet had success with their 1963 Corvette as well. Oldsmobile’s main plan was to improve the Oldsmobile Cutlass model. The main idea came from engineer John Beltz, who was helped along by fellow designers/engineers Dale Smith and Bob Dorshimer. 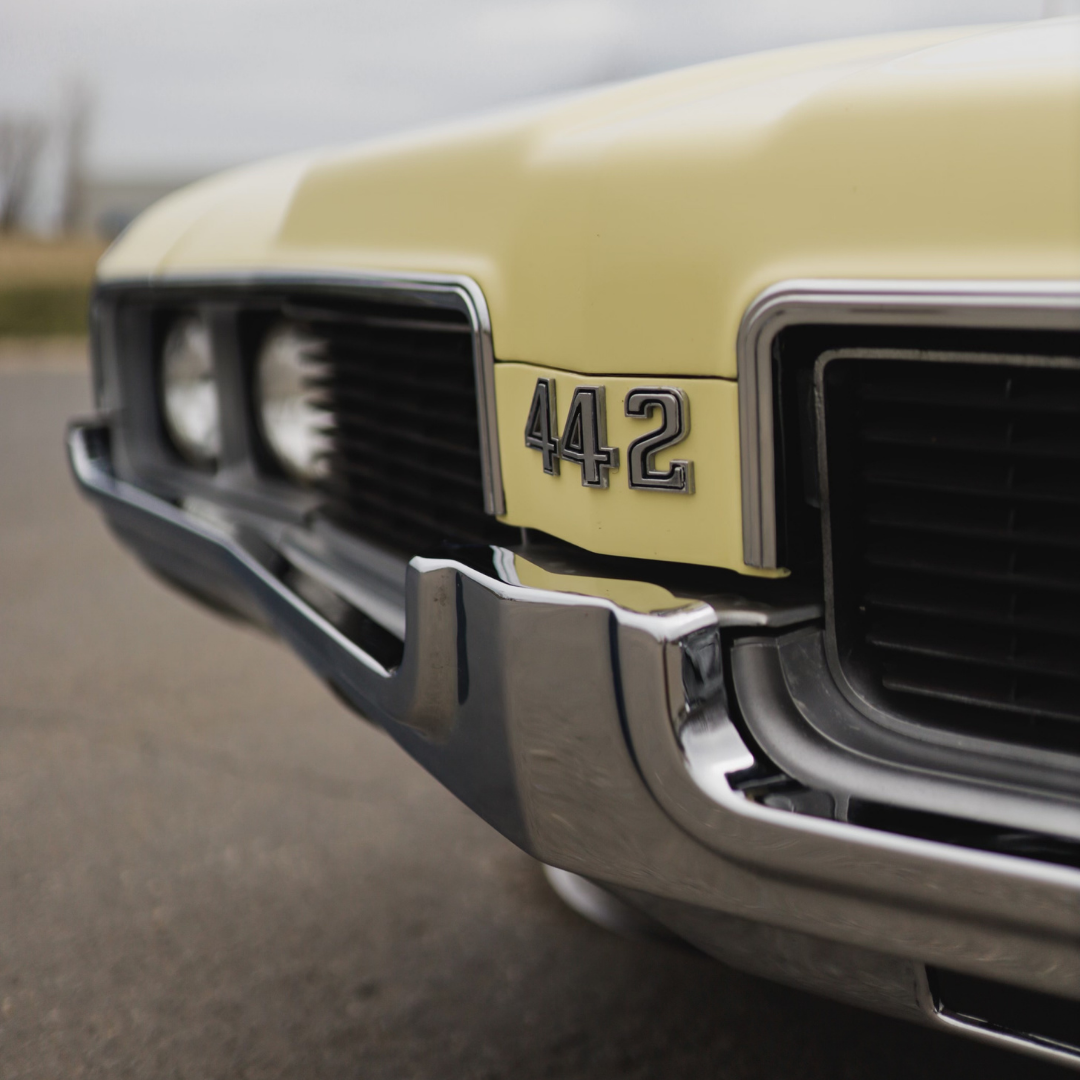 Before the “442” name stuck, Oldsmobile called the 4-4-2 configuration the “B09 Police Apprehender Pursuit” option. The engine outputted up to 310-hp and 355 lb-ft of torque, and surprised many with its decent handling. This was thanks to the inclusion of a heavy-duty suspension system with HD springs as standard, not to mention a heavy-duty clutch. The 310-hp was strong for the time, with the 1967 Mustang boasting 335-hp. Power steering was not a standard feature, but was available. The package was later dubbed 4-4-2. 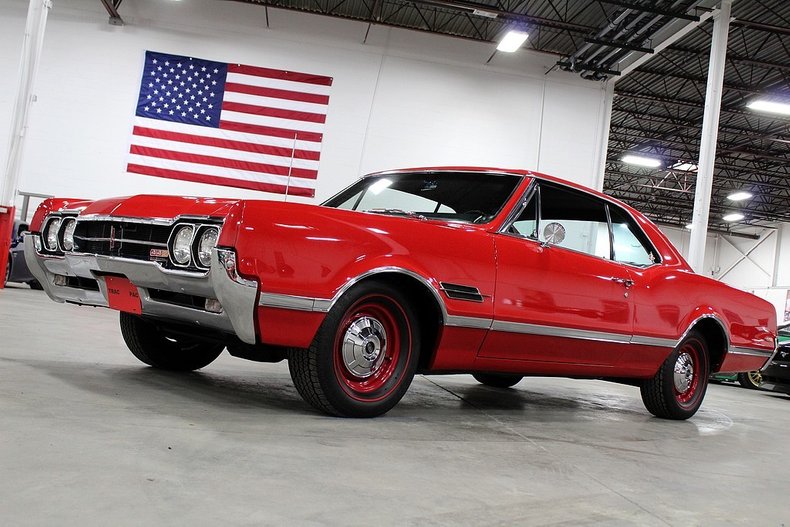 Through the mid and late-1960s, the 4-4-2 was facelifted with a new instrument panel, chrome body side scoops, higher and rounder fenders for a more muscular look, among other enhancements. It wasn’t until the second generation arrived in 1968, however, that major changes arrived which transformed the look of the 4-4-2. It was also the year it officially became the 442 instead of the 4-4-2. The current price of a classic 442 various based on a number of features, but if you find a deal it could be one of the more affordable classic cars.

From 1968 to 1971, the 442 finally became its own model as opposed to its original status as a configuration. The W30 engine package that outputted up to 360-hp was previously a niche option in the first-generation models, but by 1968 had become increasingly common and mainstream in the 442. The exterior was also made more athletic, particularly at the rear end where the formally boxy design was replaced with more coupe-like curves and slopes. The hood also received some rather fetching and powerful-looking vents. 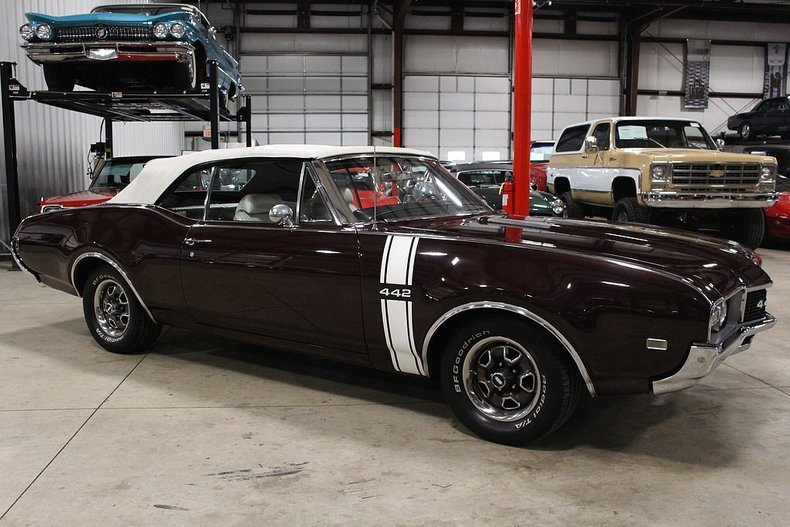 1968 was also the year in which Oldsmobile partnered with Hurst Performance Research Corporation to co-develop premium editions of the 442. These editions didn’t just make use of Hurst parts, but would include them more closely in the development. These models were known as Hurst/Olds, and it included some top models, including the 1968 version that managed 0-60-mph in just 5.4 seconds. Hurst/Olds can be a very valuable classic car in todays market.

In 1970, the 442 became the Indianapolis 500 pace car, which inspired Oldsmobile to create a replica production model in gold and white that could be sold to the public. At its peak in 1970, the 442 muscle car was getting up to 455-hp as standard, but growing government regulations on horsepower along with increasing insurance prices, started to push muscle cars out of the public imagination. 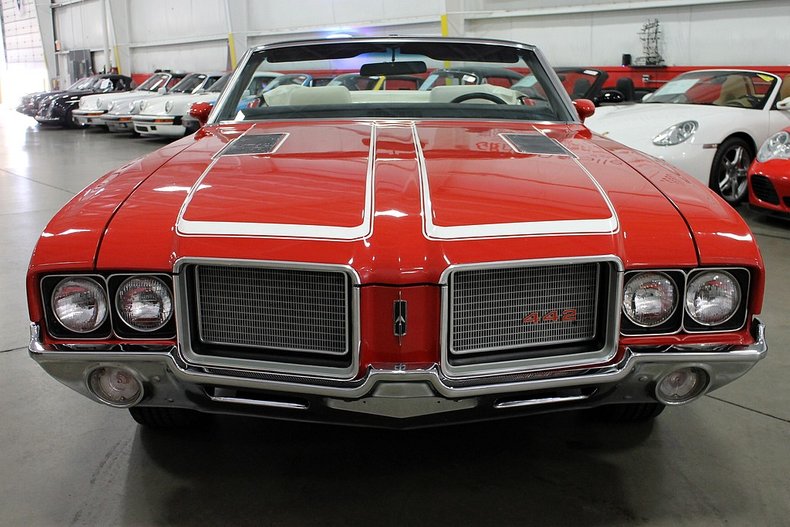 The final 'muscle car' 442 was produced around 1972, and after that while the name did endure for a number of years (see below), yet it was never quite the same as it was in the early days. The third generation arrived in 1973, but the onset of the early 1970s oil embargoes and resulting energy crises saw the 442 fall into disrepute as a relic of the past. The drastic rise and fall of this Oldmobile make it an important vehicle to American automotive history, and you will commonly see the 442 at classic car musems!

Engines were downsized, and the overall muscle and prowess of the late 1960s era were stripped from it. It was eventually discontinued, but not before being revived briefly once again in the 1980s. In our opinion, the Oldsmobile 442 is one of the best classic cars of all time. 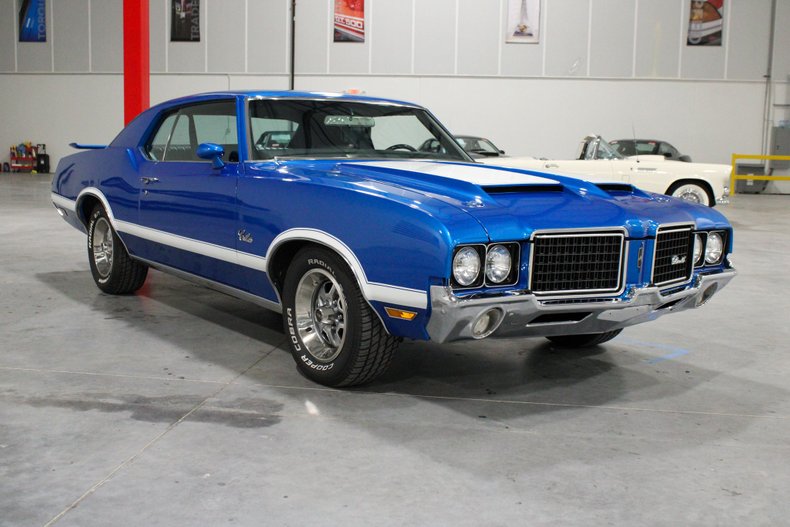