What are OBS Trucks and why are they so popular?

What is an OBS truck and why are they so popular?

There is no doubt that pick-up trucks have served an integral part in American society since their introduction as part of the Model T line-up in the early 1910s. Seemingly countless iterations of these vehicles have hauled, towed, and overall traversed America since their introduction. But among these millions of trucks still on the road today there is one generation that has captured the hearts of American’s more than any generation before or after. These trucks are commonly referred to as “Old Body Style” trucks or rather OBS trucks. Entering production in the late eighties and continuing through the late nineties, OBS pick-ups are a true American icon.

The Ford F-Series is commonly recognized as one of the most desired trucks from the OBS era. Beginning with the eighth generation of the Ford F-Series truck built from ’87 through ’91, this new generation was a major revision from the previous generation which some refer to as an OOBS truck (old-old body style). 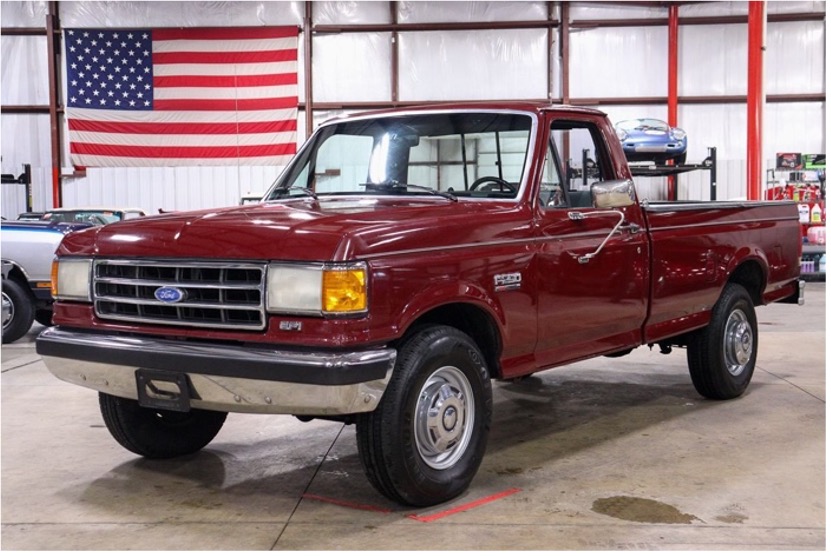 The eighth generation did share a cab with the previous generation but many of the body panels were revised with the addition of a completely new front-end design. Additionally, the interior was updated, and the flare side (step side) bed option was discontinued. In 1992, Ford released the ninth generation of the F-Series which was another redesign of the platform introduced in 1980. These ninth-generation trucks are some of, if not the most, sought after OBS trucks. 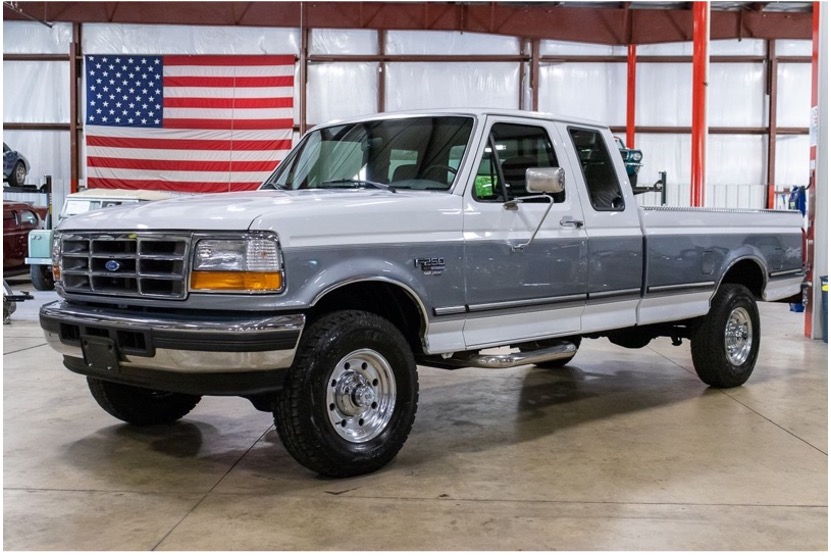 Ford adapted design ques from the Explorer SUV that had been recently introduced. Additionally, the bed was redesigned to appeal to younger buyers by updating to a more modern design. The sleek front end of these trucks is, in our eyes, some of the best-looking trucks to have ever been produced. Ford also brought back the flare side bed and introduced the SVT Lightning performance truck to compete with Chevrolet’s 454SS C1500.

The Chevy and GMC trucks from the era are also very popular but differ from the Ford’s as the most desirable years are from the generation prior. The boxy looks of these General Motors trucks are commonly sought after as buyers love the boxy and rugged exterior appearance. GM, the parent company of both Chevrolet and GMC, released their trucks with either a “C” or “K” before the weight designation. A Chevrolet C1500 would be a two wheel drive half ton whereas a K2500 would be a four-wheel drive three quarter ton truck. 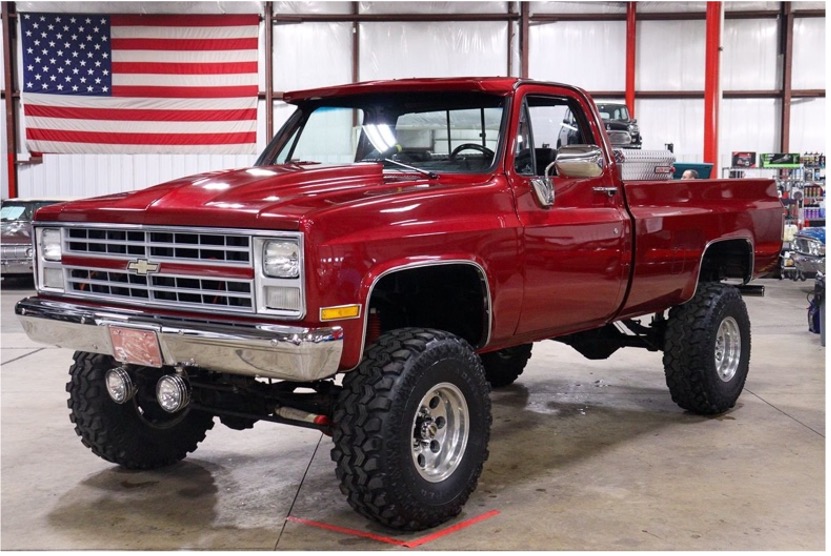 Any combination of drivetrain allowed buyers to choose what level of capability they wanted their new truck to have. The most sought-after GM OBS trucks are those of the third generation which was produced from ’73 all of the way through ’91. This generation of truck was dubbed the Rounded Line generation, but it commonly referred to as a “Square Body.” Beginning in ’88 General Motors released the GMT-400 which was the successor to the Square Body trucks. The GMT-400 was offered in both the Chevrolet Silverado and GMC Sierra variants as well as there being SUV models. 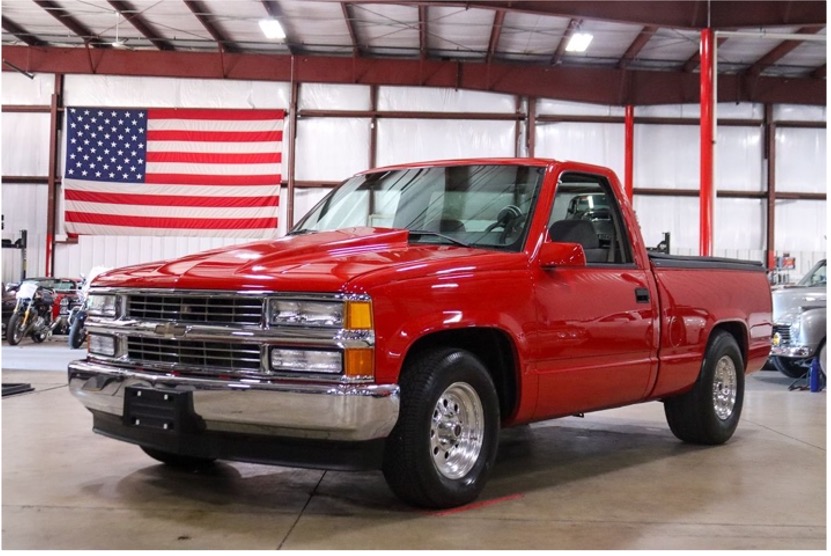 In 2002 GM phased the GMT-400 out as the GMT-800 was released but the new-generation trucks were not met with strong first impressions. Many people preferred the older style of trucks, and it was not until a few years ago that people began to appreciate the GMT-800.

Two additional reasons for the recent rise in popularity of the OBS trucks is that they are easily customizable and very simple to maintain compared to today’s trucks. A quick search online will offer a virtually unlimited array of available aftermarket headlights and taillights for any of these trucks. Additionally, suspension modifications such as lift kits, engine performance modifications, tuners, wheels, and tires are all readily available for these iconic American trucks. Also, older trucks are far less complex than trucks currently rolling off the production line. While some may have a distaste for the simple interiors and lack of luxurious features such as ventilated seats, panoramic sunroof, or power folding tailgate, many enjoy the simplicity of the older trucks.

The OBS truck craze was not limited to just pick-up trucks. Highly sought-after models include the Ford Bronco, Ford Expedition, Chevrolet Suburban/Tahoe, and GMC Yukon/Yukon XL. These SUVs were produced throughout the same era in which the OBS trucks were. For those looking for the style and simplicity of an OBS truck but would rather carry extra passengers or even just those who prefer the overall look of an SUV, the OBS SUVs are a great choice.

With their rise in popularity within the last few years, the value of OBS trucks have skyrocketed as they have become harder to find. Rust free and low mile examples can still be found in the hands of private owners in pockets across the country but finding a good deal can be a real challenge. When it comes to selling an OBS truck, national attention will bring the most money. Here at GR Auto Gallery, we have sold 30+ OBS trucks within the past two years in a variety of drivetrain configurations. National exposure is the way to go when getting top dollar for an OBS era truck. 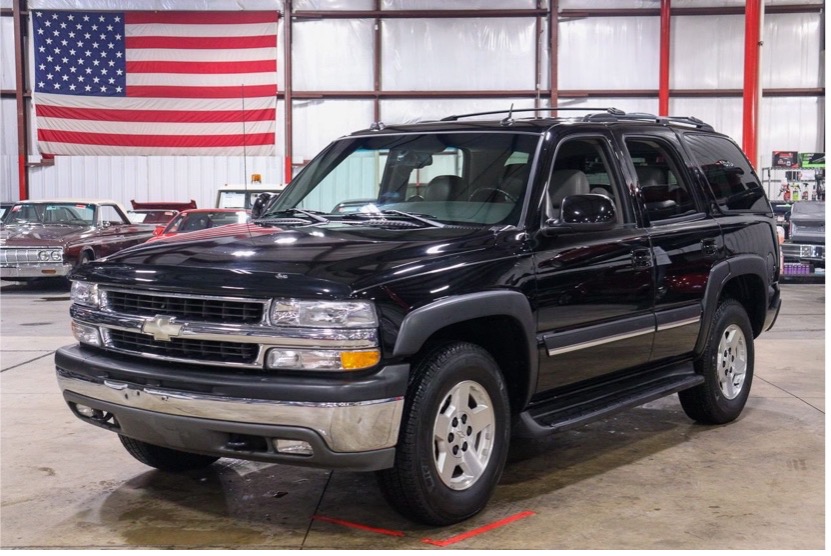