The Cadillac DeVille was one of the longest-running car marques in the history of General Motors. The first DeVilles rolled off of the production line in 1958. Production continued up to 2005, spanning 8 generations of in total. Below is a brief history of one of the most iconic classic cars, with a special focus on the Coupe DeVille! 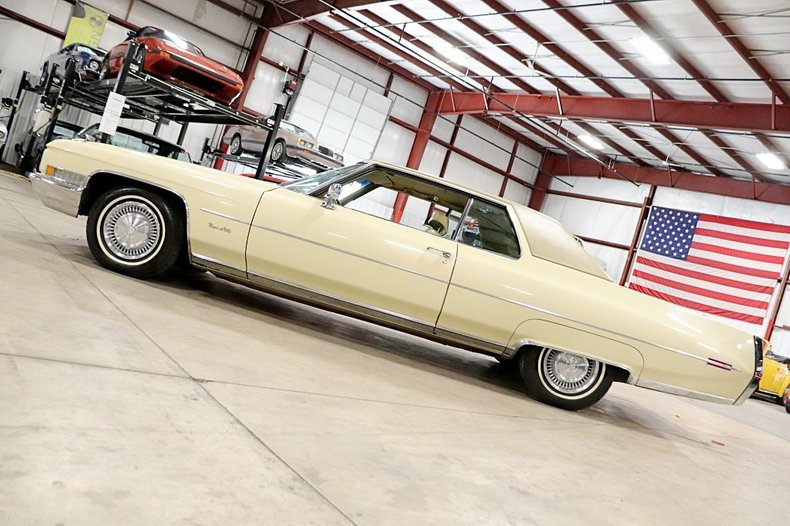 Hopefully we won’t disappoint fans of Disney’s classic 101 Dalmatians too much when we point out that the DeVille name isn’t connected to the iconic villain of that story. The name comes from the French phrase 'de la ville' which means “of the town.” In other words, this was meant to carry the air of the traditional Coupe De Ville or private short carriage with a separated area for the driver. The Cadillac Coupe DeVille was designed to be a luxury town car.

The first concept and prototype model, called the 'Coupe de Ville', was shown at the 1949 Motorama show. The key standout features included the Cadillac Sixty Special chassis, dummy air scoop, chrome trim, a one-piece windshield, and black with gray trim interior. It was even equipped with power windows and a telephone! This model was owned by then GM President, Charles E. Wilson. 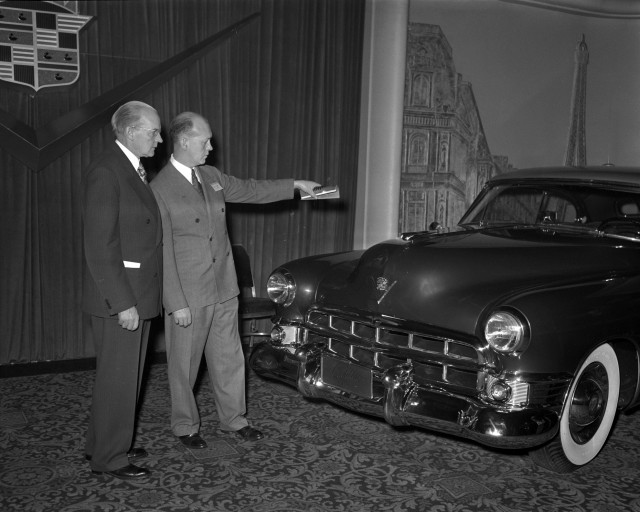 Early development models of the DeVille marque were dominated by the Cadillac Series 62 Coupe de Ville. It was first made in 1949, and then augmented in 1956 with a sedan version. It was always known throughout its development for its luxurious features and styling. It wasn’t until 1959, however, that the first generation of the formal Cadillac Coupe DeVille arrived.

The first-generation models were still styled as the 'Cadillac Coupe de Ville' and it wasn’t until the 8th and final generation that the contracted form 'DeVille' was used. The 1959 Coupe de Ville’s most distinctive feature was certainly its enormous tailfins and bullet-shaped tail lights. It was certainly a head turner, but also quite typical of what was going on at the high end of the car market. The first 5 generations from 1959 to 1984 were all designed by veteran GM designer Bill Mitchell. He also designed and/or influenced the Cadillac Sixty Special, 1963 Corvette, the Buick Riviera, the iconic classic muscle car Chevrolet Camaro, and many others. 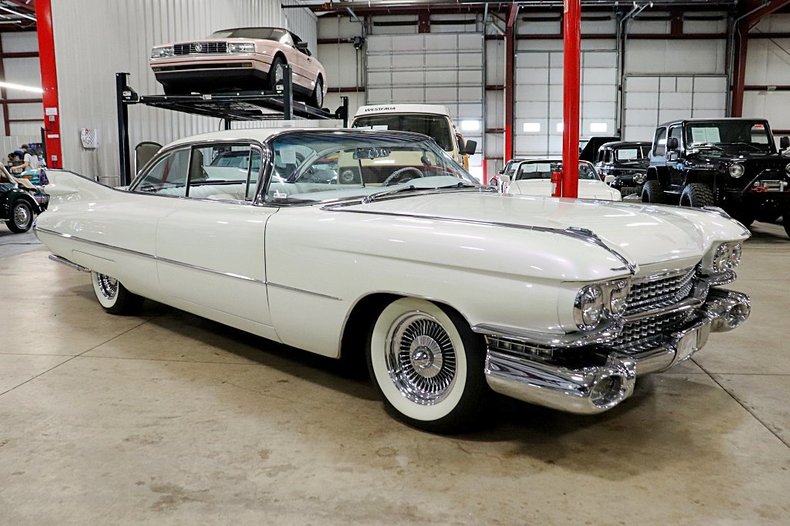 Along with cars like the Chevrolet Bel Air, the Cadillac Coupe de Ville in its earliest generations was built as a declaration of an entirely new outlook on automobile design. Gone were the warring days of pure function and efficiency of the 1940s and early 1950s. It was now time for style and decadence, and these tailfins were a big part of that.

First-generation models were powered by a 6.4L V8 engine and paired with GM’s world-renowned 4-speed Hydra-Matic automatic transmission. After the wilder designs of the first production year, however, de Ville models from 1960 were smoothed out and toned down a little - but only a little. It gained a full-width grille, and the front bumper guards were removed, along with some of the chrome. The application of which had been set to “overkill" in 1959. If the owner has done a good job with classic car maintenence, these features should still be well in tact.

The second generation saw a new 7.0L V8 engine added to the powertrain options. The edges, grilles, and tailfins continued to be pared down and smoothed off to form a more coherent and unified design language. The design continued to be facelifted periodically through its second and third generations until 1971 when GM performed a major redesign on all of its models. This was the fourth generation of the Coupe de Ville. The earlier generations can be found at many classic car musuems! 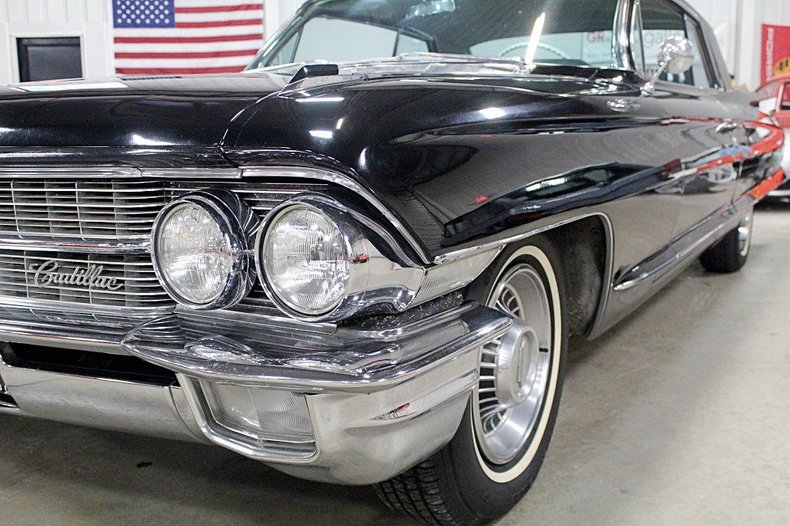 By the last two Mitchell-designed generations, the Coupe DeVille had become distinctly more straight-lined in its design. It featured more powerful body lines emanating from the hood the large frame of the vehicle. Notable changes included, but were not limited to, the wide eggcrate front grille design and square bezels for the front headlamps. This model even introduced optional airbags in 1974, then known as the Air Cushion Restraint System.

By the 1980s, the Coupe de Ville had already offered many impressive features and helped inspire design language that was emulated not just in other GM vehicles but even by other OEMs. Cadillac at the time was one of the world hallmarks for great luxury cars. The sixth to eighth generations saw the exterior design become somewhat more understated, and the powertrain reduced in displacement to powerful but smaller V8 units.

New designers Irvin Rybicki (sixth-gen), Chuck Jordan (seventh-gen), and Wayne Cherry (eighth-gen), each brought new design elements. The designers gradually updated the Coupe DeVille in the 2000 model year to include such features as Night Vision, which was a world first at the time.

The eight-generation DeVille was the final one produced, running from model years 2000 to 2005. The fact is that the Coupe de Ville actually died a little earlier back in 1993 with the end of the sixth-generation, after which time it became sedan only. Its legacy is one of pioneering style and luxury; one of the first true luxury cars built purposefully for more than just function. 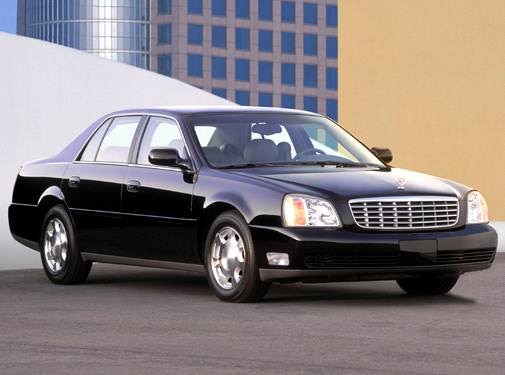 The DeVille name was retired in 2006 and replaced with the DTS line, which is seen as the continued development of the DeVille model line. The price of the various DeVille models range, but are commonly one of the most affordable classic cars available. If you are a proud owner of one, check out our value guide for classic cars to get an idea for how much it is worth.