A Guide To Antique Cars

In the world of older cars, there’s some confusion between the terms classic and antique, not to mention vintage. Some people think these are just different words to describe the same thing: old cars that still have some popular status among modern buyers. Well, there’s some truth to that, but actually these three terms do have different recognized definitions, and it still depends exactly on who you’re talking to if you want to get very precise about it. 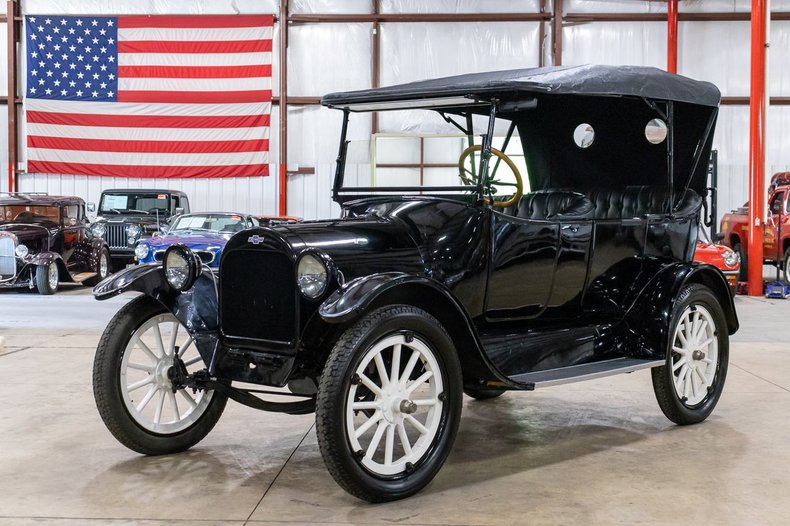 In today’s blog, we’re focusing in particular on the 'antique' moniker. What does this term mean? What are some examples of popular antique cars? These questions and more we will attempt to answer below. Check out our what is a classic car blog for similar information!

What Is An Antique Car?

Traditionally speaking, in the US at least, the “Antique” era of automobile production was the period that started with the beginning of the automobile and ran up to 1920, at which point the “Vintage” era kicked in. The United Kingdom has a slightly broader view of that era, taking it all the way up to 1939, thus including the Vintage era within the broader “Antique” spectrum. 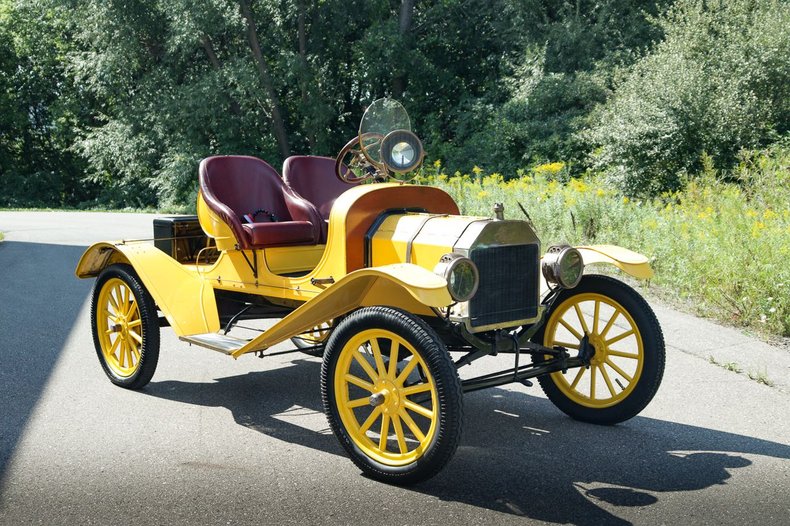 It may seem something of a contradiction in terms to have a contemporary “antique” definition. In the more common and everyday sense, “Antique” is a classification that refers to any that was manufactured 45 or more years ago. At the time of writing in early 2022, that would make the latest year of the Antique cars the 1977 model year.

“Classic” cars are those that are 20+ years old, so in a sense, all Antique cars are also Classic cars, but one further distinction lies in their use. The term Antique car tends to refer to models that are 45+ model years’ old, but also models that are not used for everyday driving. Many classic cars are still used as daily runarounds and general personal transport. 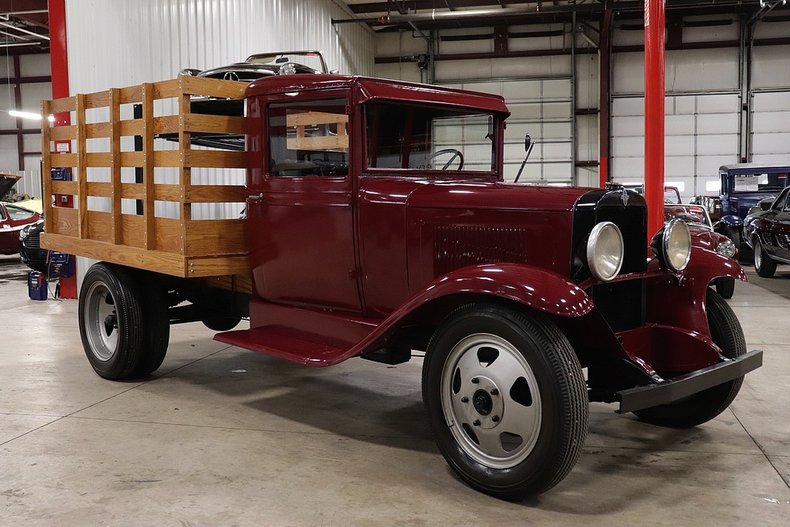 To be clear, Antique cars aren’t broadly unused because they can’t be driven. Most often it’s because the owner wishes to preserve their condition as long as they can, possibly to increase its value as an investment. The contemporary definition as a whole is perhaps more useful because it’s invariably how insurance companies classify these cars.

Only 1,171 Porsche 356 Speedsters were ever made before the model started to fall into decline. Since the 1990s, there have been numerous replicas created, so antique shoppers have to keep their eyes open for the real deal. Finding models with their original features is even harder, with many having been refitted. The typical powertrain was a 1.6L engine with 96.5 cubic feet displacement. It was a 4-cylinder naturally aspirated unit with dual downdraft Zenith carburetors. 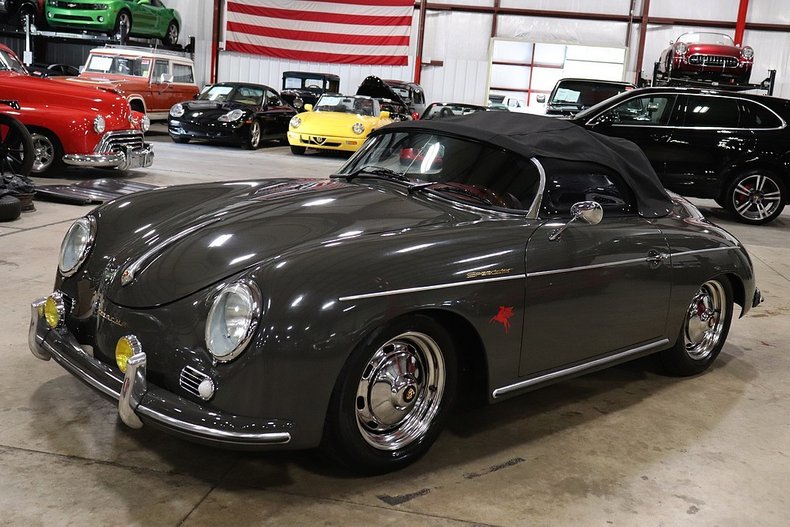 The El Camino was unique as it offered coupe styling with truck-like utility in the form of a cargo bed at the rear. The 1964 coupe was the first car in the second-generation series which ran from 1964 to 1967. The 1964 model is notable because it carried both Chevelle and El Camino badges, but that model year didn’t have the most powerful engine options for the Chevelle-badged options. It was also the last of its kind before being facelifted in 1965.

The standard V8 engine was a 283 cubic-inch unit small-block engine delivering up to 195-hp. But, there were 2 more powerful limited edition V8 engines in the 1964 year, the most powerful of which got up to 300-hp. 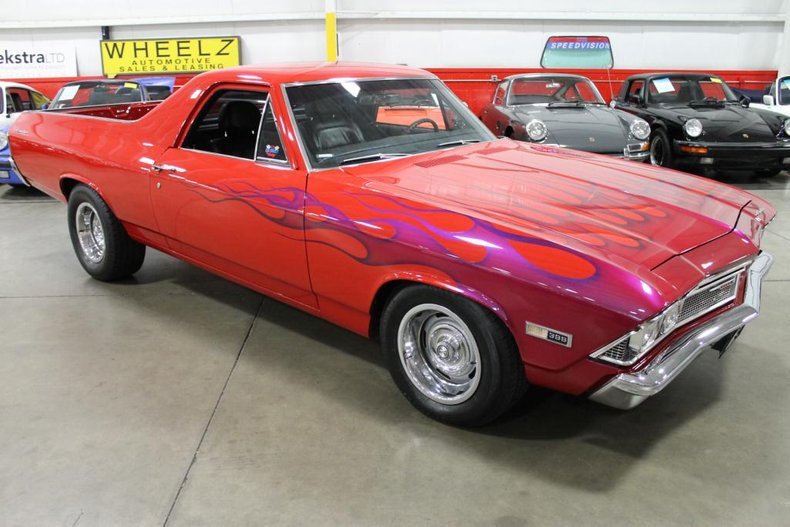 The 1968 Dodge Charger was the first of the second-generation models, receiving a full redesign from the previous Charger (1966-1967).  The ‘68 model was initially estimated for a 35,000-unit production run, but demand skyrocketed and there were more than 96,000 models made in the end, making it great for collectors to find. The models with the newer 225 cubic-inch slant-6 engine are particularly desirable. 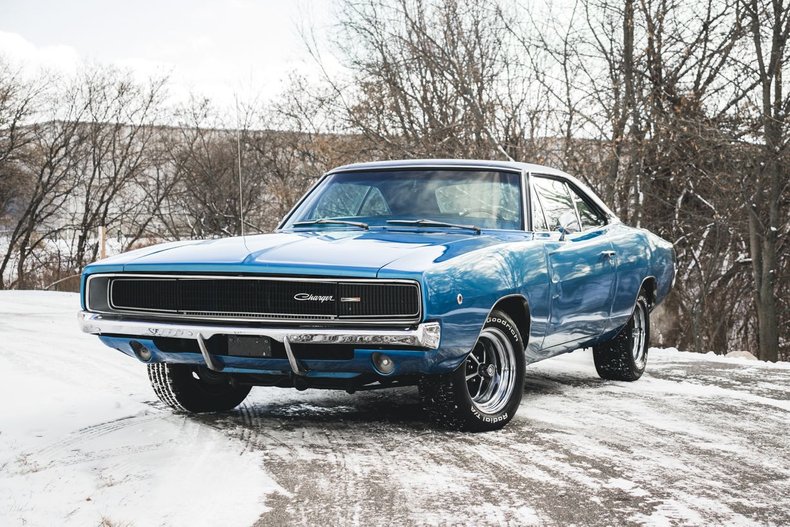 The Chevy Camaro got a major profile boost --- not that it especially needed it --- thanks to a (just about) Antique 1977 Camaro being the initial car form of fan-favorite Autobot, Bumblebee. The character later updates its exterior to a brand-new model (at the time of filming) in reaction to his passengers making fun of his seemingly decrepit exterior. The Camaro is one of the most popular classic muscle cars of all time.

Steve McQueen’s memorable picture, “Bullitt” featured an even more memorable Antique car in it, namely the 1968 Ford Mustang GT390…the Bullitt Mustang. This film helped propel Mustang as a marque to the furthest corners of the world. Even today, the Mustang enjoys even more popularity in China than it does in the US. That same Bullitt Mustang was sold at auction in 2020 for the princely sum of $3.4 million. That just goes to show the “pop culture factor” on these cars. The 1967 Ford Mustang has a similar popularity. 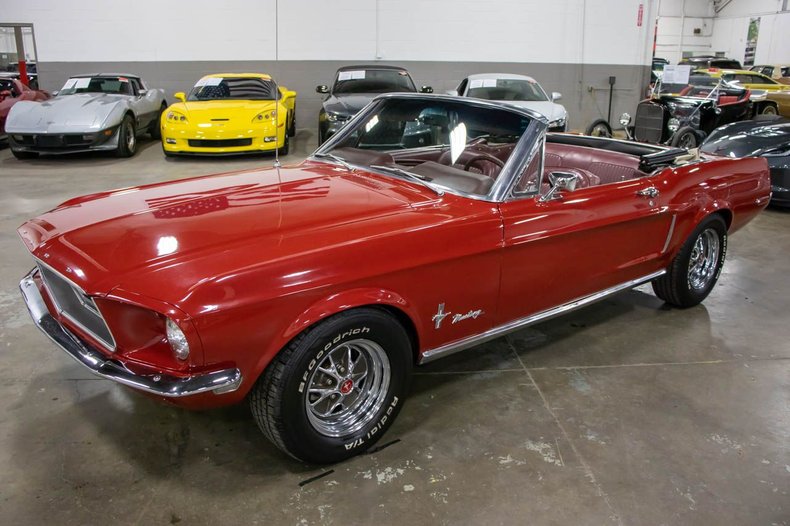 “The Dukes of Hazzard” - Dodge Charger

As a final example, who could forget “The General Lee” from classic TV series “The Dukes of Hazzard” which of course was a 1969 Dodge Charger. The 1969 Dodge Charger is a true pop culture classic, inspiring generations of horsepower lovers to get their own brightly colored Charger.